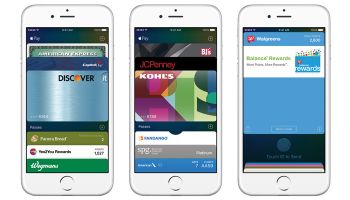 Apple announced that its Apple Pay will add support for rewards programs and store-issued credit and debit cards with iOS 9.

Meanwhile, in a simultaneous announcement, Square unveiled a wireless reader that will enable any business with a tablet or smartphone to accept Apple Pay and contactless payments, as well as EMV chip cards.

The new reader, expected to ship in the fall, is available for pre-order in the U.S. for $49 (with a $49 card processing credit). Learn more about  Square’s reader.

So far, reaction to Apple’s news has been muted, with most observers more interested in yet another announcement that Apple Pay will be introduced soon in the United Kingdom.

Dan Seitz, writing in the blog Uproxx Tech, says: “This is a pretty big deal in the sense that it means you might now actually use Apple Pay. One of the issues with mobile payments has always been that merchants are slow to buy into a system that has no benefit whatsoever to them, but Square is something most people deal with and can get behind.”

Apple Pay will also give shoppers more ways to pay in the U.S., expanding merchant acceptance to over 1 million locations in July and bringing support for Discover this fall. With this addition, Apple Pay will accept credit and debit cards across all major card networks, representing 98% of all credit card purchase volume in the U.S.

Starting this fall with iOS 9, Passbook will evolve to become Wallet, bringing additional options at checkout with Apple Pay support for rewards and store-issued credit and debit cards.