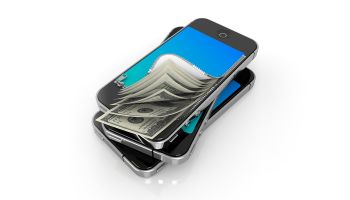 Industry professionals believe mobile payments, near-field communication, and contactless technology will reach mass adoption within five years—despite previous results indicating they should already be mainstream, according to research by Compass Plus.

Compass Plus has conducted research into the industry’s expectations of the payments market since 2011. This year’s results gathered the views of more than 190 payments and banking experts from across the globe. One out of three respondents think that mobile payments will go mainstream in their region in the next five years (31.3%).

This year’s results marked a switch in the outlook. Previous surveys in this series have consistently stated that mobile payments should be mainstream within one to three years—by now mass adoption should already have been reached. However, in the most recent survey, expectations have been pushed back to 2020.

This trend has also been reflected in respondents’ answers to when NFC and contactless will become mainstream. In 2011, the majority vote was that mass adoption would have been reached within two years (29%); however this year’s result show that this was overambitious as respondents now believe mass adoption will occur within five years (41.5%)—seven years behind the original estimate.

“It is easy to get excited when new payments technology is introduced. However, experience has shown that no one payment channel becomes mainstream immediately,” says Maria Nottingham, executive vice-president at Compass Plus.

Nottingham said that industry players “tend to align our expectations with the potential of the technology rather than the consumer expectations. To truly reach a state of mass adoption, consumers need to be on board. It is clear that current approaches to mobile payments are lacking in the versatility that the other methods offer, and this is something that needs to be addressed.”