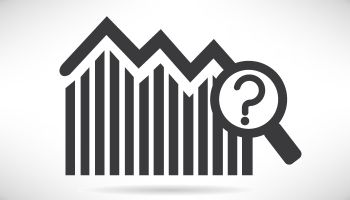 A controversial accounting proposal that would require banks to recognize, upfront, potential losses on loans is nearing completion and officials at the Financial Accounting Standards Board now expect to finalize the rule late this year.

"We're looking to have it ready in the fourth quarter," John Pappas, FASB's senior manager for constituent communications, told SNL.

However, he said that while the "expected-loss" model is likely to be finalized in the fourth quarter, FASB had not yet decided on a likely effective date. Some new rules, he said, "have immediate effective dates, some have effective dates years later" to allow companies to make time-consuming adjustments.

The proposal, first floated late in 2012, is aimed at providing investors clarity on banks' expectations on losses for the life of loans. But many bankers and their advocates are highly dubious, arguing that such forecasting is ultimately guesswork, and that the change would needlessly cut into capital levels and lower earnings.

"We've been trying to encourage [FASB] to put together some examples for us on just how community banks could really go about doing this," Christopher Cole, senior regulatory counsel for the Independent Community Bankers of America, told SNL. "So far, they have not agreed to do that."

Cole said the ICBA, too, had been told that FASB officials aimed to have the new rule in final form late in 2015.

FASB, which sets policy on U.S. accounting rules, currently requires banks to use an "incurred loss" model. With this approach, lenders set aside reserves for losses when a credit sours or when there is reason to suspect that it soon could.

Rule-makers at FASB, however, argue that the 2008 financial crisis exposed glaring flaws in this approach. They have said that, in the run-up to the crisis, when the economy was humming along and banks were lending freely, reserve levels were too light. When the crisis struck and loans went bad en masse—and quickly—banks had to hastily swing into emergency mode and ramp up reserves, in many cases suddenly absorbing steep bottom-line losses.

The lesson learned: Investors, the crisis demonstrated, were short on needed information to meaningfully examine the health of banks' loan books and suffered losses as a result, FASB says.

Investors, FASB member Hal Schroeder said in an essay on the matter, "make educated guesses about the inherent credit losses in loan portfolios. But rather than guessing, it would be far more efficient for management to make a more-informed estimate of those expected losses."

To that end, FASB is finalizing its expected loss model. It would require banks to predict all potential losses for the expected life of loans at origination. At that point, lenders would also beef up reserves to account for those possible losses, in theory bringing forward likely expenses and providing investors with an earlier and clearer view on each loan's potential costs.

This could, proponents say, also even out the extreme ups and down in reserves that banks at times experience, making them more consistent performers even when difficult economic conditions are imposed upon them.

The problem is, bankers say, it is not possible to accurately forecast potential losses on the life of every loan. If, for instance, a bank makes a loan anticipating that it will get paid off over 10 years, how can it possibly account for unknown swings in economic conditions during that long of a span—in terms of timing and severity—or how can it accurately predict the unpredictable: floods, hurricanes, droughts? A bank may have little reason to suspect any notable risk on a loan, but a natural disaster could change that, of course.

CNB Bank CFO Brian Wingard summed it up matter-of-factly in a letter to FASB during the accounting authority's comment period on the new model: Predicting losses over the life of a loan "requires bankers to make projections farther into the future than we are capable of making with any level of reliability."

As such, bankers argue, investors would ultimately benefit little. They would essentially be using banks' guesswork rather than their own, but it would amount to guesswork nonetheless, the argument goes. And, critics say, investors could take a painful hit along with lenders when this change takes effect, as many banks will have to boost reserves at the expense of earnings, slicing into earnings-generated capital.

Cole said the ICBA has advocated for a modified incurred-loss model, under which banks continue to reserve for many losses when they appear likely but would weave into their forecasts the use of historical losses on at least certain types of loans, recognizing some losses earlier in the life of these credits than they have to date.

It would work something like this: A bank originates a $500,000 commercial mortgage in Chicago and, in doing so, uses the historical loss rate on loans of that type and size in that market—perhaps based on the collective experience of a peer group—to determine an average loss. If that average loss is 3% and such losses tend to emerge during the sixth year in the life of the loan, then the banks would begin to reserve toward that 3% loss rate before the loan hits the six-year mark.

Cole said this would inject consistency into the system and improve transparency for investors, yet it would not put banks in the position of simply guessing what the future might hold. He said this might not work for complex, large financial companies, "but we think this could work well for the typical community bank" that is focused primarily on bread-and-butter deposit-gathering and local lending.

To date, however, Cole said FASB has not embraced this alternative.