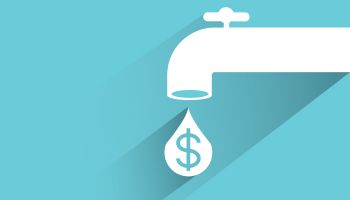 Banks say they are ready to comply with the liquidity coverage ratio, but the provision has reduced yields in their securities portfolios, changed the competitive environment for deposits and has possibly decreased liquidity in the markets.

The liquidity coverage ratio, or LCR, requires covered institutions to hold "high quality liquid assets" greater than, or equal to, their projected cash outflows minus their inflows during a 30-calendar-day stressed scenario.

Banks with assets between $50 billion and $250 billion are subject to a less-stringent LCR and will not have to begin complying with the rule until Jan. 1, 2016, though most institutions falling in that asset group have worked in recent quarters to meet the requirement.

Rules create some push and pull

While many banks have already taken action to comply with the LCR and are confident they will comply or already are in compliance, they have acknowledged that the provision will cause them to shift the holdings in their securities portfolios since HQLA are generally defined as central bank reserves and government and corporate debt that can be converted "easily and quickly" into cash. HQLA are split into three categories, with U.S. Treasurys and securities guaranteed by the government receiving the most favorable treatment under the LCR.

Importantly, municipal bonds, as of now are not considered HQLA, and that has prompted some institutions such as PNC to reduce their holdings of the securities. 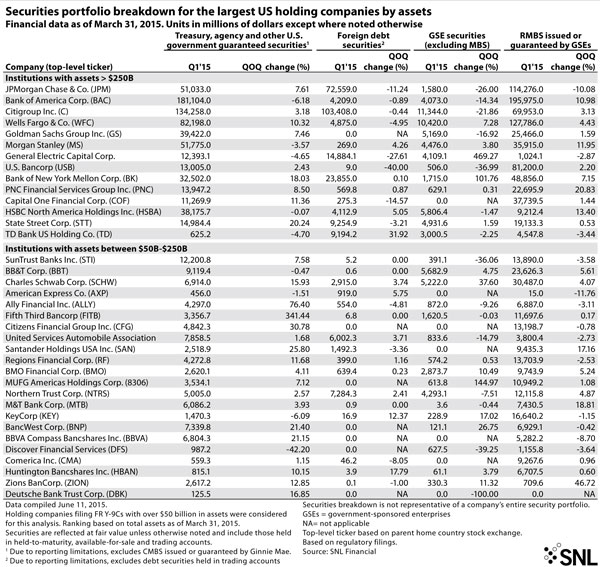 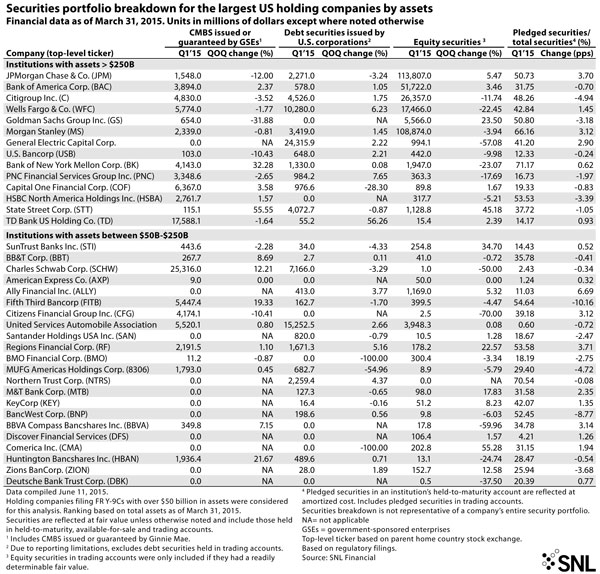 Municipal bonds, in general, carry higher yields than HQLA and many other securities in banks' investment portfolios. The requirement to purchase and hold a larger number of lower-yielding securities seems to have impacted the yield on the securities portfolios of the nation's largest banks.

Revisions may re-balance the challenge

Banks just might receive some relief and see more securities classified as HQLA by regulators. The Federal Reserve proposed in late May to add investment grade general obligation state and municipal bonds to HQLA.

The addition of certain bonds likely would help banks increase yields in their securities portfolios, but it might not ease the logjam in the markets that some market participants say has occurred due to certain regulatory provisions, including the LCR. For instance, JPMorgan Chase & Co. Chief Regulatory Officer Sandie O'Connor said at a recent conference that the LCR has reduced liquidity.

"We know that broker/dealer inventories are down," O'Connor said at the event. "The velocity of the most highly liquid collateral, and the lubricant of that collateral … is substantially lower, and these dynamics are unlikely to change in the short term."

For now, that treatment has benefited banks not subject to the LCR as institutions subject to the rule have shied away from large corporate deposits, or even encouraged some of those depositors to go elsewhere.

BankUnited Inc. Chairman, President and CEO John Kanas has predicted for some time that more deposits would come his company's way because larger institutions are pushing those funds out. Kanas echoed the sentiment on his company's first-quarter earnings call in late April.

"The big banks are being very, very aggressive about the way they're pushing these deposits out, and it's not that they're just charging them a fee to keep the deposits. They've actually in some cases written letters to some of these guys and said, 'We're sending you a check on June 30 so you better [find a bank].' So we're able to have granular discussions with these people that are on our own terms and expect that we'll see some of that later in the year," Kanas said. 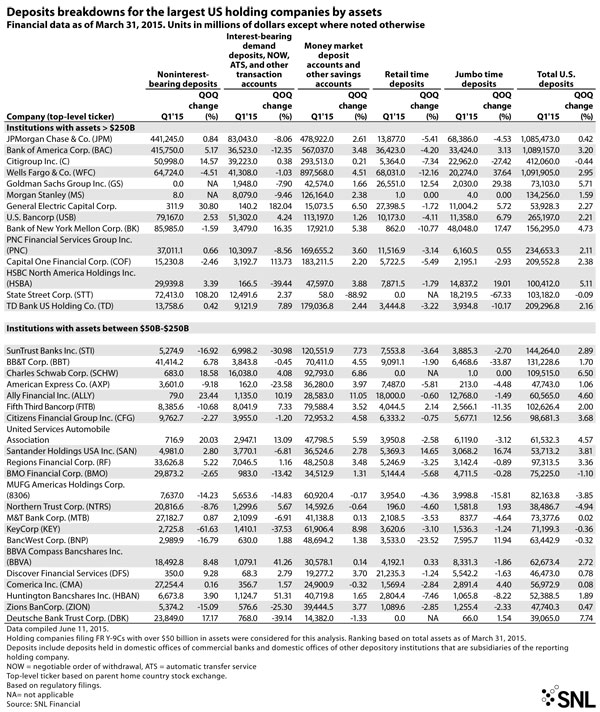 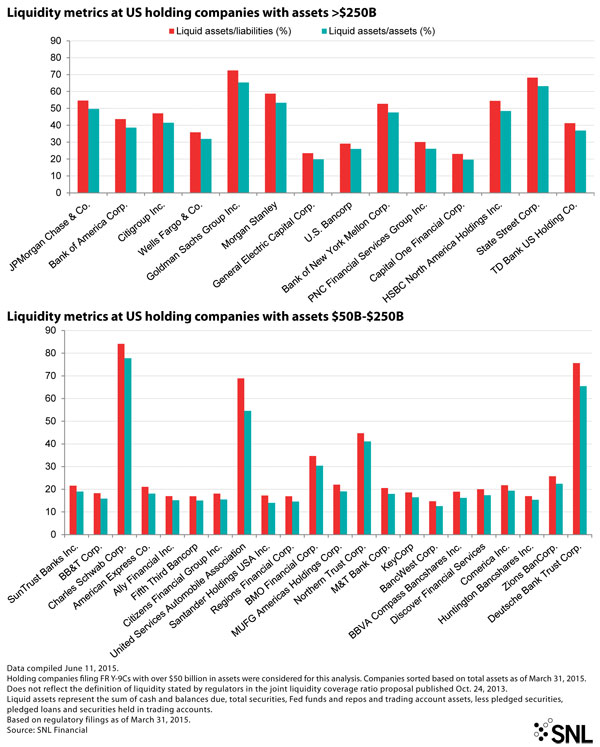