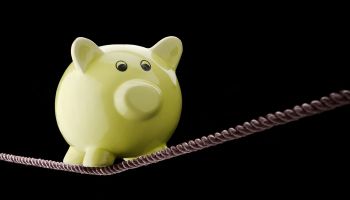 Many consumers may believe that visiting their bank’s branch is safer than online payments, but that isn’t stopping users from practicing unsecured online banking methods.

Almost half—46%—of internet users surveyed believe that traditional over-the-counter banking is safer than banking online, according to Kaspersky Lab and B2B International. However, despite these concerns, most people still make some payments online while failing to take even basic security measures, putting their money and the bank’s reputations at risk.

The survey shows that a significant number of users (49%) feel vulnerable when making financial transactions online. Moreover, half (54%) reported they believe making payments offline is more reliable than online and 46% agreed that offline banking is the safer than online banking.

At the same time, according to the survey, one in five users do nothing to protect their financial data online.

“If customers choose traditional over-the-counter banking, from fear of falling victim to internet fraud, it will hamper the adoption of high-margin online and mobile payment systems,” says Ross Hogan, global head of the fraud prevention division at Kaspersky Lab.

That, says Hogan, will force banks to invest more of their resources in low-margin branches instead. Meanwhile, he continues, among those who have adopted online and mobile payments, there is a persistent security concern as they may be putting their money—and the bank’s reputation—at unnecessary risk.

“That is why today it is vital that banks invest in technology ensuring a secure banking environment for their customers,” Hogan concludes.