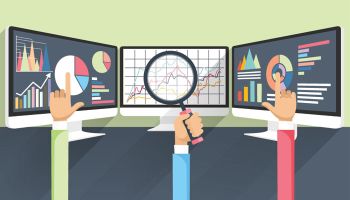 “A big focus continues to be on margins,” Brian Martin of FIG Partners told SNL.

According to Martin, in many cases, he is looking for community banks to show they grew lending enough in the quarter ended June 30 to generate net interest income growth despite ongoing NIM contraction.

Margins have consistently taken hits for several quarters amid a protracted low interest rate environment. But with the national economy gaining momentum in the second quarter—U.S. employers added 280,000 jobs in May, according to federal estimates—Martin said banks are upbeat on their lending prospects, and he anticipates that many of them will report loan growth that was strong enough to offset NIM headwinds.

Combine that growth with an almost entrenched focus on cost controls across the industry, Martin said, “and banks can still make money.”

Analysts at Sandler O'Neill & Partners issued a similar assessment. In a report previewing second-quarter earnings, they projected median earnings-per-share growth of 4.7% over the previous quarter and 8.8% over the previous year for the bank industry as a whole, “driven by balance sheet growth and positive operating leverage.”

The Sandler analysts forecast that median NIM will decline by 2 basis points from the previous quarter, “as yield erosion outweighs the benefit of positive remixing on the asset side and opportunities to lower funding costs.”

But, they added, “we expect loan growth and an extra day in the quarter to drive modest improvement in spread revenues.” The analysts projected median annualized sequential loan growth of 9.9% and median net interest income improvement of 2.0% from the first quarter.

Gear shift for the industry

Additionally, the Sandler analysts anticipate “the quality of earnings to continue to improve given that most of the credit leverage has been taken out of the system.”

In other words, as Martin put it, the credit environment has largely normalized, meaning banks are not only well past the pain of the last recession but, for the most part, their reserves have leveled off or even risen some to keep pace with loan growth.

In recent years, as credit quality improved from the depths of the last downturn, banks were able to lower reserves and use the savings to bolster their bottom lines. But that cycle has largely run its course and many banks are now focused squarely on driving earnings via lending and other bread-and-butter business lines.

So for many in community-bank-land, credit “is not a significant factor one way or another” in terms of earnings growth, Martin said.

While small banks have generally kept expenses down in recent years, many of them have struggled to get their arms around mounting regulatory costs in the wake of the 2010 Dodd-Frank Act. More rules mean more compliance challenges and, as a result, greater compliance staffing levels and costs.

Against that backdrop, many small banks have looked to sell to larger competitors in order to gain heft and broader bases over which to spread out compliance costs.

There were 139 whole bank and thrift deals announced in the first half of 2015, according to SNL data as of June 30. This is up from 132 for the same period the previous year, and bankers and analysts say there is plenty of room for more deal-making as 2015 wears on.

New Castle, Ind.-based Ameriana Bancorp ($482.7 million in assets), for example, on June 29 agreed to sell to the much larger First Merchants Corp. ($5.88 billion) in part to join forces with a company big enough to absorb the lofty regulatory costs of the current environment. The stock deal was valued at $68.8 million.

Ameriana President and CEO Jerome Gassen told SNL that, a decade ago, his bank had one half-time compliance staffer. Today, its compliance staff is sevenfold larger. “The added costs, it is important to be able to spread that out over a larger asset base,” Gassen said.

Small banks such as Ameriana also are eager to expand their product offerings and services to better compete with larger players. Partnering with First Merchants, Gassen said, will provide Ameriana's customers with access to trust and wealth management services, among others.

Those motivations permeate the small-bank sector and likely will continue to drive M&A through this year, analysts and bankers say. Buyers, meanwhile, are on the prowl with appetites for deals that can help them expand their footprints or help them deepen penetration in their current markets.

As Wolfgang Muelleck, the CFO of would-be buyer People's Utah Bancorp put it to SNL in June, “there are a lot of conversations going on.” Fresh off an IPO, People's is hunting for deal targets that will help it grow market share in its home state. “We are always looking,” Muelleck said.

Kevin Dobbs is a senior reporter and columnist for SNL Financial. The views and opinions expressed in this blog entry represent those of the author or his sources and not necessarily those of SNL. Share your thoughts at [email protected]. Follow on Twitter @Kevin1Dobbs.

This article originally appeared on SNL Financial’s website as “As Q2'15 earnings loom, eyes on margins, loans and M&A”