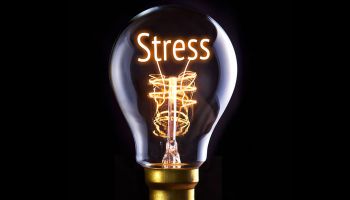 If we learned anything from the recent banking crisis, it is how rapidly market conditions can deteriorate—and subject financial institutions to considerable strain. One prominent outcome stemming from the 2008 crisis was the federal government’s imposition of stress testing requirements on the nation’s largest banks as part of a more stringent, regulatory supervision program.

Smaller financial institutions to date have been insulated from the more onerous stress testing and capital requirements faced by their larger banking counterparts. However, recent regulatory guidance suggests that all banks, regardless of size, would better position themselves for success by developing and implementing some form of stress testing as part of a sound risk management program.

Such effort might sound daunting. But the truth is that your own bank is already engaging in a form of stress testing every year as you complete your annual financial budgeting process. Consider that as part of financial budgeting, most banks perform boundary analyses to select the best set of financial, operational, and risk factors to work within to achieve performance targets. These factors typically include assessing:

• Pricing of those loan and deposit growth numbers.

• Non-interest income and expense growth rates (with minimum and maximum increases for each).

Once the financial budget is created with the selected business factors, most banks run “best case” and “worst case” scenarios to see how much they may exceed or fall short of their performance targets.

Many of the major steps currently required under the Comprehensive Capital Analysis and Review (CCAR) and Dodd-Frank Act Stress Test (DFAST) requirements for the nation’s largest banks are already elements of most banks’ annual financial budgeting process.

In fact, a golden opportunity exists in conducting both efforts—the development of one’s financial budgeting, i.e. what a bank aspires to achieve financially, as well as one’s prudential or baseline stress testing budget, i.e. what a bank can actually achieve—within one, efficient system, while recognizing the differences between the two processes.

How to get benefit from stress

Adapting to the CCAR and DFAST requirements was extremely burdensome for the largest banks initially, given the compressed timing and lack of guidance.  Some CCAR and DFAST banks even ended up with duplicate planning processes and staff, leading to an unsustainable expense over time.

But now that the CCAR/DFAST banks have performed several cycles of stress tests and regulators have offered direction—in the form of critiques—non-CCAR/DFAST banks can capitalize on the lessons learned and take advantage of the more beneficial aspects of the regulations—minus much of the significant expense (and accompanying stress).

As these two processes vary in some substantial ways, let’s further examine where the differences lie—and how to capture the benefits of “stress testing readiness” whether mandated or not.

Whether planning for a financial or a baseline stress test budget, there are three general layers of requirements that make up the process: data, modeling, and reporting.

These three layers can vary significantly from bank to bank, depending on the complexity of the bank’s business lines and products, coupled with the sophistication (or lack thereof) of its technology capabilities within each layer.

Data at the front and the back

Data, in terms of availability and quality, is the foundation of both the financial budgeting and prudential stress testing processes. Financial and risk planning, like the homes we live in, will collapse without an adequate and sound foundation.

The data that banks historically have managed well can be characterized as “ex post” data, i.e. data captured after the decision has been made and the relationship exists. Once a loan or deposit has been loaded into the appropriate system, banks are very good at posting payments and deposits, calculating interest and fees, generating statements and notices, and providing online customer inquiry support.

In contrast, data that banks have traditionally struggled with fall under the “ex ante” category.  These include data used before the decision has been made to either enter into or refuse a relationship. The opportunity for non-CCAR/DFAST banks is in finding ways to account for, organize, and better leverage the ex ante types of transactional data as a means for positively transforming their operational and financial planning activities—and overall risk management efforts.

All of the transactional data used by a bank to guide its business decisions typically exists in one of three forms:

• Digital—in a computer system or database.

• Transaction-specific data that exists in the mind of the banker. Digital data forms the basis of most ex post (actual) processing and reporting activities, and it includes some of the data required for forecasting and planning.

However, handwritten and credit-spreading manual data used in the decision making process typically makes up the most important part of the process.

Unfortunately, this data is often unusable because of the expense required to extract or convert it into an electronic system from image-based files, sometimes consisting of just paper and sticky notes. The remainder of existing data, i.e. transaction-specific details mentally retained by the individual banker, is soon forgotten and thus lost as a resource.

Non-CCAR/DFAST banks have the opportunity to revamp their data management practices and thereby capitalize on some of the most beneficial aspects of a CCAR/DFAST regimen—without the burden of having to undergo the tests themselves. These improved practices will yield benefits to their existing financial planning, reporting, and analyses, even if they’re never subjected to regulatory stress testing.

In viewing their data through a clearer lens, small- and mid-sized bank employees are better able to understand and utilize transactional data in terms of everything they do, and especially in decision-making processes involving risk and performance.

Data management systems (databases with rules engines) exist that have been specifically designed to support finance, risk and reporting under the Basel Committee on Banking Supervision’s “BCBS 239” principles for effective risk data aggregation and risk reporting, guidelines which non-CCAR/DFAST banks would find beneficial in incorporating into their organizational approach.

Modeling, the actual calculation of your balance sheet and income statement forecasts, is commonly the area in which banks either excel or still use antiquated methods.

Proper modeling for CCAR/DFAST begins with a sound prudential or baseline budget that outlines what the bank really expects to accomplish. The financial budget should be derived from the prudential budget.

Prudential and aspirational “budgets” each require a sophisticated cash-flow engine that incorporates both market and credit-risk calculation capabilities.

Currently, most banks have only one real cash-flow engine—their asset and liability management (ALM) system—which was born out of the interest rate deregulation era of the 1980s.

ALM systems were originally designed to identify interest rate risk that resulted from the maturity mismatch between assets and the liabilities that fund them. And for some banks, not much has changed since then in the design of their ALM systems.

Banks today have the opportunity to replace outdated ALM systems with a current, CCAR/DFAST-compliant ALM system as a way to capitalize on best practices learned from banks’ CCAR/DFAST experiences in the last several years.

Banks that do not use an ALM system to generate their financial budgets are using antiquated methods, i.e. general ledger data, where no behavioral data can be captured to generate accurate cash flows.

Even the smallest of banks still using a general ledger can greatly benefit from upgrading to a CCAR/DFAST-structured ALM system to assist with financial planning. Larger banks already performing CCAR/DFAST stress tests can also benefit by consolidating both processes into the same system for consistency and efficiency.

Manually copying, pasting, and aggregating one’s CCAR/DFAST stress test results in Excel is no longer acceptable as a proper business practice because of the risk of errors and duplication. Neither should a spreadsheet approach be acceptable for financial planning.

Today, affordable systems exist for small- and mid-sized banks that incorporate the ability to create both prudential and financial budgets—while managing the various scenarios derived from each—in an automated fashion.

To truly work, a bank’s reporting system must be able to support multiple organization structures and charts of accounts. This is a critical consideration, because Generally Accepted Accounting Principles (GAAP), prudential regulatory reports, and internal risk and performance management systems use different organization and account structures.

Multi-discipline reporting systems must also provide transparent documentation and data lineage to ensure accuracy of the process and results to internal users, auditors and examiners.

Learn from others’ experiences

Banks that were not subject to the initial CCAR/DFAST requirements have a one extremely valuable advantage over their larger CCAR/DFAST peers: time.

CCAR banks, and to a degree the DFAST banks, had to perform their stress tests in the crucible of a financial crisis. The processes and tools needed for ensuring compliance were cobbled together from whatever was at hand or could be quickly fashioned.

Now that the storm has quieted, all CCAR and DFAST banks are transitioning toward properly developed systems that are transparent, repeatable, and efficient.

The conversion effort will be expensive for these banks, as it will require them to switch from systems and processes that have been in use for several stress testing cycles.

But those banks not yet subject to stress testing requirements have the luxury of time to identify and move to a properly developed system. And, these systems already exist and are affordable for non-DFAST/CCAR banks, especially considering the efficiencies that will be gained from upgrading their existing budgeting and reporting processes.

While it remains unclear whether—or to what extent—smaller banks may one day be subject to the CCAR/DFAST regulations, the old adage of “an ounce of prevention is worth a pound of cure” still holds.

Will Newcomer is vice-president and market manager, Americas, Wolters Kluwer Financial Services. He has 35 years' experience in risk and finance with major and regional banks as well as leading technology firms. He has extensive experience in enterprise-wide management information systems and helps financial institutions in the areas of risk-adjusted performance management, budgeting and planning, asset/liability management, incentive compensation, financial reporting, and stress testing.