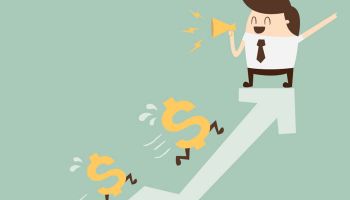 Regulators speaking at the 2015 Financial Managers Society Finance & Accounting Forum in Scottsdale in June indicated that the exposure draft of the Proposed Accounting Standards Update (Subtopic 825-15) addressing recognition of credit losses associated with loans and other financial instruments accounting is now in the “fatal-flaw” stage of review.  (The proposal is more commonly referred to as the Current Expected Credit Loss (CECL) model.)

After several announced delays, it appears this standards update may become a reality as early as the fourth quarter of 2015—with the effective date likely 2018 or 2019. And while I can’t speculate on what the final standard will be, my firm understands that financial institutions are nonetheless wondering how to prepare for it.

Below is a refresher on the proposed update as well as our thoughts on considerations for  preparation.

Basics of the issue

In December 2012, the Financial Accounting Standards Board (FASB) issued an exposure draft along with subsequent tentative decisions that would have a significant impact on financial institutions’ allowance for loan and lease losses, if adopted.

Available-for-sale debt securities would not be subject to the new credit loss model, but a related modification to ASC topic 320 would require an allowance be established rather than the current model of recording “other-than-temporary impairment” (OTTI) in the period which impairment is identified.

Accordingly, this proposed model would require long-range forecasting of individual assets and/or pooled assets with shared risk characteristics.  It is likely that there will be at least two possible outcomes of the calculation and, thus, a range will likely be considered in determining the actual allowance to record.

The issue date for the final standard is not yet known but it will be no earlier than the fourth quarter of 2015. The effective date will likely be 2018 or 2019, but that depends on the timing of the final standard and other characteristics of the standard, when it is released.

An item to note—as a result of the 2013 codified definition of a public company under GAAP, many privately owned institutions will be required to adopt new accounting pronouncements the same year as SEC registrants.

Looking at essentials of proposal in practice

The regulatory and financial reporting communities indicate that the new expected credit loss model does not have a “one size fits all” approach to measuring the level of credit losses.

For smaller, less complex institutions, the new calculation will likely be similar to the current calculation under current accounting and regulatory guidance, with a few modifications to take into account forward-looking projections. Similar to the current methodology, the proposed standard will also consider historical loss rates within pools of loans and adjustments for current conditions and qualitative factors.

The proposed model would also incorporate factors for reasonable and supportable forecasts to capture an estimate of the loss over the life of a loan; pools of loans with more than one credit characteristic in common would also be a part of the proposed model.

While the industry waits for the final standard to be published, awareness of the proposed standard is important. Using the proposed standard as a guide, institutions can start thinking about implementation with the caveat that there are unknowns until the final standard is issued. If you want to start thinking about implementation now, consideration should be given to the following:

1. How will the loan portfolio be segmented to create pools with at least two similar credit risk characteristics?

2. What data is available to estimate the average life of the loans within the identified pools?

3. How will historical loss data be determined and tracked for each loan pool?

4. How will credit losses be estimated for each pool?  While not a requirement, is the institution positioned to develop and implement a probability of default model or migration analysis model?

5. What economic data can be gathered to help support the economic cycles within the institution’s lending area, commensurate with lending activities?

In conclusion, the proposed credit loss model will certainly have an impact on financial institutions. Consideration should be given to the bigger picture implications now with a detailed implementation plan once the final standard is issued.

Ryan M. Abdoo, CPA, CGMA, is senior manager at Plante & Moran, PLLC. Abdoo has more than 11 years of financial institutions experience and is a leader of the firm’s financial institutions professional standards team. He specializes in providing accounting, auditing, and financial analysis and outsourced risk management services to a client base that ranges from de novo status up to $3 billion in assets.

He is also responsible for providing and managing various audit and risk management services, including internal audit, Sarbanes-Oxley Act of 2002 implementation, and financial statement audit services.

He can be reached at [email protected]