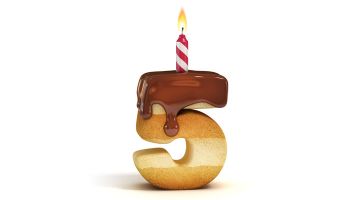 The view of the Dodd-Frank Act from the corner office of community banks is bleak.

Dodd-Frank, the behemoth regulatory reform bill intended to end too big to fail by making banks more stable, transparent, and consumer-friendly, remains highly contentious in the five years since it became law. Many community banks argue that although the rules were not intended for them, they were swept up by the changes.

SNL spoke with executives at several community banks to learn generally about their experiences under the law and the adjustments they made to their business lines and bottom lines. The executives said their regulatory costs have swelled while certain business lines shrank because of unsustainable compliance costs. They also questioned the efficacy of the law and whether it really ended too big to fail.

For some banks, mortgage lending after Dodd-Frank became a "go big or go home" proposition.

Drake Mills, chairman, president, and CEO of Ruston, La.-based Community Trust Bank, said the bank either had to grow in mortgage banking to maintain profitability while complying with regulations, or exit the business. Community Trust, which had $3.78 billion in assets at March 31, is a unit of Community Trust Financial Corp.

Mills estimated the number of compliance systems Community Trust uses has increased by 50% in the last five years, but he added that the bank has robust mortgage opportunities within its footprint that have sustained the cost of compliance, people, and processes.

"We were huge mortgage lenders and it has caused us to actually become a much larger lender," Mills said of Dodd-Frank. "We felt the markets we were in required us to invest heavily in the mortgage business."

"I've raised the concern of how to comply and make consumer lending profitable. It's very disturbing to me because that was our bread and butter 20 years ago," Mills said, later adding: "From a consumer's perspective, the banking industry is almost a hassle compared to what other options they have."

Ford wrote a letter to the FDIC in August 2012 expressing concern about the regulator's risk-weighting proposal under Dodd-Frank, and the expected impact to Commercial Bank's loan portfolio. He said the proposed weighting would reduce the bank's capital ratio by more than 250 basis points and ultimately restrict lending if the bank needed to protect its capital cushions. He added that Dodd-Frank's proposed treatment of things like balloon mortgages and home-equity lending would be problematic for the bank, which is a "cash flow" lender with a conservative credit culture.

Commercial Bank, a unit of Commercial Holding Co., had $671.8 million in assets at March 31, and has hired three additional compliance personnel in the nearly three years since Ford wrote his letter. But he argued that the "real story" of Dodd-Frank is how it changed the customer experience and access to credit, especially in mortgage lending. The qualified mortgage rule and associated changes to underwriting required a lot of "retraining and rethought," he said, while destroying one of the advantages of a community bank: knowing its customer base and tailoring solutions to fit customer needs.

"The regulatory framework is trying to put everybody in the same box and that's been a big struggle for our customers," Ford told SNL. "It's not that we had to stop offering the products, [so much as] we lost some of the flexibility we had with the product."

The changes that the law made to mortgages are significant because the product is so front-facing and familiar to consumers, he said, adding that the process is "onerous" now compared to where it was before Dodd-Frank. Now, the bank is grappling with Truth-in-Lending disclosures, which he called "the latest fire drill" of compliance.

The heightened compliance standards coincided with an increase in competitive credit products offered by nonbank alternative lenders, according to Mills at Community Trust. He said that a competitive credit product offered by home-improvement retailer Lowe's destroyed demand for the bank's own home-equity loans. The bank has not been competitive in auto, education, or unsecured consumer lending for years because of the same type of competition. Mills said that due to regulation and competition, community banks struggle to offer retail consumers compelling products and services.

"It's alarming when you think about what percentage of our portfolio today is consumer lending," he said. "Fifteen years ago, 50% of our portfolio would've been consumer; today, it's less than 5%."

Clive "Rusty" Cloutier, president and CEO at Lafayette, La.-based MidSouth Bancorp Inc., has his own name for Dodd-Frank: The Large Bank Expansion Act.

Cloutier said the law created a two-tier regulatory system, where the largest banks are not regulated, while community banks are "lambasted" and bullied by regulators.

Cloutier said the creation of the Consumer Financial Protection Bureau under Dodd-Frank has made it "almost impossible" for individuals in the middle-income bracket and below to get loans. MidSouth was forced out of indirect financing because of rules that made banks responsible for the actions of their lending partners, he said. He said the bank, which had nearly $2 billion in assets at March 31, has also downsized its real estate and non-owner occupied lending.

"You're not really encouraging people to make loans and the only people going to jail are people at the small banks. If you work at one of the large banks, you couldn't get arrested if you shot someone in the lobby while they were asking for a loan," Cloutier told SNL. "The U.S. attorney has made it very clear that he will not go after those people."

Dodd-Frank also created a patchwork set of exemptions for some banks on regulations such as the Volcker rule, the interchange fee charged under the Durbin amendment and stress testing. That complexity can create its own compliance challenges, according to Faye Ricci, senior counsel at Miller Nash Graham & Dunn LLP.

"Even though some of these rules in the Dodd-Frank Act give little exceptions here and there that you don't have to comply with, the technicality to figuring out the exceptions … is itself a big administrative nightmare," Ricci said.

Despite the criticisms and complaints from community bankers and industry observers, Miller Nash partner Stephen Klein said he does not believe changes to the law will be forthcoming. He said Dodd-Frank is in line with the historic tendency of Congress and regulators to overreact to the abuses committed by a small group of individuals or companies. There is now "too much resistance" to rolling back the law in "any significant way," he said.

Community bankers also expressed doubt that Dodd-Frank made the industry safer. Mills at Community Trust believes Dodd-Frank made community banks "less competitive" compared to their large-bank peers, but not safer from the point of failure mitigation. He said only time will tell if Dodd-Frank accomplished the goal of ending too big to fail.

Ford at Commercial Bank does not believe too big to fail has ended and that large banks still pose the greatest risk to the financial system. He said the law is "overreach" even if some parts of it made the broader financial system safer, and that regulators should take the anniversary of the bill's passage to revisit how it has helped and hurt community banks.

"It would be great now if five years later [we asked], 'Can we look at what's worked and what hasn't worked? Can we make changes to Dodd-Frank?'" he said. "I don't think it needs to be completely thrown out but I think we need to make common-sense changes to the law, and I think that's what's trying to be done now in Congress."

MidSouth's Cloutier did not mince words when discussing the effectiveness of Dodd-Frank five years later, calling it a "total failure." He said that he would rewrite Dodd-Frank to remove protections for large financial companies that have kept law-breaking executives out of jail, break up any firm that was deemed systemically risky, and offer regulatory relief to small banks.

"The only thing it has done is made the big banks even larger, more advantageous, [and more in violation of] the law, which no one could argue," Cloutier said. "And you brought all this pain and suffering on community banks, which are now exiting the market in great droves."