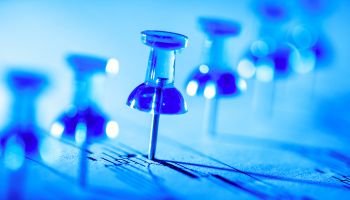 The largest banks in the U.S. maintained the recent pattern of decreasing total branch count in the second quarter of 2015 — a trend that continues to provide strategic opportunities for some community banks.

Now with 5,550 branches, JPMorgan Chase & Co. saw a larger net decrease in its branch count during the second quarter of 2015 than any other bank, according to SNL Financial data. The company closed 63 more branches than it opened in the quarter, following a net decrease of 32 branches in the first quarter of the year.

On JPMorgan's second-quarter earnings call,  CFO Marianne Lake was asked if branch count would continue to decline as the bank's mobile app and online presence make further penetration. Lake said the bank will continue consolidating branches—while at the same time building new ones where it makes sense. She said the bank will likely see a net decrease of about 150 branches in each of the next couple of years.

Lake said JPMorgan will continue looking to increase its presence in areas where there is a high density of highly affluent people. At the same time, the bank will be responsive to changes in the way customers do their banking. The online and mobile channels provide strong customer experiences and are also less costly to operate, she said, adding: "We have a place for everything … and branches are very important." 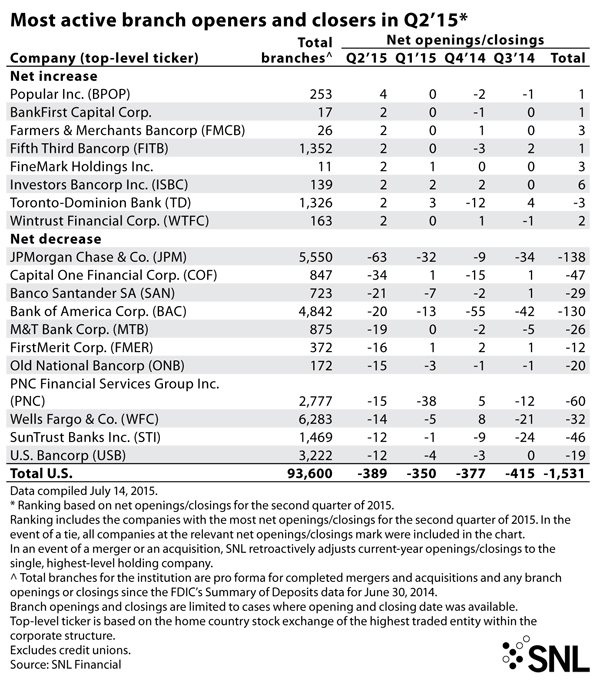 Pattern to continue for some time

Tim Scholten, president of Columbus, Ohio-based consulting firm Visible Progress, told SNL that money-center and regional banks will continue to consolidate and divest branches for the foreseeable future, especially as they look for more acquisitions. That will create strategic opportunities for community banks to either expand in their markets or fill in gaps in their footprints. "Community bankers should keep a look out for good strategic locations that are being vacated by their larger counterparts," Scholten said.

While customers are using branches less frequently today than in the past and will likely do so even less often in the future, having at least some physical presence is necessary for community banks to be relevant and known, Scholten said. Electronic access is "incredibly important" today, but a combination of physical and electronic offerings is still the best mix in community banks' markets, he said.

"[B]y the end of this year we expect we will have closed or consolidated more than 400 branches, reducing the overall network by more than 10% since the acquisition of RBC Bank (USA) while continuing to serve our communities. This includes plans to consolidate 100 branches this year," Chairman, President and CEO William Demchak said during the Pittsburgh-based bank's second-quarter earnings call. While PNC is trimming its branch network, primary digital channel usage with customers surpassed 50% for the first time during the quarter, Demchak said. Deposit transactions through ATMs and mobile channels increased 25% from a year ago.

In the second quarter, PNC closed 15 more branches than it opened. 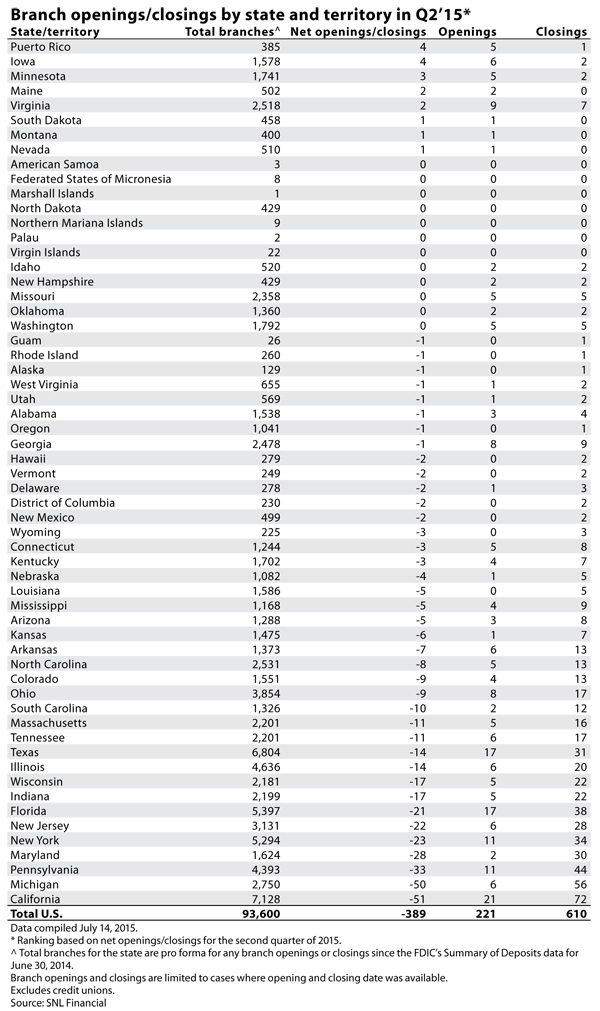 What goes into branch-closing decisions

Danny Payne, a banking industry consultant and a former Texas Department of Savings and Mortgage Lending commissioner, told SNL that branch opening and closing decisions are very company-specific. "It's an adequate capital issue more than one of asset size," he said. "I think it's logical for those who wish an expanded presence to first attempt to find a big-bank, abandoned-branch sale as a cost-savings measure."

Payne said the community banks in central Texas in many cases are using branching for growth strategies, which is one reason he is not sure that the industry will continue to see a net loss of branches. "When you consider sales and mergers we do see some closures, but there are not many deals pending now. I would expect to see branch growth in the near term," he said. "Depending on what happens politically next year could make a significant difference in this respect as well."

Synovus Financial Corp. Chairman, President, and CEO Kessel Stelling Jr. said during the Columbus, Ga.-based bank's second-quarter conference call that there is an opportunity to reduce its square footage.

"Across the footprint, we look for ways to get more efficient," he said. "I wouldn't mind opening a branch or two or more but it would not look like the branch of the past. It would be 1,200 to 1,800 square [feet] and use a lot more technology. And while we are doing that we have to look for ways to take out of our footprints some of the larger less-efficient branches. So, net-net, I believe we'll certainly have fewer branches 12 to 18 months from now."

Stelling added that the bank "would love to wave a magic wand and make all of our 7,000-square-foot branches go away and replace them with newer [ones]. You can't do that overnight." 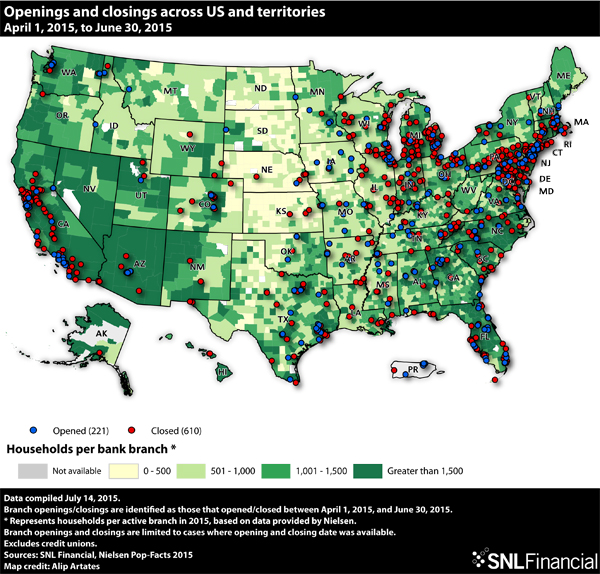