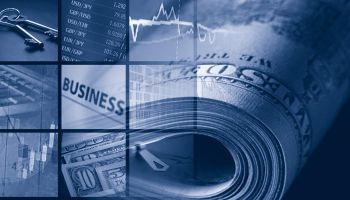 But the technology is just part of correspondent services, says Rushing, who joined ServisFirst in 2011 when it formed its correspondent division.

Overlines, for instance, remain a bread-and-butter element of the business, says Rushing. In some states the demand is more for C&I lending, in others, it’s commercial real estate credit overlines that are in more demand. Some customers want to sell loans, while others are seeking to buy credits.

As a result of correspondent banking’s “people” bent, says Rushing, his correspondent banking representatives reside in the markets they serve. The bank sees geographic presence of the banker as critical to building connections, and maintaining them where they already exist.

This is in keeping with the spirit of ServisFirst overall. Since the bank started in 2010, it has grown through three avenues: organic growth; one acquisition (Atlanta's Metro Bank); and by acquiring teams of bankers—chiefly business lenders—from other banking organizations.

“Acquiring the banker,” instead of the bank, continues to be a strategy of choice for ServisFirst. During the public banking company’s second-quarter earnings call, President and CEO Thomas Broughton III told analysts that “we’re talking to teams in three different markets” in anticipation of further building out the one-bank holding company’s market coverage.

The bank’s recent acquisition of Metro Bank was done in part because ServisFirst was unable to find a banking team it could break loose, on its own, from its institution. Metro represented an opportunity to get good people via acquisition, according to Broughton.

The bank has an enviable efficiency ratio—41.66% at the end of the second quarter—because of its concentration on business banking, and Rushing says that was part of the appeal of getting into correspondent banking in 2011. He explains that correspondent services represented a wholesale business that doesn’t require branches and related equipment, as would retail banking. ServisFirst management prides itself on its limited branch footprint and simple loan and deposit model, with a minimum of ancillary services and retail side distractions.

Before joining ServisFirst to head up its fledgling effort, Rushing had spent nearly 30 years at BBVA Compass, much of it in correspondent banking. When he left, BBVA Compass had over 600 correspondent customer institutions, and Rushing was executive vice-president.

Some of the ServisFirst correspondent bankers Rushing brought with him from BBVA Compass, while others he was able to attract from elsewhere, counting on them bringing customers with them.

Rushing says much of the bank’s correspondent banking footprint is seeing improved economic activity, with tower cranes on many a horizon.

“Things are looking up,” says Rushing, boding well for growth in both deposits and loans through the year.