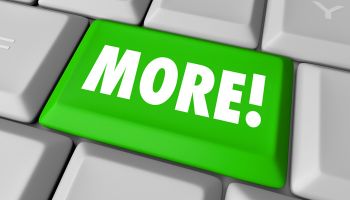 As banks struggle with an overload of technology projects, the remedy is having more technology—not less technology, says a new research report from Cornerstone Advisors.

The report found that half of 252 surveyed senior executives at U.S.-based financial institutions—both banks and credit unions—cite "too many projects" as a top technology concern for 2015.

"These executives are battling less with the complexity of their technology architectures than they are with the complexity of managing all that technology," says Brad Smith, managing director of Technology Services at Cornerstone Advisors. "It's all the enhancements, additions, replacements, and vendor contract negotiations that are making it harder each day for financial institution executives to deliver measureable business results from their technology investments."

Deeper you go, deeper you’re in

"As the number of technology projects a financial institution is managing increases, the likelihood that these projects will fall short of achieving their intended business benefits also rises," says Ron Shevlin, research director at Cornerstone. "The best way for banks and credit unions to manage this ever-growing complexity is to improve their existing technology capabilities."

Among other key findings of the report:

• On average, financial institutions will improve the utilization of 17 apps, add or replace nearly five apps, and renegotiate two to three contracts in 2015.

• Financial institutions plans to improve, add/replace, or renegotiate lending apps are not on par with their plans for other technologies. Among five lending-related apps, none are in the top five for utilization improvement, addition/replacement, or contract negotiation.

• From 2014 to 2015, there was a double-digit percentage point increase in planned utilization improvements for 21 technologies.