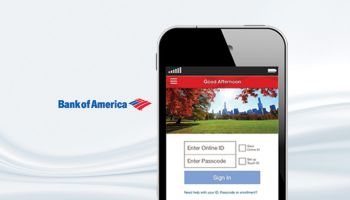 Increasingly Bank of America Merrill Lynch finds that a mobile app's utility, as much as its innovation, matters to the mobile user, says its consumer tech chief Hari Gopalkrishnan in an interview.

Hari Gopalkrishnan wears an Apple Watch, and agrees that it’s a pretty cool accessory. But adopting such technology is as much about his job at Bank of America Merrill Lynch as it is about personal preference.

“It’s still early days,” with the Apple Watch, says Gopalkrishnan. “We’re at the point of learning what customers want to use it for.” Wearing one of the gadgets himself will help enable that.

Right now, he says, while Apple has sold lots of watches, owners represent a fraction of a percent of BofA’s electronic banking audience, though a growing one. Gopalkrishnan is Client Facing Platforms Technology Executive at BofA and it's his job to see how the new technology can be designed for. He is in charge of development of next-generation integrated tech solutions for the consumer and wealth management online and mobile platforms and he manages the bank’s websites and eCommerce initiatives.

Apple Watch owners were one of the audiences Gopalkrishnan and his team had in mind when BofA recently revamped its mobile banking app and updated online banking sections of its website.

Today, says Gopalkrishnan, “people don’t compare what you do against other banks.” Instead, they bring their total online and mobile experience with them, so the ease of use of a bank’s app is as likely to be compared to Uber’s, he explains.

Listening to voice of customer

In an interview Gopalkrishnan says the company makes extensive use of customer research to guide new design plans, from quick follow-up communications when people comment on the bank’s app in the Apple App Store to more extensive surveys.

Recently, he says, there has been a surprising development: Customers have been telling the company that, rather than brand-new capabilities, what they want is better usability of existing features.

A common point: “I don’t want to have to do a lot of navigation.”

In a related sentiment, he adds, customers asked for clearer indications where to go to perform “do it yourself” customer service. For example, Gopalkrishnan says the bank had already enabled customers to notify the bank of a lost or stolen card through online services, rather than notifying a bank call center. But customers weren’t always finding that capability easily.

On the other hand, Gopalkrishnan says, the bank found that consumers don’t like a lot of clutter, either.

Another, ongoing revelation has been how independent of generational divisions electronic banking usage has been. While millennials often do live up to their now-stereotyped preference for electronic access to everything, that’s not the full picture.

Gopalkrishnan personally spends some time in BofA branches just watching customers conduct their banking. Something that he has noticed, in spite of the bank’s three-year-old mobile remote capture service is “college students coming into branches to deposit checks, while they are updating their status on Facebook using their mobile device.”

It’s a matter of preference, “it’s not always a generational thing,” says Gopalkrishnan, though as a technologist and a consumer himself, he doesn’t quite get the point of making a physical deposit when mobile RDC is available.

Indeed, he says BofA research indicates that among many consumers there is a broadening preference for “DIY.”

“We think of the mobile phone as a bank in your pocket,” says Gopalkrishnan. “You should be able to do most things on your phone today. Our customers increasingly expect it to be there.”

The iPad and its brethren have made this attitude that much more widespread, he continues. “Senior citizens are increasingly more comfortable with tablets, and Touch ID makes it easier for them to log in.”

In addition to easier navigation, says Gopalkrishnan, consumers want added, but easier, security. This is behind the bank’s recent new online Security Center. The center permits mobile and online banking customers more tools to securely manage their finances. In one location, customers can pick and choose among the many alerts the bank now offers. In addition, the customer can opt in for a one-time authorization code that they can receive via either text or email.

In addition to the security center, the company has recently introduced the following online new features, enhancements, or revamps:

• Touch ID sign in: The bank now offers this security measure on Androids, iPhones, and iPads, for use with its mobile banking app.

• Navigability improvements: Both the mobile banking app’s home page and the online banking overview page have been redesigned to get customers to key features faster, using tiles.

• “Bank by Appointment” feature: Already offered, this service has been updated to permit scheduling of same-day appointments in BofA financial centers for many everyday needs. Mobile users can have the app add the appointment to their calendar, and also specify reminds via text or email. BofA says its customers already set more than 1,500 appointments weekly using this feature.

A handful of statistics released by the bank indicates the size of the canvas that Gopalkrishnan and his team work on:

• The mobile banking base grows by approximately 5,000 daily.

• Mobile customers used their accounts an average of 35 times per user in the second quarter.