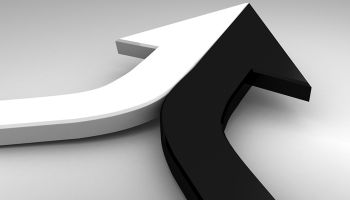 Mergers of equals are often regarded in the banking industry as a solution to many community banking problems, but MOEs come with challenges of their own.

One of the problems that often crops up in MOE discussions is the need of one of the banks to be a "little more equal" than the other, according to Edward Losty, managing director and head of the financial institutions group at Mufson Howe Hunter & Co. LLC.

"Both sides need to be realistic that an MOE is a lot of work, and they need to focus on putting 'us' and 'them' behind and realizing it is now 'we’," he said.

When it fits, when it doesn’t

Losty said he and colleague Jay Junior have worked on three or four announced MOEs over the years and have tried to put together tens of others. In markets where there is a plethora of buyers, MOEs make less sense to potential targets who will instead opt to sell to get the best price. But if there is a dearth of buyers due to the target's size, markets, asset composition or quality, then seeking an MOE-type of transaction is a good option, Losty noted.

Losty believes that mergers or strategic partnerships can work in cases where both parties have management teams and boards that want to stay involved and build something greater together. Those types of mergers seem to make sense particularly when neither party has a very liquid or highly valued currency and thus cannot really afford to be an acquirer in a competitive market, he said.

Prior to that deal, the most recent MOE in the banking space involved JLL Associates G.P. FCH LLC and Pioneer Bancshares Inc. That transaction is expected to close late this year or in early 2016.

MOEs are tough deals to get done for two reasons, Michael Jamesson, head of Jamesson Associates, a consulting firm in Scottsville, N.Y., told SNL. First and foremost, at least one of the banks does not receive a takeout premium. When a premium is paid, golden parachutes can be given out to some executives, which helps make the deal more doable, he said.

Additionally, the employees need to get along in a true MOE in order for the combined institution to be successful. But longtime employees who find themselves a couple of notches down the totem pole after a merger might be unhappy in the larger bank. "So it's the personal issues that are very hard to overcome when you don't have a premium," Jamesson said.

Financials favor MOEs more than before

But Jamesson noted that the environment for MOEs is better today than it was 10 years ago because deal premiums are not typically 2x book value any longer.

At the same time, there seems to be a big difference today between what banks are willing to pay for smaller institutions compared to larger ones. So if a couple of smaller institutions can be combined and grow a little, a much more attractive take-out premium could be available, according to Jamesson.

Also, if the overall earnings environment for banks continues to be difficult, many of the banks that fit the profile of a traditional community bank do not have much value to larger organizations. "And if I don't have a book value premium for selling, then all of a sudden a merger of equals may look like a pretty good deal," he said.

Daryll Lund, executive vice-president and chief of staff for the Wisconsin Bankers Association, told SNL in the wake of the Nicolet/Baylake deal that additional MOEs in Wisconsin are a possibility considering that talent pool retention is seen as a critical factor when choosing a merger partner. The approach of some banks will be to find a true merger of an equally talented and strong organization with the goal of keeping and building upon those strengths.

"It's safe to say many banking industry eyes will be on the Nicolet/Baylake merger as it progresses as bankers considering M&A determine if this is an appropriate path for them," he said.

Losty of Mufson Howe Hunter said he believes that it can make sense for some banks to pursue a merger that does not come with a big takeout premium in some situations. If the deal strengthens the combined management team, improves the franchise and adds economies of scale it could lead to greater earnings performance, and the combined bank could ultimately end up more attractive and more valuable to potential acquirers a few years down the road.

Uptick seen in MOEs, at small end of industry

According to Losty, there are likely to be more MOEs in coming quarters, particularly among small banks. "The holdup for many is the concern that they will be immediately sued by ambulance-chasing law firms filing frivolous lawsuits against the boards for acting in bad faith," he said.

Although a strong MOE can be put together in any geography, Losty said they make particular sense for banks sub-$500 million in assets. Jamesson of Jamesson Associates agreed and said banks of $500 million and larger typically can attract a premium, and so they are less likely to be interested in MOEs. The more dispersed ownership structures found in larger banks make MOEs more challenging, too, Jamesson added.

The industry is more likely to see MOEs in markets with fewer buyers and between banks that share contiguous footprints, according to Jamesson. Markets with lower population density and in which larger banks would be less interested also make more sense for MOEs. Two small banks in a rural market that are eyeing a nearby metropolitan area for expansion might find that it is easier to do so as a combined bank, he said.

Those factors will undoubtedly lead to more chatter about MOEs, but Jamesson said that whether they are successful or not ultimately comes down to people being able to work together. "Somebody has got to be the CEO and say 'this is the vision that we've got'," he said.

This article originally appeared on SNL Financial’s website under the title, “Challenging banking environment could lead to ramped-up interest in MOEs.”