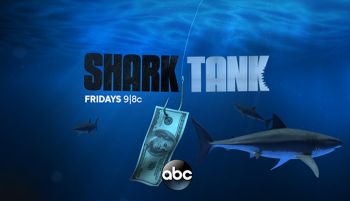 It seemed like an odd choice for the opening session of BAI’s Retail Delivery Systems conference in Las Vegas, but entrepreneurs Barbara Corcoran and Robert Herjavec, two of the stars of ABC’s “Shark Tank,” took the stage in a room full of bankers to talk about leadership and making smart business decisions.

Turns out, success in business relies on certain universal truths, whether the industry is banking or fishing or retail.

Here are some takeaways from Corcoran and Herjavec about swimming in the shark tank, regardless of your business.

“Even though your customers want to interact with you online, personal relationships matter,” said Herjavec.

Corcoran agreed that relationships matter, explaining that when she looks to invest in a business idea, she gives great consideration to her intuition about the person behind the business, sometimes even more so than the actual business idea.

“Anyone who says luck doesn’t matter is smoking dope,” said Corcoran. However, she explained that you need to be in the right mindset to be able to recognize luck and take advantage of opportunities. For Corcoran, luck is blocked when she is surrounded by negative people who drain her energy or when she’s recovering from some type of loss.

In an industry like banking that is mired in regulations, the fun is often sapped out of the business. Corcoran encouraged bankers to have fun to encourage innovation. She joked that some of her team’s best business ideas came from just getting together and having fun. She laughed about hosting theme parties in which she asked everyone to dress up in costume and just have a good time.

“With fun, we became an innovation hotbed, including being the first real estate company to embrace the internet,” recalled Corcoran.

4. Having a purpose greater than you drives business success.

Regardless of your industry, you need a focus that drives you to keep going when times are bad.

“Let’s face it, you face more failure than success in business,” said Herjavec. Herjavec’s drive comes from watching his parents work hard as immigrants to build a better life for his family.

“If I didn’t do something with my life, then my father’s hard work and sacrifice would not be justified. I get through obstacles by thinking about my parents,” he said.

5. Recovering from an injury can drive business success.

“Injury to me says ‘insurance policy’ for business success. That’s why I never invest in rich kids. You have to crawl up from the dirt to desire success,” said Corcoran.

6. Perfect the art of the pitch.

Corcoran and Herjavec offered advice to bankers fighting to get more resources for their initiatives: Present your idea in the language of the person you want to reach.

For example, when pitching a CFO, talk about finances. Don’t speak the same way to everyone.

“Know your audience and translate your words into the words of the business,” he said.

Corcoran agreed, but added that she is also looks beyond the pitch to the credibility of the business owner. She wants to trust who she invests in—and she’s not interested hearing “fancy MBA-speak garbage.”

Any pitch that will can get her attention, said Corcoran, needs to be rooted in common sense.

In the law of business survival, strength is not all it’s cracked up to be. “It’s not the strong who win, but the fast,” said Herjavec. For bankers, that means embracing innovation and transformation and creating cultures that are nimble.

He added that speed depends on the ability to create a high powered team, noting that team members don’t have to like each other but need to respect each other’s skill set.

“I don’t have to like the people I invest in,” said Herjavec, “but I have to know that they are experts in their subject.”