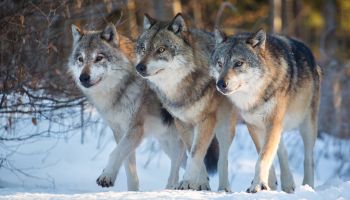 A group of dedicated activists have targeted banks for years, but the number of funds engaging in activism in the industry is growing and supported by successful campaigns. Sluggish economic growth and low rate environment has challenged bank profitability and made institutions not earning their cost of capital ripe targets for activists. Those funds now receive backing from proxy adviser firms as well, bringing the support of large institutional shareholders.

"Activists are certainly going to be part of the banking scene, for the next few years," Gerard Cassidy, managing director and head of U.S. bank equity strategy at RBC Capital Markets, said at the recent SNL Bank M&A Symposium.

The analyst said banks that cannot earn their cost of capital are most likely to be targets of activist campaigns. If a bank is unable to improve and consistently reports a 5% to 6% return on equity when its cost of capital is 9% or 10%, an activist will surface, he said.

Those activists no longer have to fight on their own. Sandler O'Neill & Partners principal Emmett Daly said at the SNL event that advisory firm ISS has recently been in favor of activists in the bank group and not management teams. The shift has brought an entire new universe of investors into the activist fray, Daly said.

Day said it is now fair game for large funds like Wellington Management, Vanguard Group, and Fidelity Management to vote with activists and not side with management because ISS is backing them.

Daly pointed to the pending sale of Metro Bancorp Inc. to F.N.B. Corp. announced over the summer as an example of the recent shift. In just nine months, Metro went from having no activists involved in its stock to having activists like Basswood Capital Management LLC, PL Capital Group, and a number of other investors supporting their campaign owning a large block of the company's shares. He said there are 10 to 15 hedge funds in market that once "one of their buddies gets into your stock, it's a waterfall."

"I don't think anyone is too strong," Daly said. "They are extremely sophisticated these days."

Schechter said activists have not yet agitated a company that is performing as planned. He said the groups look at the potential of downside risk and consider the possibility of the company selling. For instance, he noted that Astoria, Sterling Bancshares Inc., Hudson Valley all had more than one potential acquirer.

Activists in the bank space have historically focused on small, underperforming banks. More recently, though, they have targeted larger regional players. Longtime activist PL Capital recently disclosed that it is in the process of forming a new fund that will focus on banks with assets between $3 billion and $75 billion as it hopes to build on its past success. Through Aug. 31, 2015, PL Capital had produced a five-year net return of 151.1%, compared to a 104.8% return produced by the SNL Micro Cap U.S. Bank & Thrift Index during the same period.

Notwithstanding PL Capital's new focus, some observers see activism in the bank space as a limited event, in no small part due to the restrictions the Bank Holding Company Act places on ownership in a single bank's stock. Investors are often limited to owning a 9.9% voting stake in the company if they want to exert influence and avoid having to register as a bank holding company.

Still, Sullivan & Cromwell LLP Senior Chairman H. Rodgin Cohen believes that the threat of shareholder activists has not been fully appreciated in the banking industry. He said at the SNL event that close to 500 funds have engaged in shareholder activism over the last 18 months and have raised $150 billion in funds dedicated to the strategy.

Cohen noted that activists and their supporters can quickly pile into a company's stock in a "wolfpack attack" and not be seen as acting in concert. He called for the Federal Reserve, OCC, and FDIC to collaborate and develop a clear policy statement, outlining the rules for activists investing alongside one another.

Cohen believes such a clarification is necessary because a number of factors have converged to make shareholder activists more prepared to take on banks of all shapes, sizes, and performance records. For instance, the veteran attorney noted that Trian took a 2% stake in BNY Mellon and criticized the company, which prompted it to give a board seat to the activist. He said the move didn't prevent another activist hedge fund called Marcato Capital Management LP from taking a 1% stake in BNY Mellon and publicly calling for significant changes at the company.

"It is true that only a small minority of banks will be subject to an activist challenge. But if your bank is one of those, it is no solace that you are a statistical anomaly," Cohen said. "Every bank board should engage in education and advance preparation regarding activists."

This article originally appeared on SNL Financial’s website under the title, "Shareholder activism building in the banking industry.”