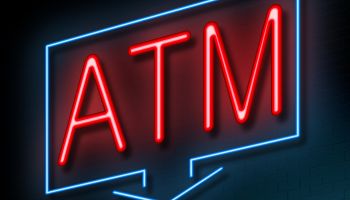 New research reveals an evolving ATM supplier landscape, with the “big three” manufacturers expanding, even as Asian vendors take advantage of fast growth in that region. ATMs purchased by banks in developed economies, where the trio are traditionally strong, have for many years been mostly replacements units.

As a result, according to a study by RBR, despite strong shipment figures, U.S. firms NCR and Diebold, and Germany’s Wincor Nixdorf, are gradually losing installed base market share to their Asian rivals.

How newer players are gaining

The growing influence of Asia in the global ATM market can be measured not only by its installed base, but also in the expansion of the region’s own suppliers. The high global rank of Nautilus Hyosung stems primarily from its strong position supplying low-cost cash dispensers to the U.S. convenience segment, rather than its presence in the bank sector in South Korea and elsewhere.

Japan’s Hitachi-Omron and OKI focus on high-end recycling ATMs that can accept and later redispense banknote deposits. Demand for recycling functionality is fast becoming the norm in cash-centric economies across Asia and beyond. 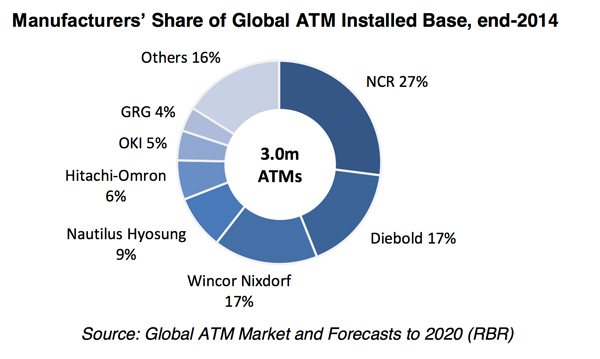 Remarkable growth of the Chinese ATM market has led to the emergence of several domestic suppliers, most notably GRG. The scale of these firms’ home market gives them significant presence at a global level, even though their business outside China remains limited.

Going forward, banks’ requirements for advanced hardware and increasingly sophisticated software solutions, as part of radical branch transformation programs and vital requirements for closer integration with mobile and other banking channels, should continue to generate opportunities for several years to come.