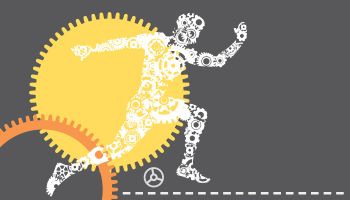 Univest’s Hugh Connelly thinks banks have an opportunity to compete with marketplace lenders, but cautions that it’s a window, not an open-ended opportunity.

Much talk has been heard of late about banks partnering with fintech lenders. Some bankers worry about the impact of P2P lenders on the small business market. Hugh Connelly likes the idea behind some of these players, but he thinks bankers should be taking a more realistic view of these comparatively new entrants.

His viewpoint isn’t a knee-jerk traditionalist’s reaction. Connelly dipped more than a toe into P2P partnership and found fintechs wanting.

Not knowledgeable about credit spectrum

Connelly is president of small business lending at $2.8 billion-assets Univest Bank and Trust Co., and president of the bank’s Univest Capital, Inc., a small-ticket commercial finance subsidiary. He has been experimenting with new ways of serving the small business market on several fronts.

The Pennsylvania banker found his foray into P2P eye opening. His conclusion: fight them.

“Everybody and their brother is talking about fintech,” says Connelly. “Right now is the time we should be attacking these guys, 24/7, because they are as vulnerable as they ever will be. They don’t know what they’re doing.”

From the get-go, according to Connelly, the P2P designation has been “a joke. It’s really ‘P2W’—they are really funding most of their loans with Wall Street money. We don’t need that, because we’ve already got deposits coming out of our ears.”

Connelly says the bank, through Univest Capital, tried partnering with some P2P players and found them out of touch with what small businesses really need. A key revelation to him: The partners didn’t want to provide lines of credit, a staple of small business banking. Instead, they wanted to offer borrowers a series of unsecured term loans, in lieu of credit lines, a mix of structure and purpose that Connelly found odd.

“That’s not lending; that’s a joke,” says Connelly. “But they aren’t going to be this dumb forever.”

Let’s build our own marketplace platform

Instead of partnership, Connelly has resolved that Univest will build its own competitive online structure. “We are in the process of building our own marketplace,” says Connelly. “That will keep fintech players out of our zip codes.”

Univest isn’t starting from scratch. It is basing its development effort on a decision engine built in-house, originally for Univest Capital, that’s already being used by the bank, as well. The bank can feed in customer data, and the engine will produce a yes or no decision. However, unlike an online marketplace, the decision engine has always been subject to human review. Connelly says that 98% of the time the decision engine recommendation is accepted.

“Our advantage is that people control the machines,” says Connelly. “You need to worry about the customers whose analytics don’t fit the mold.” He says in some cases, consultation with a customer who is not approved by the decision engine reveals aspects of their business that argue for approval, and sometimes this has been granted.

“We’re a full-service provider,” and will be even as the marketplace goes live, says Connelly. “These fintech guys are one-trick ponies.”

Long-term, Connelly thinks that banks could band together to offer platform-based borrowing opportunities playing off their knowledge of lending. He thinks some model of cooperative structure, like the original blueprints for MasterCard and Visa, could work.

What do small borrowers want?

To find out how to better serve small businesses, Univest has long had informal talks with small business owners. This has been followed up by formalized research conducted by an outside firm.

A key line of research came down to this question: What are your pain points? The bank found that the answer ranged well beyond the demand for credit. Specifically, overdrafts were a challenge to small firms both because of the costs of bank charges as well as the embarrassment should their checks and other payments bounce.

This mix of liquidity risk and reputation risk was part of another pain point: an overall concern about the risks of running a business. One cited by many respondents was ID theft.

Another common aggravation with banks was slow decision-making. “Small business owners make decisions all day long,” says Connelly. “They get frustrated when they have to deal with ‘runners,’” that is, bankers who must run to someone else for a decision.

A smaller bank like Univest by structure and size can minimize this objection, and can enhance that using tools like the decision engine, which is used now for credits up to $1 million at the bank proper. (The engine has been used by the commercial finance arm for about a decade.)

However, Connelly found himself looking at the Netflix model as a strategy for banking. Part of what has fed the growth of Netflix is its “all you can eat” proposition. For one fee, you can stream all day if you like.

The bank launched Univest Prime, an effort to package banking services as a flat-fee arrangement. Initially, the package was so broad that it included features like a set number of hours of access to an accountant and an attorney, in addition to lines of credit ranging from $3,000 to $100,000. On finding that most customers already had sources of such expertise, the bank opted to “skinny it down,” says Connelly. This helped with acceptance of the concept in test marketing.

The package program continues to evolve. An initial effort to do much of its promotion through branch managers didn’t produce satisfactory results. “They already had too much on their plates,” says Connelly.

The bank recently put the promotion in the hands of business bankers instead. These bankers carry tablets, which enable them to sign up customers right at their place of business.

This article is excerpted from the December 2015-January 2016 Banking Exchange magazine “Best Ideas” report. Click through for five more ideas plus other helpful articles.