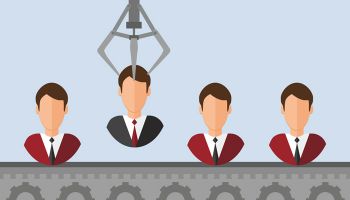 Twenty-two percent of U.S. CIOs surveyed plan to expand their IT teams in the first six months of 2016, according to the latest Robert Half Technology IT Hiring Forecast and Local Trend Report.

This number matches plans from the prior six-month period and is up three percentage points from one year ago. Sixty-three percent of CIOs intend to hire only for open IT roles; 13% anticipate putting hiring plans on hold; and 2% expect to reduce their IT staff in the first half of the year.

"Organizations have spent the past few years building core technology teams that can keep pace with rapid marketplace changes, resulting in an industry that's near full-employment," says John Reed, senior executive director of Robert Half Technology. "Hiring remains steady, and there is particularly strong demand for staff and consultants to complete short-term projects, implementations, and upgrades."

The hiring forecasts are based on interviews with more than 2,500 CIOs from 25 major U.S. markets who were asked to provide a six-month hiring outlook.

Among the 25 major markets included in the IT Hiring Forecast and Local Trend Report, CIOs in Cincinnati, Charlotte, New York, and Boston were most optimistic about increasing the size of their teams.

Sixty percent of CIOs said it's somewhat or very challenging to find skilled IT professionals today. They also revealed which skills are in greatest demand within their organizations. Top responses include: