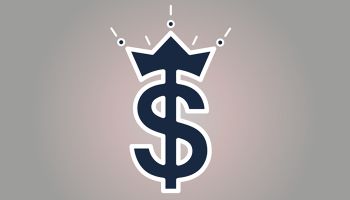 Cash is selected by nearly four out of five consumers when they need to pay someone back personally, according to a survey by Cardtronics Inc.

In spite of people having access to and using a greater variety of payment methods, for purposes ranging from paying people back to convenience store purchases to tipping, cash retains a prominent place in the consumer “wallet.”

The way we pay

Cardtronics’ survey asked, "What type of payment have you used in the past year for the following situations?"

Answers revealed that while consumers are using a mix of payment methods, time and again, cash is No. 1 in a variety of scenarios. These include:

[Note: Respondents could choose more than one option.]

The survey findings also provided insights into how different demographic groups use cash.

"There is a myth in the marketplace that millennials have abandoned cash in favor of mobile and other digital payments. It's simply not true,” Tom Pierce, chief marketing officer. “Millennials take an open-minded view of payments and cash plays a pivotal role in their payment choice mix."

While more than half (57%) of millennials reported using a greater variety of payment methods than before, nearly half (45%) of that group also said that they're more likely to pay more with cash now than they did a few years ago. In fact, millennials report increased cash usage at the greatest clip compared with all other survey respondents.

Among all adults, 37% said their use of cash had increased. The survey also found that women are more likely than men (39% vs. 29%) to use cash to help stay on budget. 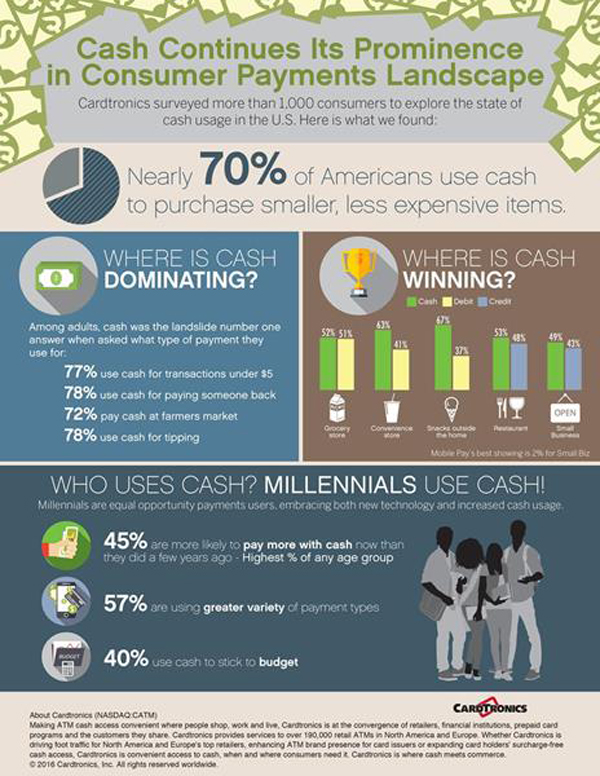