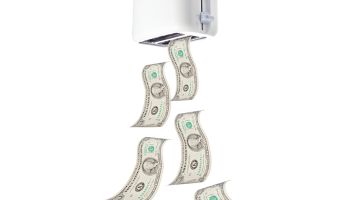 As the financial industry reckons with the idea of a negative rate environment, some bankers are perplexed about how exactly such a scenario would impact their businesses.

Executives could say little for certain about what banking would look like with negative interest rates when asked about the possibility during the RBC Financial Institutions Conference in New York March 8 and 9.

A negative rate scenario has weighed on the minds of investors and bankers since January, when the Federal Reserve instructed banks subject to the Comprehensive Capital Analysis and Review process to simulate a negative Treasury short rate environment in their annual stress tests. The Bank of Japan stoked those worries when it adopted negative interest rates.

Which way is up?

Bankers at the event seemed genuinely confused about the myriad ways a negative rate environment might impact their institutions.

BankUnited Inc. Chairman, President, and CEO John Kanas said that his company has studied the possibility of negative rates.

He told conference attendees that "truthfully, I have no idea," how this would impact the company. He added that "we try to figure out what that means … anyone who says they fully understand what it means is full of baloney."

Kanas questioned whether negative rates would make lending "profitless" but said that was unlikely since spreads would likely widen in that scenario. He said such an environment raises some strange questions across the bank's balance sheet and operations.

"We do a lot of Federal Home Loan Bank borrowings—so are they going to pay us to borrow?" Kanas mused.

He told analysts and investors that BankUnited has actually approached the FHLB system about how it would treat borrowings in a negative-rate world.

Feeling on one’s own

Zions Bancorp. CFO and Executive Vice-President Paul Burdiss said his company is grappling in its CCAR processes with how to model the negative rate scenario which will be a crucial driver of its results in this year's test.

He said building a full interest rate model from the CCAR guidelines issued by the Fed was an uncertain process; he noted the importance of LIBOR for the bank's portfolio and explained that Zions must forecast on its own how the benchmark rate will behave in the Fed's negative rate scenario.

"LIBOR is not part of [those] rates. And so how the Fed treats things like LIBOR or interest on excess reserves in their model is going to be really important in that negative rate scenario and sort of our PPNR outcomes," Burdiss said during the company's presentation.

Others, like Bank of New York Mellon Corp. Vice-Chairman and CFO Todd Gibbons, had a clearer idea of what operating with negative rates in the U.S. might entail.

Gibbons said that unlike some other retail and domestic institutions, Bank of New York Mellon's global and institutional operational bent means negative rates are already a reality for his institution.

"We've had experience charging negative interest rates … in euro, Danish, Swiss and the yen, so, operationally we're well prepared for it," Gibbons said.

He added that the bank had pivoted its strategy once rates swung negative. "Once you broke through the negatives, it became a spread game again … now we're actually adding a little spread and we'd anticipate doing the same thing in the U.S., if it were to happen."

Many at the event still think negative rates are unlikely. Kanas said BankUnited is still forecasting two interest rate hikes during the year and deemed negative rates an unlikely scenario.

"I think the likelihood of its happening is probably pretty limited; it hasn't been particularly effective where [central banks] have gone negative … and the U.S. economy continues to do pretty well," Bank of New York Mellon's Gibbons said.

Fed officials have certainly left room for bankers to wonder, however.

"What Fed policymakers are saying is: it's not off the table," Gibbons said.

Editor’s note: On March 16, subsequent to first publication of this article on SNL’s website, the Federal Reserve’s Open Market Committee voted to maintain its target range for the federal funds rate. The committee statement made no reference to this issue.

This article originally appeared on SNL Financial’s website under the title, "Rate world turned upside down"