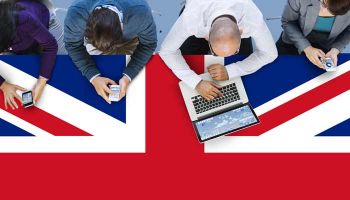 It has been said that the United States and Britain are two nations separated by a common language. Somewhere along the line fintech seems to have become a subset to that old saw.

Britain has grabbed the title of global capital of fintech and has announced efforts to aid that sector’s growth and its spread beyond the U.K. American regulators are moving cautiously, as evidenced in recent speeches by regulators, notably the Comptroller of the Currency. Comptroller Thomas Curry released a white paper detailing how the national bank regulator could conservatively encourage fintech while balancing risk and innovation. (See “OCC would balance innovation against risk”)

OCC has taken the lead on getting some thinking out there on this, while the Federal Reserve is known to have multiple working groups looking at fintech and its ramifications.

Meanwhile, in the U.K., on April 11 at Innovate Finance’s Global Summit, Economic Secretary Harriett Baldwin, also a member of Parliament, announced further expansion of an ongoing government effort to be fintech friendly.

Baldwin, a former financial services executive herself, noted that the February 2016 government-commissioned Ernst & Young report, U.K. Fintech: On The Cutting Edge, ranked the U.K. as fintech capital, ahead of California, New York, and Singapore.

“The U.K. fintech sector generated £6.6 billion revenue in 2015,” said Baldwin. “With a workforce of over 60,000 employees, more people work in U.K. fintech than in Singapore, Hong Kong, and Australia combined.”

While she said that was a strong beginning, Baldwin declared that the government intends to “ensure that the U.K. continues to be the best place in the world to be a fintech company.”

While FCA is taking various pro-fintech regulatory measures, other parts of the U.K. government have been working to make the country fintech friendly. In her speech, Baldwin referred to the FCA efforts and some other programs, and announced new thrusts:

1. Establishment of a fintech panel led by representatives of the fintech community that would oversee U.K. fintech strategy.

The new panel “will have its very own delivery support function, which will monitor and drive initiatives to fruition,” Baldwin said. “It will accelerate the time to market of government and industry initiatives, ensuring that they are targeted where they will add most value.”

Of high interest to the government is a pending project concerning an “open banking standard.” This project, already underway, is intended to make it easier for fintechs and other innovative firms to use bank data to develop and provide value-added banking services. Baldwin noted that a key report had been published and that the government was working with industry to determine where to head.

“We recognize that government will need to play a critical role in ensuring that we have the right framework within which customers’ data can be safely shared,” said Baldwin.

This is an extension of ongoing efforts. In October 2015 a special visa program was enhanced to enable more fintech specialists to come to work in the U.K.

Baldwin said the government is working to help bring more professional services, such as those of accounting and legal advisors, to fintech entrants at more-affordable pricing arrangements. This is being referred to as a “professional services hub.”

Baldwin said there were many aspects to this, from building links between academic and industry expertise, establishment of research hubs, and appointing “special envoys to further champion the development of fintech in the [U.K.’s] regions.”

The U.K. has already appointed Eileen Burbidge as Special Envoy for Fintech, in July 2015, to promote the U.K. fintech sector at home and overseas. Burbidge is an American venture capitalist based in London. She is a partner at Passion Capital.