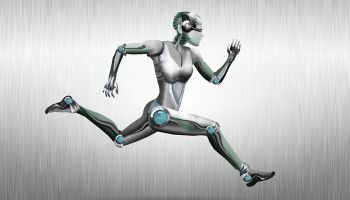 A rising tide may lift all boats, but sometimes some boats are lifted higher than others. While personal loans to near prime and prime consumer borrowers have been rising across four categories of lender, fintech players have pulled ahead of more typical creditors, including banks, credit unions, and traditional finance companies.

New research by TransUnion found two trends occurring at the same time. First, post-recession consumers have been obtaining a growing amount of personal loans—unsecured closed-end credit. Second, in only five years fintech online consumer lenders have gone from a negligible factor to the leading originator in this market. 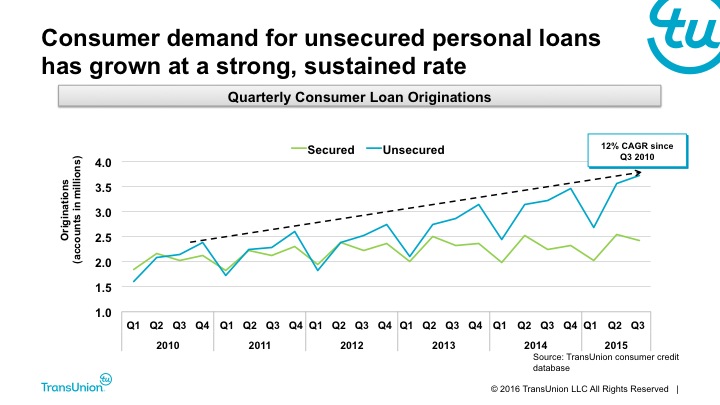 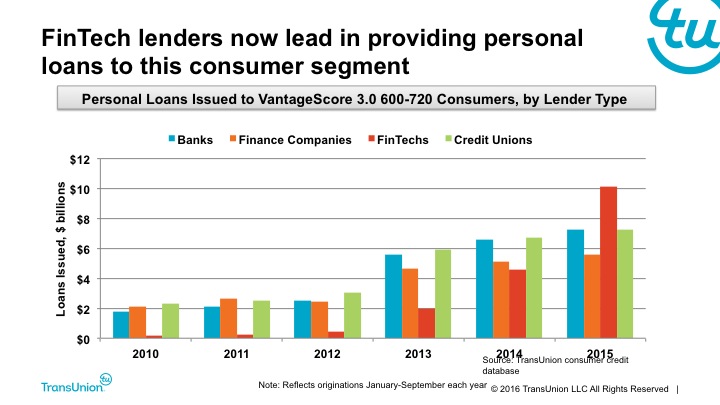 In a speech at the recent Lendit USA conference in San Francisco, and an interview, Steve Chaouki, executive vice-president and head of TransUnion’s financial services business unit, said that personal loans represent a growth opportunity for all lenders. He said demand continues to be robust, so that a growing number of companies have launched large personal loan programs. Approximately 92 million consumers fall into the near prime and prime risk categories, according to TransUnion.

As the bar chart below shows, there were only 22 organizations running programs making 10,000 or more loans in the credit groups identified in 2010. By last year, 57 companies were in that league, an increase of 159%. Chaouki believes there is still room for more growth in large providers, though the growth rate is beginning to taper off.

“There’s room for lots of lenders here,” said Chaouki. “This is a fragmented space, and it was so before fintechs.” Chaouki said that personal loan origination has steadily shifted from subprime to higher credit bands. Usage has been strongest in the near-prime and prime risk groups, with more than half of the demand for personal loans coming from applicants with VantageScore of 600-720.

“The consumer lending area has been growing for everyone,” he said. 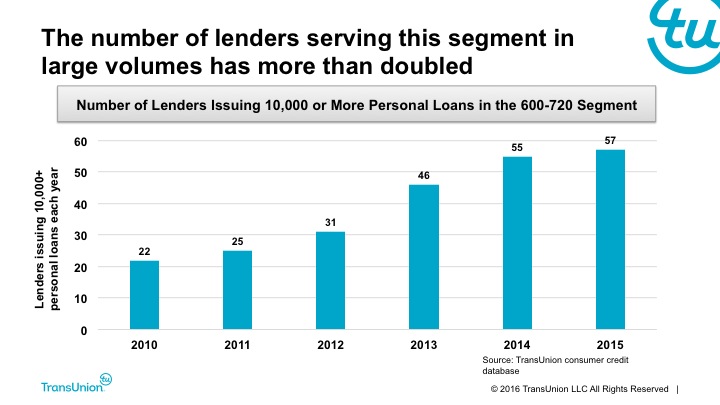 Chaouki noted that delinquencies among recent “vintages” of personal loans are rising, but he pointed out that these loans were not necessarily going to result in losses. He said delinquencies tend to rise in growth markets for credit. Chaouki also noted that the size of loans offered has been rising in response to growing competitive pressures.

Looking ahead, Chaouki predicted that home equity lines of credit would become much more popular as rates begin, in time, to rise again. He said borrowers who own homes would be inclined to tap their equity as these secured loans would be cheaper than unsecured personal loans.

Chaouki said this would revive the HELOC markets, which “are still stuck in 2005.”