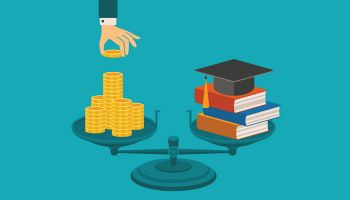 However, it met with distinct coolness from the Consumer Bankers Association, which claims in a statement that it does not address the “root cause” of the issue—namely the federal government’s exemption from Truth in Lending Act requirements.

Called the “Payback Playbook,” CFPB’s new disclosure format seeks to provide borrowers with personalized information about their repayment options from loan servicers so they can secure a monthly payment they can afford.

“Borrowers have the right to choose among different plans, but they first need to know what their options are. They also need accurate information from loan servicers about account features, loan terms, and borrower protections,” stated CFPB Director Richard Cordray.

“Personalized” is a key descriptor of the new program. Borrowers input certain information and receive up to three options they can choose among, based mainly on annual income and family size.

The bureau provides a prototype example of how this would look in practice. Options include:

• Graduated repayment, with monthly payments gradually increasing over ten years based on the remaining loan balance.

• “Pay as you earn,” incorporating up to 20 years of graduated monthly payments based on one’s family size and income—after that, any remainder is forgiven.

The template then calculates the initial and maximum monthly amounts the individual borrower would need to repay under each option.

Cordray noted that a recent Government Accountability Office study found that 70% of borrowers in default actually had an income that would qualify them for a lower monthly payment through one of the available plans.

“This tells us that millions of borrowers may be failing to receive critical information about repayment options or are encountering communication breakdowns when they try to enroll,” said Cordray.

CFPB’s announcement was met with tepid reaction from the Consumer Bankers Association, however.

“We are disappointed the root cause of this problem—the high cost of college and the impact on borrowing—continues to go unaddressed,” said Richard Hunt, president and CEO, CBA, in a statement.

Hunt pointed out that private lenders, covered by the Truth in Lending Act, must provide 18 disclosures, three different times, before a loan can be  issued.

“These upfront disclosures help ensure consumers are provided the greatest consumer protection of all: a robust underwriting process that includes an ability-to-repay test,” said Hunt. “Unfortunately, the federal government is exempt from providing these disclosures and others like them, including the annual percentage rate, which accounts for fees and the impact of deferred payments when calculating the cost of credit.”

Hunt then added some perspective that gets lost in the verbiage surrounding student lending.

“Nearly 98% of private student loans are being successfully repaid—putting delinquency rates for private borrowers at their lowest level since before the 2008 crisis,” Hunt said. “Robust underwriting used by banks, plus strong servicing programs to assist their borrowers throughout the life of the loan, are helping families meet their obligations.”

The Departments of Education and Treasury joined in CFPB’s effort, including it in an initiative “to build a new state-of-the-art loan servicing system,” according to a release. One part of that will be to modernize the way student loans appear on borrowers’ credit reports. The concern there is that student loan repayments can be a consumer’s first entry into credit markets, and can affect the ability to obtain subsequent credit.

Another part of this initiative is the provision of the studentloans.gov/repay website, where individuals answer a series of five questions and then receive repayment options based on their unique circumstances.

“We want student borrowers to know that they have the support they need to manage their debt and navigate the options available to them to pay back their loans,” said John King Jr., U.S. Secretary of Education.

In March, CFPB took action to halt a student loan debt relief scam that illegally tricked borrowers into paying fees for federal loan benefits. Student Aid Institute, based in San Diego, and its CEO Steven Lamont were ordered to shut down operations and pay a $50,000 civil penalty, among other actions.

“We see more and more companies and websites demanding large upfront fees to help student loan borrowers enroll in income-driven plans that are available for free,” says Cordray. “These practices bear a disturbing resemblance to the mortgage crisis where distressed consumers were preyed upon with false promises of relief. We will continue to shut down illegal scams and address sloppy servicing practices that victimize consumers.”