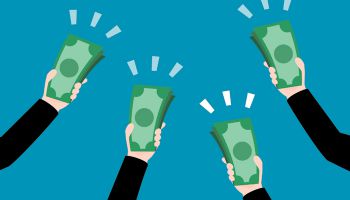 The use of debt financing to provide capital expanded greatly on Dec. 11, 2014 for a large group of financial institution holding companies when both chambers of Congress passed legislation that increased the total asset size for holding companies to qualify for exemptions to capital guidelines under the Small Bank Holding Company Policy Statement. While debt financing is available to bank holding companies of any size, BHCs with less than $1.0 billion in consolidated assets have more flexibility when it comes to structuring the terms of any debt financing, as we discuss in this article.

Very generally, a small BHC after the 2014 changes to the Policy Statement is a BHC that has under $1.0 billion in consolidated assets. For small BHCs, the Federal Reserve considers the BHC’s debt-to-equity ratio on a parent-company-only basis, and considers the adequacy of the bank’s capital on a bank-only basis. Consolidated capital ratios at the BHC level are not considered. Under the debt-to-equity ratio requirement, smaller BHCs may have a debt-to-equity ratio of up to 3:1, subject to certain ongoing requirements, the most important of which is that the small BHC must refrain from paying dividends until such time as it reduces its debt-to-equity ratio to 1:1 or less. In such cases, distributions and dividends, including trust-preferred distributions, require Federal Reserve approval.

Because the Policy Statement now exempts a greater number of “small BHCs” from the consolidated capital ratio requirements, more small BHCs have greater flexibility to access the debt markets to raise funds that can be injected into their subsidiary banks as common equity.

Further, although debt financing could be structured to qualify as Tier II capital at the BHC level, which may be particularly important for BHCs with more than $1.0 billion in assets), the absence of consolidated capital ratio requirements for the small BHC (i.e., less than $1.0 billion in assets) renders that classification inconsequential for many BHCs. A small BHC will need to still be mindful of the debt-to-equity ratio limits and the impact of exceeding the 1:1 limit, but most small BHCs accessing the debt markets, for example through subordinated debt offerings, will be well below the debt-to-equity ratio limits of the Policy Statement.

Opportunity for many BHCs

Based upon September 30, 2014 data, with the 2014 changes to the Policy Statement, 664 additional institutions qualified for favorable capital treatment under the Policy Statement and found greater access to a broader range of capital instruments by which to increase capital for lending and acquisition purposes.

This is a significant win for bank holding companies with total assets between $500.0 million and $1.0 billion and even those approaching the $500 million asset threshold. The expanded access to debt to fund bank-level capital will, in turn, foster increased lending and M&A activity by those institutions. At the time of the changes to the Policy Statement, Camden Fine, of the Independent Community Bankers of America, said “This legislation would make it easier for community bank and thrift holding companies to raise additional capital and improve lending.” James Ballentine of the American Bankers Association, added “[The changes] make it easier for community banks and thrifts to issue debt and raise capital — and thus increase the lending that is so critical to growing their local economies.”

Since the change to the policy statement, we have assisted many institutions in issuing subordinated debt. The subordinated debt is almost always unsecured (which it must be in order to qualify as Tier II capital) and is not issued with any type of sinking fund or debenture. Unlike a typical bank-stock loan from a banker’s bank, subordinated debt also carries no financial covenants (and in fact cannot do so to qualify as Tier II capital). The maturity varies from three years to as many as ten years, and is often interest-only for some or all of that period with a balloon principal payment due at maturity (to the extent not amortized at some point during the duration of the subordinated debt).

These subordinated debt offerings are almost always conducted pursuant to an exemption from the securities registration requirements of the Securities and Exchange Commission. There has been a recent explosion of investment banks, such as SunTrust Robinson Humphrey, Sandler O’Neill & Partners, FIG Partners, Ambassador Financial Group, Stone Castle Partners, etc. assisting as placement agent with subordinated debt offerings. This activity is not limited to large publicly-traded institutions, as many smaller institutions have utilized these services.

As with the terms of the subordinated debt, whether or not the BHC should engage the services of an investment bank to help place the debt depends on the target investor group and the BHC’s perception of its own ability to place its subordinated debt within the retail investor marketplace.

Sub debt can be a growth engine

After issuance, this debt can be used by the BHC for many purposes, including, but not limited to, financing acquisitions of whole banks or branches, refinancing existing debt that has less favorable terms or that is maturing in the near future, financing a tender offer or stock repurchase by the BHC of its own equity securities, refinancing a bank-stock loan from a banker’s bank, refinancing SBLF or TARP funds that have experienced a recent increase in interest or dividend rate, or simply to support organic growth. With respect to supporting organic growth, recall that, assuming a reasonable 10% capital ratio at the bank level, every dollar of debt issued at the BHC and injected into the bank supports $10 worth of asset growth at the bank. So, the proceeds of $5 million debt offering injected into the bank will support an additional $50 million of asset growth at the bank.

We have assisted numerous BHCs across the country, ranging in size from $100 million in total assets to well more than $1 billion in total assets, in raising capital, whether equity capital or the issuance of subordinated debt. In almost every case, the subordinated debt offering is fully subscribed, whereas many equity offerings might achieve a subscription rate of 85%. The popularity of subordinated debt with investors is no doubt tied to the relatively attractive interest rate and maturity terms that are common for this type of debt. Accordingly, subordinated debt is a very attractive, and relatively inexpensive alternative for raising capital to support the bank’s growth and strategic plan.

Robert Flowers is a partner in the Dallas office of Hunton & Williams LLP. He focused on the corporate and regulatory representation of commercial banks, thrifts, holding companies, and other financial institutions. He can be reached at [email protected]