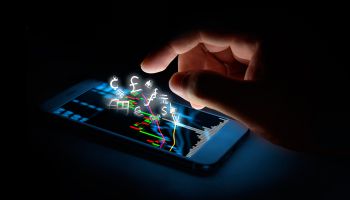 Limited purpose bank charters aren’t new in concept. But the idea that fintech players—some of whom reveled in their “unbankness” not so long ago—could get a special charter, a “charter lite,” or some variation on the theme had been floating around Washington even before Comptroller Thomas Curry indicated earlier this year that OCC was actually looking at a national fintech charter.

Initially some fintech players toe-dipped into the chartering idea. As one prominent banking attorney recounted, their interest waned about the time that the lawyer, after a couple of “freebie” phone calls, mentioned the term “billable hours.” But since then interest has grown more serious, with other firms getting involved in the background machinations.

In a Sept. 13 speech to an audience of marketplace lenders, Comptroller Curry gave an update on his agency’s consideration of the charter concept. One point that has focused attention on the national charter, versus a charter from a state chartering authority, is the advantages of a significant degree of pre-emption from state financial laws. This is of special interest to players that want to market credit services nationwide under a banking charter.

Two sides of the story

Curry said OCC has heard from supporters of fintech charters and those who oppose it.

“This may also provide a more level playing field for financial services offered on a national scale,” said Curry. Supporters also point to a simpler and cheaper regulatory framework for a nationally chartered fintech firm.

Opponents, on the other hand, see a fintech charter as an evasion.

Curry noted that OCC received such pushback when it approved the first charter for an internet-based bank in the late 1990s.

One point Curry made clear was that a fintech charter would not be a ticket to chartered advantages without accompanying responsibilities.

“If we at the OCC do decide to grant limited-purpose charters in this area, the institutions who receive the charters will be held to the same strict standards of safety, soundness, and fairness that other federally chartered institutions must meet,” Curry said. “We have increased our focus on issues of compliance, and I personally have worked to raise the visibility of this important aspect of bank supervision, which is why we coined the phrase responsible innovation.”

An issue that will come up is the role of federal deposit insurance. That is something to watch for.

Perspective from the legal trenches

“My sense is that Comptroller Curry is very engaged and interested in doing something like this,” says David Baris, partner at Buckley Sandler LLP and President of the American Association of Bank Directors. Baris has met with OCC staff on fintech charters for clients.

Something important to remember about OCC (and other federal banking agencies) is that its focus has historically been on the containment of risk, says Baris. That will be a priority in any fintech charter the agency devises.

For this reason Baris doubts capital requirements for a fintech charter will be lower than the levels expected for “regular” banks. If anything, Baris says, the expectations might be higher, due to perceived risks in some fintech activities such as concentrations.

Baris has helped organize more than 30 de novo banks, and says each case stands on its own in terms of what regulators’ capital expectations were.

“It’s not just about what the minimum capital requirements in the regs say,” Baris explains.

One aspect that sets fintech companies apart: Many don’t want to accept deposits, notes Baris. Marketplace lenders fund their lending by other models, he points out.

By his reference to “responsible innovation,” Curry was referring to a term introduced broadly by OCC when it published a white paper on innovation earlier this year. Supporting Responsible Innovation in the Federal Banking System: An OCC Perspective was followed by a full-day forum that consisted of panels of regulators and financial players and advisors examining aspects of financial innovation.

OCC received a small but intensive response to its request for written comments on its whitepaper in May and June. OCC staff is drawing on those, input during the forum, and other sources to develop a framework for responsible innovation. Curry said the framework would be completed this fall. (See the end of this article for a recent OCC proposal that bears on the fintech charter issue and that is open for comment until Nov. 14.)

He said there were four types of policy questions the innovation team has been considering:

1. Do new techniques, technologies, and products raise concerns about compliance with existing laws and regulations?

One example would be the possibility that algorithms used by marketplace lenders create fair-lending violations.

2. Are existing laws and regulations adequate?

Curry said OCC had heard concerns about the adequacy of current rules during the June innovation forum and from places like Congress.

3. Do innovative activities, products, or services present a need for entirely new regulation or laws, to protect the public’s interest or prevent risk to the broader financial system?

4. Should innovation be regulated? And if so, who should be regulating the entity or the activity?

To some extent, said Curry, “the conversation about whether there should be a national substantive law or a federal license or charter for marketplace lenders and fintech firms is part of answering the question of ‘who’ should regulate the activity.”

Of course, he added, “if a firm merited a federal bank charter, the question would be resolved as it would be squarely under the primary federal supervision of the OCC.”

Other voices weigh in on charter

Over the summer, commentary on the matter varied. For example, in early July Maria Vullo, New York Superintendent of Financial Services, opposed the concept. She called creation of a federal charter for online lenders to be a “massive mistake,” according to press reports. She believes state regulators can adequately deal with oversight of companies like marketplace lenders.

On the other hand, during the summer the House Financial Services Committee’s Subcommittee on Financial Institutions and Consumer Credit held a hearing on innovation. In testimony at the hearing, American Bankers Association President Rob Nichols urged a balanced consideration of the idea. The association didn’t outright oppose the concept.

“Regulators need to consider how a proposed charter would differ from existing bank charter options and why a different regulatory approach is necessary,” said Nichols. “It should also examine whether those differences serve a public purpose.”

While the responsible innovation initiative has afforded several opportunities for input, another may lie in a recent notice of proposed rulemaking concerning “Receiverships For Uninsured National Banks.”

“The OCC’s rules provide that a special purpose bank must conduct at least one of the three core banking functions, namely receiving deposits, paying checks, or lending money. As part of the agency’s initiative on responsible innovation in the Federal banking system, the OCC is considering how best to implement a regulatory framework that is receptive to responsible innovation, such as advances in financial technology. In conjunction with this effort, the OCC is considering whether a special purpose charter could be an appropriate entity for the delivery of banking services in new ways. For this reason, the OCC requests comment on the utility of the receivership structure in the proposed rule for receivership of such a special purpose bank.

“Question 1. Would application of the NBA’s legal framework for receiverships of uninsured banks to such innovative special purpose banks raise any unique considerations?”