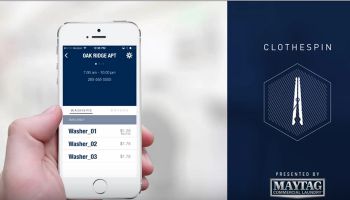 "Clothespin," for consumers who use laundromats and commercial laundromats, makes the experience more convenient. That's a sample of how Mastercard's APIs help developers come up with helpful apps.

Now, putting aside the inevitable puns about money laundering, why would anyone want a payment app for commercial washers and dryers?

If you’ve lived in an apartment building, you could answer that question. Simply not having to worry about having enough quarters, and being able to pay from your ominipresent smart phone, just for starters. Being able to know when your laundry is done. And even knowing when machines have become available.

Maybe that doesn’t sound sexy, but unless you really love laundry rooms, it’s priceless for people who use commercial laundry machines.

Mastercard helped Maytag develop that app for its commercial laundry facilities—its project name was “Launder,” but it is branded as “Clothespin”—and helping developers bring such apps to consumers is behind the payment company’s expanded effort to make it easy to use application programming interfaces (APIs) to do so. The company recently introduced the Mastercard Developers platform to put all the APIs in one convenient place. This is an expansion of the Mastercard platform that launched six years ago.

APIs represent a key avenue for the company’s effort to help developers integrate Mastercard digital payment functionalities into apps, according to Oran Cummins, Mastercard’s senior vice-president for APIs. At present 25 apps are accessible to outside developers, complete with the ability to test them out in virtual applications. Eight company labs worldwide will feed APIs into the centralized service.

Among the APIs already on the platform is one for Masterpass, which enables consumer to pay with any card, anywhere, with any device. Mastercard Digital Enablement Services, another API, facilitates tokenization of Mastercard numbers for payment security. Mastercard Send enables P2P, disbursement, and remittance transactions to be sent to almost any debit account.

Among other APIs on the platform now are ones providing data services to users; fraud scoring; and a group of experimental APIs, including one for bot commerce. One in the works is MC Aid Network, designed to streamline the distribution of assistance payments even in the absence of telecommunications infrastructure.

“It’s in our interests to help developers with more and more digital APIs,” says Cummins. “It’s all about making your services easy to use.”

Virtual machines, like the laundry equipment that was simulated for Clothespin, are used to provide a test bed for developers. There’s a virtual soda machine, for example, that lies behind the Masterpass functionality that the company will be promoting during the upcoming Money 20/20 conference.

Back to the quarters. Cummins notes that street parking is another of those bothersome things that one need coins for. As that goes digital, developers will want to test such payments.

“We haven’t got a virtual parking meter yet,” says Cummins, “but it’s on our radar.” 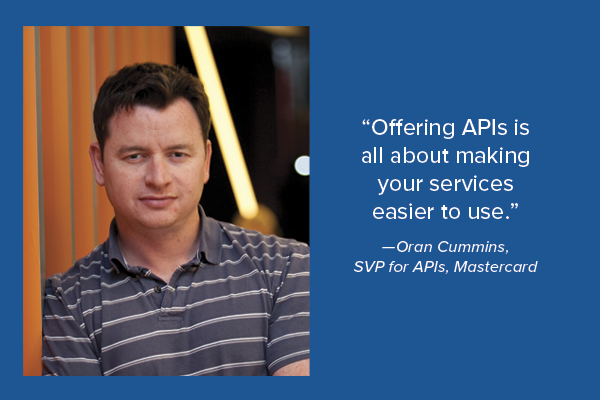