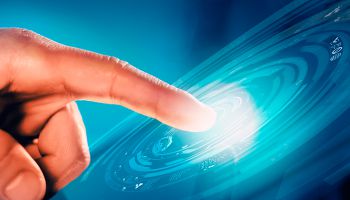 Comptroller makes it clear that innovation safe harbor concept is nonstarter on his watch.

Any fintech players who thought a special federal charter would be “regulatory lite” can put those thoughts to rest. Not going to happen that way.

In a Nov. 3 speech in London Comptroller of the Currency Thomas Curry built on comments made a week earlier when OCC unveiled its “responsible innovation” framework. He spoke about innovation in finance, OCC’s views on innovation, the concept of “safe harbors” for innovation, and the much-anticipated fintech charter.

Curry recounted how many who commented during OCC’s initial investigation into innovation were concerned that a limited special charter would result in lighter regulation and supervision. He indicated that there was also concern about fintech companies obtaining charters trying to avoid consumer protection laws.

“So let me be clear,” said Curry, “if the OCC decides to grant a national charter in this area, the institution will be held to the same high standards of safety, soundness, and fairness that other federally chartered institutions must meet.”

Added Curry: “Having a national charter has tremendous value, and because of that it carries certain responsibilities.”

OCC unveiled the latest wrinkle in an effort to press ahead on the intersection between banking, fintech, and other forms of innovation last week—reserving the charter matter for the separate paper. During a press briefing the agency released Recommendations And Decisions For Implementing A Responsible Innovation Framework. This was a followup to a white paper released earlier this year discussing concepts and options for the agency’s approach to innovation. During the summer OCC held a forum that was supplemented by other input from interested parties.

No interest in a risk-free “sandbox” approach

In his London speech Curry underscored indications that came in the innovation press briefing that the idea of a protected “safe space” for banks’ innovation efforts that are just getting off the ground is a nonstarter at OCC.

Curry indicated that the U.K.’s own sandbox approach, run by the Financial Conduct Authority, was helpful to study as his agency developed its approaches.

However, Curry said that a “safe space” where no penalty would apply if the trial violated consumer protection or other laws would not be created.

“I do not support this approach,” said Curry. “Waiving compliance with consumer protection or safety and soundness never makes sense, nor does our agency have the authority to waive compliance requirements. It is the company’s responsibility to ensure products and processes are safe before rolling them out.”

Curry said protection could be obtained by carefully designing pilot programs, and conducting them in limited scope and duration. Continuous monitoring of pilot programs was another emphasis.

The OCC innovation framework contemplates an optional somewhat collegial approach to pilots by financial institutions, possibly in conjunction with their fintech partners, and with a new Office of Innovation at OCC.

“Having an open dialogue with regulators in developing a pilot also helps by encouraging product and system designers to ask the right questions as they determine a product’s features and the parameters of the test,” Curry said. “Working with regulators also helps regulators understand precautions that companies have taken to ensure new products and processes are safe and sound and meet consumer protection standards. Facilitating responsible pilots will be one of the many tasks of our innovation staff.”

OCC officials have specifically said that working with a company “is not giving them a free pass.”

During the press briefing concerning the innovation framework Curry announced that the special office would be created in the first quarter of 2017. He also announced the appointment of Beth Knickerbocker, an OCC counsel, to be the acting agency Chief Innovation Officer. Knickerbocker rejoined OCC a few years ago after spending some time in the private sector, including work with banks, a law firm, and the American Bankers Association on legal, risk management, and compliance matters.

The new office—intended to be a “one-stop shop” for national banks interested in innovation—would be based in Washington, D.C., with satellite offices initially in New York and San Francisco. A small staff of specialists would be assisted as needed by other agency employees. One possibility would include “innovation fellows.” Another would be temporary assignments from other regulators, both foreign and domestic.

An intra-agency committee will also be formed to advise the new office and facilitate collaboration on innovation work within OCC. During the press briefing Curry was asked about his agency’s effort versus the Consumer Financial Protection Bureau’s Project Catalyst. Curry indicated the new office was meant to compliment the bureau’s program.

[A panel at the recent Money 20/20 conference addressed the role of regulation versus innovation in blockchain and other financial areas. Read “Innovation meets regulation”]

In his London speech Curry spoke to the potential “uberization” of banking and noted banking, as an industry, has tended to be part of the tech evolution affecting financial services in ways the traditional taxi industry was not. Curry said many banks have innovation labs of their own, or are otherwise exploring fintech options.

In addition, “we are also seeing that as some fintechs mature, they are recognizing that partnering with a bank or even exploring the idea of becoming a bank makes sense—despite their vocal opposition to the entire system a year or two ago,” said Curry.

Read Recommendations And Decisions For Implementing A Responsible Innovation Framework