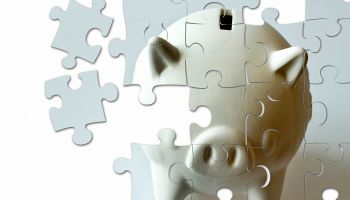 The run-up in bank stocks since the early November presidential election gives would-be bank acquirers stronger currencies with which to pursue more deals, analysts say, and a pair of sizeable acquisitions announced over recent weeks could prove precursors to a resurgence in community-bank M&A activity.

The SNL U.S. Bank index has posted a double-digit percentage advance since the Nov. 8 election. [Editor’s note: S&P Global originally posted this article on Nov. 23.] Individual banks that have climbed along with the overall index and that also are hungry for acquisitions now have stocks that are of greater appeal to potential sellers. The higher values of buyers' shares make it easier for them to pay up some in stock-driven deals to meet seller pricing expectations.

This could prove particularly evident among larger deals, analysts and investment bankers say, given that the bigger the target the more likely it is that it can command a relatively favorable price.

"Those sellers may now just see the prices they've been holding out for," Jefferson Harralson, an analyst at Keefe Bruyette & Woods Inc., said in an interview.

Last week, for example, Billings, Mont.-based First Interstate BancSystem Inc. said it would pay $589 million in cash and stock to buy Bend, Ore.-based Cascade Bancorp, which has more than $3 billion in assets, making it the largest U.S. community bank target to agree to sell since August. Community banks are those that, generally following regulators' parameters, are under $10 billion in assets.

S&P Global Market Intelligence's SNL estimated the Cascade deal value at 215.1% of tangible book. SNL valuations for bank and thrift targets in the West region between Nov. 17, 2015, and the same date this year, when this deal was announced, averaged 144.31% of tangible book.

Then, on Nov. 21, McKinney, Texas-based Independent Bank Group Inc. said it would buy Fort Worth, Texas-based Carlile Bancshares Inc. in a $434 million cash-and-stock deal. Carlile has more than $2.3 billion in assets and is the second-largest community bank target to ink a deal since August. SNL estimated that the Carlile deal value also topped 215% of tangible book.

Harralson emphasized that most buyers will not dramatically boost the prices they are willing to pay simply because their stocks have climbed in recent weeks. But more of them may gain enough confidence in market conditions to step up modestly on price, paying above averages earlier in the year to meet seller needs and cinch deals now.

He said that would become increasingly likely if bank stocks continue to gain ground amid anticipation of tax cuts and deregulation under a new president. Republican President-elect Donald Trump will take office in January and has touted a pro-business agenda that has fueled optimism among investors.

"When you get higher prices, of course, that often translates into more deals getting done," Harralson said.

D.A. Davidson & Co. analyst Gary Tenner agreed that most acquirers will hesitate to substantially hike the prices they are willing to pay. But, in an interview, he also said that if bank stocks continue to build momentum, more buyers could afford to pay up moderately and deal activity "could build."

Such a development would mark a shift for the bank M&A landscape in 2016. Amid concerns about global economic fragility and domestic uncertainty in the months leading up to the election, bank stocks struggled to gather and maintain momentum most of this year. Deal activity, by extension, proved relatively light.

Players may leave the bench

"I think for a lot of this year, you had a number of people who just backed away because of the uncertainty and just basically waited to see how things would shake out," Jacob Thompson, a managing director of investment banking at SAMCO Capital Markets, said in an interview.

But now, Thompson said, "I think we have entered a more positive environment." Both bankers and investors, he said, "certainly like what they are hearing" from the Trump camp when it comes to softening what banks view as a harsh regulatory environment, as well as lowering taxes on businesses.

Many community banks cater to small and mid-sized businesses. If the tax burden on these companies were lowered, the thinking goes among market participants, they will ramp up investments in expansion efforts that banks could finance.

"That is fueling more confidence," Thompson said. "And I think with continued confidence, you will see an increase in deal activity."