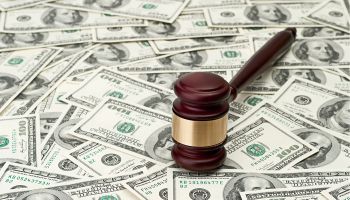 When Thomas Vartanian started out at the Comptroller of the Currency in 1976, the agency’s rules came to about 70 pages.

“And that was it,” says Vartanian, now partner at Dechert LLP.

Not that long out of law school, during his early days at OCC, Vartanian remarked to then-Senior Deputy Comptroller Paul Homan regarding the brevity of the rules.

“We don’t need many rules,” Vartanian recalls the senior official responding. “If you don’t run a safe-and-sound bank, you need to fix it, or you are out of a job.”

When asked where he sees federal banking law and regulation going in a Trump Administration, Vartanian tells this story to reflect the very different times and regulatory atmosphere that have come to be the norm.

Vartanian worked not only at OCC during the Carter Administration, but in the Reagan Administration, as General Counsel at the old thrift regulator, the Federal Home Loan Bank Board, which also oversaw Freddie Mac, the FSLIC, and the Federal Home Loan Bank System. After that he spent three decades in private practice working on many aspects of banking law and regulation and a variety of noteworthy transactions.

In that time, Washington has seen an evolution in how Congress articulates the laws and the role of regulatory agencies that must implement those laws. Banking laws have gone from general safety and soundness principles to an incredibly detailed cookbook of rules and regulations.

What has evolved is a “rules-based regulatory system,” says Vartanian. In such a system, he explains, “everyone becomes focused on formal rules and exclusions to them, instead of the big picture.”

Vartanian saw the seeds of this planted in early consumer financial protection laws such as the Truth in Lending Act, which has spawned offspring, amendments, and similar laws and regulations over the decades. Vartanian dealt with it from its earliest days, when for a time he was the OCC’s answer man on TIL. He was the lawyer who wrote top CEOs of even the largest banking companies on a variety of consumer protection violations, even ones as minute as what point-size typeface a required disclosure appeared in.

“Often I wondered if that was a good use of the agency’s time, as compared to trying to get folks to focus on the underlying issue which was financial literacy,” says Vartanian.

But it was just the beginning, as Congress enacted more and more legislation of growing specificity over the next decades, often in response to a crisis, leaving less discretion to regulators on how to implement new banking laws and enforce compliance requirements.

“Today we have a system where the usual solution is to write more words,” Vartanian explains. “I don’t blame the regulators for this. It reflects the natural evolution in how Congress writes statutes now.”

This did more than increase the depth and breadth of banking rules; it changed the nature of financial regulation. In place of a goal-oriented give-and-take examination approach, exams became more a matter of completing regulatory punch lists. It “turned regulation and examination into a cat-and-mouse game,” says Vartanian, “rather than a constructive effort by both bank and regulator to create a safe and sound bank”.

In spite of and perhaps in part because of all this additional regulation over the years, he adds, “the government did not see the last crisis coming,” not in a way that got any traction.

The U.S. doesn’t have a monopoly on crisis era troubles. But Vartanian thinks the U.S. system could once again benefit from a bit of the flavor that Paul Homan espoused at the OCC and was emblematic of bank regulation in the U.K. in the eighties. After a speech he gave in England, Vartanian chatted with a senior British bank regulator about the differences between the two countries’ regulatory approaches.

The British regulator explained that instead of reams of regulations to rail off some type of behavior as is the case in the U.S., he said, in England “we just call the banker in for a gentlemanly chat about what the right thing to do would be. Rules have too many loopholes.”

By contrast, says Vartanian, in the U.S. “it tends to turn into an ‘us against the regulators’ scenario, a much more adversarial approach.” Seen in this light, the massive Dodd-Frank Act proved a culmination of a trend that had been building for years. More than any new financial law before, Dodd-Frank represented a massive increase in regulatory oversight and costs, costs that Vartanian says weren’t evaluated at all before passage, nor since.

Indeed, besides applying a cost-benefit test to proposed legislation and implementing rules, he favors making a “keep or trim” review of financial services laws at least by their fifth anniversaries.

Can change come? And how much?

Dodd-Frank created much of the current regulatory layout, from the significance of passing the $10 billion-assets mark to the controversial Volcker Rule to the Consumer Financial Protection Bureau.

How much of this state of affairs can be rolled back, with so much of it virtually institutionalized?

Vartanian says there are many layers to the challenge now to determine regulatory equilibrium. Even beginning with the premise that major Dodd-Frank reform was promised by the incoming Administration, just what form and timing that will take is yet to be determined, Vartanian suggests.

Vartanian characterizes the changes likely to be seen as beginning with a “recalibration.” Some entities created by Dodd-Frank, such as CFPB and FSOC, the Financial Stability Oversight Council, will be reevaluated, he predicts. Some of the least necessary and most burdensome rules will be reexamined, and potentially trimmed.

“Beyond that, people have a lot of wish lists,” says Vartanian.

One concept that has gained backers on Capitol Hill is the idea that capital can be used to buy a bank’s way out of regulatory hell. That is, by maintaining very high levels of capital, a bank would be able to obtain exceptions from certain aspects of law and regulation. This is a central idea in House Financial Services Committee Chairman Jeb Hensarling’s “Financial CHOICE Act.”

Vartanian isn’t sure this entirely gets at what the banking system needs right now. He offers several reasons for this.

He cautions that issues shouldn’t be evaluated simply from the perspective of capital. For example, he doesn’t see the past crisis as necessarily having been caused by a shortage of capital. “It wasn’t always a lack of capital we had,” says Vartanian. “It was a fundamental lack of confidence in the quality of assets which lead to a liquidity crisis.”

Fundamentally, says Vartanian, pushing institutions towards very high levels of capital would perhaps buy stability and a smaller regulatory burden, but at a price for the country. “At some point, the need to hold large amounts of capital will impact the ability to actually attract it, because returns will decrease.,” he explains. “Regulation is a difficult job because it is all about finding the right balance between safety and soundness and the market, and that can be a constantly shifting formulation”.

Finally, “as you move toward the direction of taking risk out of the banking business,” says Vartanian, “you are moving along a spectrum that means there’s less money to be earned. While the privilege of federal deposit insurance which creates public trust must be accompanied by strong regulation,” he points out, “the need for profitability can’t be ignored.”

“There won’t be a vibrant national economy without a vibrant banking system and a vibrant housing finance system,” says Vartanian. In many ways, he says, “People need to move past the last crisis and focus on balancing the health of the business in a smartly regulated environment that can recognize the factors that may lead to the next one.”

Thus, Vartanian suggests, reform engineered through capital levels may be part of the answer, but it won’t be a complete fix.

“It’s kind of like that old joke about looking for your keys where the lamp post is, because it’s easier to see there,” says Vartanian.

The markets continue to favor financial stocks in the wake of the elections. And that has spurred talk of a renewed interest in bank M&A. The industry has been on the cusp of this for some time. The potential for higher rates and a friendlier regulatory atmosphere heighten the expectations.

“Buyers will see a brighter future for banks in a Trump Administration,” says Vartanian. “The distance between sellers’ and buyers’ price expectations will become smaller.”

The profitability outlook for banks has been impacted since Dodd-Frank implementation began, by what Vartanian portrays as a “Dodd-Frank tax” on banks. The “rate” of taxation increases with the size of the bank, ranging over seven separate “tax brackets” ranging from assets of $1 billion to over $700 billion, as Vartanian sees it.

Just how much the “tax” will be cut won’t be seen for some time. But the more optimistic buyers and sellers become, the sooner renewed deal levels will return.