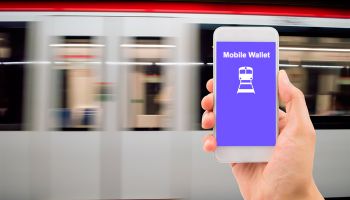 They may have a ticket to ride, but how they pay for it is still frequently cash. A new study from ACI Wordwide suggests transportation providers must make the switch worth passengers' effort to change.

Cash is still the most popular payment method preferred by customers who use mass transit, according to a survey by ACI Worldwide.

The survey provides insights into how and why advanced forms of payment—particularly branded apps on smartphones, digital wallets, or self-service kiosks—may come to be more accepted. New payment formats may also reduce related costs to transit providers, and improve the payment experience for customers.

ACI Worldwide’s research also sheds light on the broader payments environment and the importance and potential of providing quick, seamless, and value-added options that customers would willingly embrace.

The survey report notes that transit agencies may spend twice as much to deal with all the requirements of handling cash. Potentially avoiding such expenses, the report noted, could encourage those agencies to adopt and promote less expensive payments methods.

The survey encompassed 2,006 riders from the nine largest metropolitan transportation systems in the U.S. The three most preferred payment methods are cash (51%), credit/debit card (31%), and mobile app (12%).

“The findings of the survey show that while there is a high demand for alternate payment types, cash is still the most prevalent method of payment for mass transit riders, and is currently viewed as the most secure method of payment,” says the report.

Michael Grillo, director and marketing line leader at ACI Worldwide, acknowledges that security is a major factor in customers’ preference for cash. However, he also points to other factors, behind the numbers, that may also play a role.

“It probably has to do with the fact that some cities, some transit agencies, may take a little bit longer to get the infrastructure up to speed to enable some of the newer technology than it has for others,” Grillo says in an interview with Banking Exchange. “People have just been used to paying one way. It’s kind of a force of habit.”

The question, he says, is: “How do you get people to see mobile payment as a potentially good option that they can feel secure about?”

Things grow complicated, though, when looked at more closely. Riders in New York, for example, use credit/debit cards the most (50%), but are the least interested in paying by mobile app (7%), compared to other cities.

The willingness of transit authorities to install the needed infrastructure that would make noncash payment methods work also plays a role in adoption and willingness.

“It is a lot of work. It takes a lot of time. It has a lot of cost. Many of the transit agencies are taking phased approaches,” says Grillo. For example, in some cities, on commuter rail and ferry systems, the conductors—who traditionally might sell tickets for cash—are also equipped with scanners that can read codes on customer tickets or even their smartphones.

Matter of trust for riders

As for the issue of security, Grillo does not see that as an absolute barrier.

“People are always going to have a little apprehension and anxiety when they are signing up for a new service. That comes with the territory,” Grillo says. “However, most payment systems today come with tokenization services which keep the card data out of the clear, and/or fraud detection and prevention capabilities. It falls on all of us in the payments industry to help try to articulate the benefits and the protections.”

However, 90% said that if their payment data was compromised by data breach or fraud, they would likely revert to using cash.

Making it worth passengers’ trouble

Which leads to another key area with which transit agencies—as well as merchants of any type—might accustom riders to alternative payment methods.

“It comes down to that seamless, secure customer experience,” says Grillo. In addition, he says, passengers need to see some value added to make it attractive to give up their current habits.

Grillo says that could mean allowing customers to load up their transit account on a mobile phone, rather than forcing them to wait in line to put cash in a kiosk. It could mean combining the various other transit-related apps already in use that provide information about train schedules, parking situations at stations, handicap accessibility, even real-time locations of transit vehicles—with the ability to top off a weekly or monthly account, all at a single place.

Once enough data is collected on customers, both individually and collectively, offering various loyalty awards might work.

“It comes back to the use cases that are always thrown around, Starbucks and Uber,” he says. “Once people realize they can top up their account on their mobile phone, it’s that seamless experience that a lot of people are looking for.”

The survey concludes with this observation and a number of recommendations, which arguably could apply to payments environments in general: “Instead of simply accepting cash for transit, the plethora of payment options today allows mass transit authorities to potentially reduce operational costs and increase customer satisfaction levels, with the right payments strategy.”