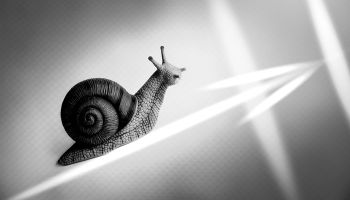 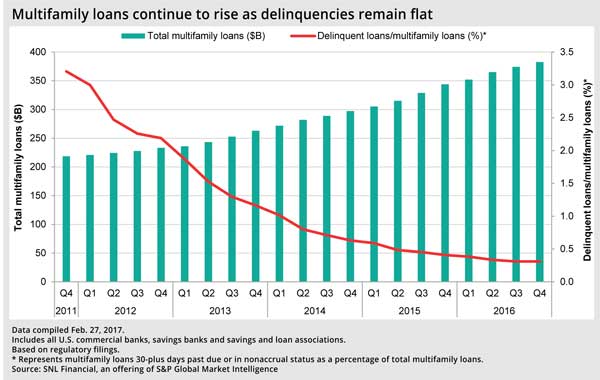 According to the Federal Reserve's January 2017 Senior Loan Officer Opinion Survey, a "modest net fraction" of banks reported both weaker demand for multifamily loans in the fourth quarter and an expectation that multifamily loan quality would deteriorate somewhat over 2017.

Despite the growth, JPMorgan's CFO, Marianne Lake, said during the company's Jan. 13 fourth-quarter earnings call, that JPMorgan has already pulled back from certain markets like Dallas and Houston because the company saw them becoming "soft" before the decline in energy prices. Lake also remarked that even though the company is "still very active" in places like Seattle, Denver, Washington, D.C., and San Francisco, it is "keeping an eye" on the expected increase in multifamily supply in that market. 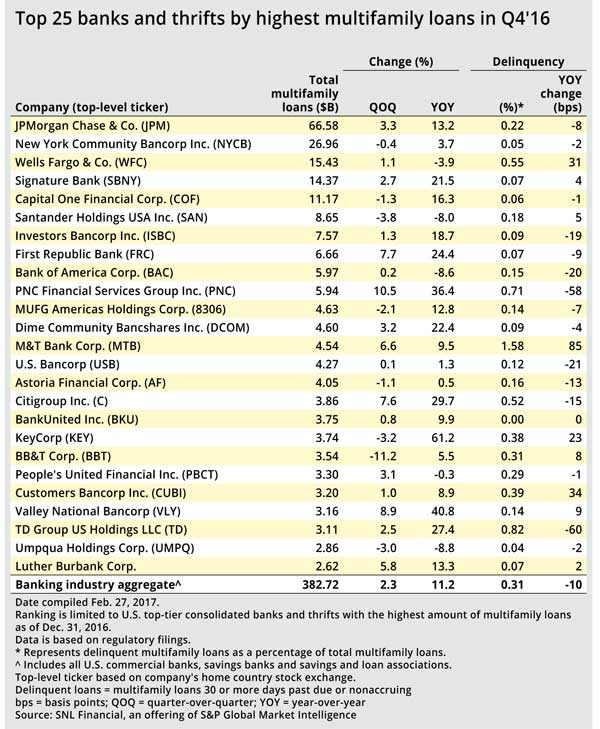 During the company's Jan. 25 fourth-quarter earnings call, CFO Thomas Cangemi said, "We're very cognizant of the focus in respect to the white papers that are out there and the various emphasis on CRE concentration. But we're in the 800s and we've been [at] higher levels. We obviously talked about potentially bringing in some Tier 1 capital, which will bring that number down and we'll manage through it."

Cangemi continued, "As far as the company's focus, we're not going to change our business model. We have a very strong asset quality with no credit losses and we apply capital to the risk profile. Again, when you do that exercise you realize that a rent-regulated building in the city of New York has very low risk compared to other assets classes in other parts of the United States."

This article originally appeared on S&P Global Market Intelligence’s website under the title, "Multifamily loans continue to grow, but at a slower pace in Q4"