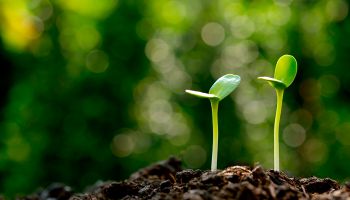 What will sprout from OCC's fintech charter move?

The release March 15 of draft chartering manual language for the much-debated concept of national bank charter applications from fintech firms contained no surprises. Nor was the initial reaction surprising either.

The Comptroller’s Office published a draft section for its licensing manual, “Evaluating Charter Applications From Financial Technology Companies.” The OCC also released a summary of the 100+ comments it received on the publication of its concept paper late last year.

Last week Comptroller of the Currency Thomas Curry had told an audience at the LendIt USA conference that the draft was coming but he did not hint that it would be published so soon. The straightforward draft and the accompanying summary of comments both detail OCC’s view that it has the ability to grant such special purpose national bank charters. The language echoes remarks Curry made at the conference.

The Conference of State Bank Supervisors, the state regulators’ national organization, issued a statement reacting negatively to the OCC publication.

“Today’s announcement by the OCC sets a dangerous precedent,” said John Ryan, president and CEO of CSBS. “The OCC has acted beyond the legal limits of its authority, bypassed and ignored bipartisan objections from Congress, and created new risks to consumers and taxpayers. The new OCC charter preempts existing state consumer protections without a comparable mechanism to replace them. It also exposes taxpayers to the risk of inevitable fintech failures. This is a dangerous combination.”

Ryan added that “CSBS is exploring all options. We urge Congress to continue to weigh in on this important issue.”

During a panel discussion at LendIt USA, a former state regulator predicted that the fintech charter issue would wind up in a years-long trip through the courts. [Read “Is fintech charter courageous or outrageous?”]

Besides challenging the legal standing of a fintech charter, Ryan stated that the “OCC charter is a solution in search of a problem.” He cited the state regulatory system’s system of supervising non-depository companies engaged in money-related businesses.

In its draft, OCC gave three reasons for offering the option of a national charter. They were: a framework of safety and soundness standards and supervision for qualifying companies; the option for fintech firms of offering banking products and services under federal law—the same choice open to traditional banks; and the resulting effect of making the financial system stronger by promoting growth, modernization, and competition.

The OCC draft also stated: “OCC’s supervision of fintech companies will deepen the expertise the OCC already has acquired in emerging technologies for banking services.” The agency stated that this would provide a better window on potential risks posed.

Much of the language in the draft section reflects statements made by OCC officials through the course of white papers, hearings, and other forums since the agency began to openly explore the issue of financial innovation. This began last year with publication of the OCC’s innovation white paper, Supporting Responsible Innovation in the Federal Banking System: An OCC Perspective.

The agency spells out that only bank-permissible activities, or those subject to its ruling that they are appropriate and bank permissible, would be allowed for fintechs obtaining charters. In addition, it stated, “OCC will not approve proposals that would result in an inappropriate commingling of banking and commerce.”

In addition, language reflecting OCC’s desire that fintechs obtaining charters do something to enhance financial inclusion was included in the draft. While this section does not appear in the main chartering manual, it is broadly comparable with that document’s section on Community Reinvestment Act responsibilities.