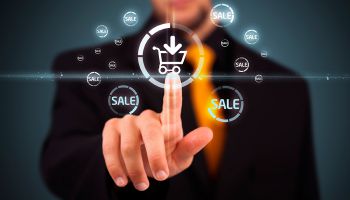 Avoka’s Don Bergal provides three tips on improving digital sales in the wake of research demonstrating how far behind many banks remain.

A recent study of the world’s biggest banks finds that, despite professed intentions to beef up their digital sales, most fall short of capitalizing on this opportunity.

In particular, many banks are missing the boat on providing online and mobile business banking services as well as wealth management, areas of potentially large revenue returns. Also, the omnichannel experience of most of these banks are lacking, resulting in high abandonment rates.

Avoka, an Australian company that consults on customer-centric experiences, sampled the online and mobile offerings of the 32 biggest banks in North America, Europe, and Australia in its 2017 State Of Digital Sales In Banking report.

One of the main results, across the board: Even though most banks had effective digital marketing processes, “the digital sales experience fell flat,” according to the report.

Often, digital sales remain a “someday” matter. Comparing the latest results to those of a similar study the company conducted last year, Avoka found that the share of products that can be applied for using digital channels grew slightly— from 20% to 28%.

Concludes the report: “Our research shows that most banks are failing to capitalize on the digital sales opportunity with a lack of online and mobile account opening options.”

“Our survey is empirical,” says Don Bergal, chief marketing officer for Avoka, in an interview with Banking Exchange. “We didn’t ask the bank ‘Are you doing it?’ or ʻIs it important to you?’ We had a researcher go to each bank’s website and attempt to apply for every product that was visible on a desktop and on a mobile phone. The researcher would record the results along the way, with a number of key milestones that we look for.”

So, Bergal continues, “it’s literally a snapshot of what does exist to the public today. It doesn’t count best intentions. It only counts results.”

In assessing an individual bank’s digital sales readiness, the study places them in a matrix based on availability and ease of use. Of the 11 unnamed North American banks studied, three were deemed fully ready for digital sales; four were less ready but exhibited some ease of use; and four were placed in the lowest-ranking quadrant, characterized by reliance on analog channels like branches and call centers for new customer acquisition. Results for the European and Australian banks were generally similar.

Bergal observes that banks now are competing with fintech companies that operate with a much more agile strategy than what traditional banks have embraced.

“Banks are being forced to compete with a completely different animal. Frankly, many are not that good at it,” he says.

On the bright side, he notes, some banks have made significant progress in providing personal banking products through the mobile channel. Twenty-four percent of North American banks’ accounts and loans can be opened via a mobile device, versus 18% last year, for example.

“It shows that they are improving both in the breadth of their offerings as well as the quality, at least in some of the products. They are getting the message. It’s just hard,” he says.

Why is this hard? Bergal believes that these banks are stuck in an old, rigid, and siloed model of product development and presentment. Their norm can require years to produce movement, he explains, and that’s not good enough now.

“You have to do it very quickly. You have to observe if there are problems in the offering or things you have to adjust. None of that agility is native to banks,” he says. A typical timeline now is more likely three months to conceive, develop, and launch a new product, and then a month to adjust it to fix issues or adapt to a changing market.

Big can succeed, but big can impede

Extrapolating somewhat from Avoka’s study, Bergal observes that the biggest banks probably lead the industry in adapting to the new digital sales environment. Part of that involves them having the most corporate resources to address the issue, he says.

Yet a wealth of resources can also have a hindering effect.

“Having more horsepower to throw at it is to some degree a good thing, but in the software world, agility is not measured by how many thousands of bodies you can throw at the problem,” Bergal says. “[If] you put too many people on it, you lose your agility—and your ability to deliver.”

Race has begun and bets are down

Much is on the line now, particularly in missing key business opportunities, according to the study:

“Bankers generally know that they want to digitize the small business onboarding process. Their customers are demanding it. They know it’s profitable,” Bergal says. “But they are just really slow and cumbersome when it comes to putting those products out on the market.”

• Wealth management—North American banks not only showed the lowest progress compared with Europe and Australia, they had exactly zero improvement—staying at 7% year to year.

“Since wealth products are important for high-value customers, and there is increased digital competition from nonbank wealth management options, beefing up the availability of wealth account openings would seem to be a priority,” the report observes.

• Omnichannel advanced features—Similarly, the 2017 results for North American banks remained unchanged year to year, staying at 20%. The test specifically looked for the ability to save a partially completed form, through a “save-and-resume” feature.

“2017 results show that not much has changed for omnichannel account opening over the prior year,” the report says.

3 steps to take toward improvement

• First—time’s a wasting: “There is some data where there are some big banks that really are picking up steam. If you intend to compete with them effectively you are going to have to increase your momentum as well.”

• Second—but the race has a long way to run: “There is a big opportunity here … There still is a big, gaping hole in wealth management and business banking. If you put some effort into it you could be a leader there and capture new market share and the profitability that goes with it.”

• Third—wishy washy digital won’t cut it: “It’s just not enough to put a product out there, have some nominal capability to apply from a desktop PC and say ʻWe’re done.’…Just having a lot of products that are somewhat digitally enabled isn’t good enough if your user experience is poor.”