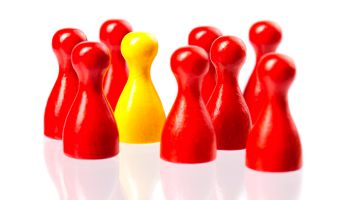 With the failure of Seaway Bank and Trust Co., Chicago has one less African-American-owned financial institution, and on a national scale, the number of banks and thrifts with that designation has fallen to 23.

Since the financial crisis, community banks have struggled to find their footing. Monica Thomas, vice-president of Illinois-Service Federal Savings and Loan Association said minority designated institutions face the same challenges as any community bank, but on a heightened scale. Since peaking in 2008, the number of minority-owned financial institutions has fallen from 215 to 157 as of Dec. 31, 2016. That number is down from 162 minority designated institutions that reported assets on June 30, 2016.

Illinois-Service Federal, which was founded in 1934, is one of Chicago's two remaining African-American owned banks, along with Urban Partnership Bank. Like Seaway, it has traditionally been a strong provider of residential and small-business loans. Thomas said African-American institutions often serve highly populated metropolitan and urban areas, which she said have been hit the hardest by unemployment and dwindling property values since the financial crisis. After the crisis, Illinois-Service Federal was in need of recapitalization and underwent a voluntary supervisory conversion in April 2016 when the company was acquired by Groupe Nduom, a family business group of Ghanaian and American origin.

To be considered a minority-depository institution, 51% or more of a company's voting stock must be owned by minorities, or the board of directors must be minority, primarily with the community that it serves. Thomas said 90% of Illinois-Service Federal's employees live in the same communities as their customers, allowing them to offer more compassionate services to clients than other banks might be able to offer. 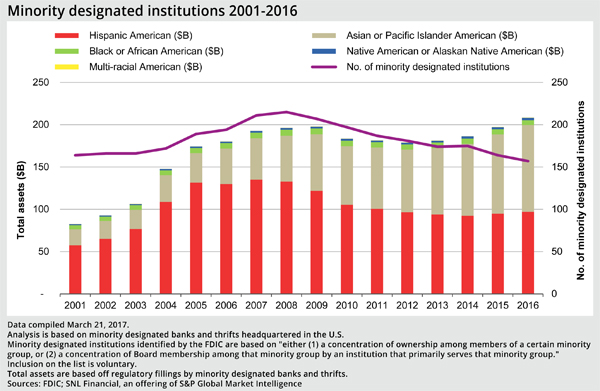 "We know the hurdles, and we understand the landscape of economic activity," Thomas said. "… The customer doesn't have to come in and wonder if we are going to understand what it means when their credit score has been impacted negatively, or what we can do to help them improve to get them ready for credit access."

Thomas said Illinois-Service Federal shared many of the same customers as Seaway. Since Seaway's failure, she said her company has witnessed an uptick in interest from customers who are mission-driven and community focused. 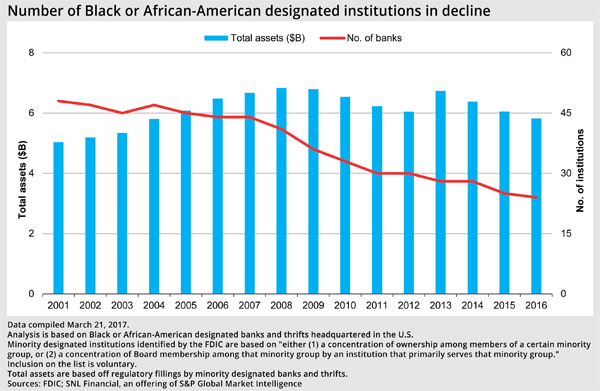 The fall of Seaway

Seaway, founded in 1965, was once the largest African-American owned bank in the Midwest, but struggled with foreclosure losses following the recession.

When Seaway failed in January, the FDIC was appointed receiver, with Dallas-based, Indian-American-owned State Bank of Texas assuming all of Seaway's deposits and purchasing $309.0 million of the bank's assets.

State Bank then agreed to sell $240 million of Seaway deposits and nine branches to Durham, N.C.-based Self-Help Federal Credit Union. State Bank will retain the former Seaway branch in Chicago's O'Hare Airport, along with Seaway's $200 million loan portfolio. The deal is expected to close May 1, 2017.

State Bank of Texas President Sushil Patel said though the company was prepared to take on the "operational challenges of several branches in another city," it was contacted by Self-Help during the bidding process, and found that they were a better fit for the Chicago community.

"Our expertise has been traditionally in real estate lending, and even more focused than that on hospitality lending," Patel said. "We have developed an expertise in turning around failed banks, and we were well on our way to do that."

But he added State Bank would not have been in the position to begin lending immediately, which wouldn't have been beneficial for the Chicago community.

"Everybody gets to do what they're best at doing," Patel said. "Self-Help is an expert in community banking, SBT is an expert in turning around a troubled loan portfolio, and the community itself needs lending. It needs someone that wants to have a permanent presence there, and that's what it's getting." 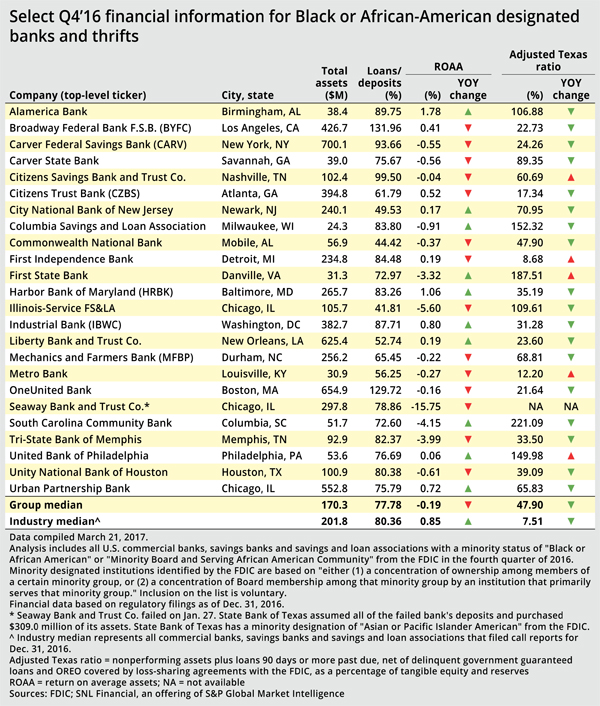 Picking up the pieces

"Seaway has a 65-year legacy in the South Side and West Side of Chicago," Bass said. "It's our goal to carry on that legacy in a responsible manner."

Bass said the reception in the Chicago community has been warm, and that he has held several meetings with community leaders to explain Self-Help's mission.

"To support the operation, we're going to have to commit some capital of our own until we can get some loans on the books," Bass added. "But we get to look at the market fresh, and we feel good that we'll be able to add some substance as far as mortgage is concerned, and eventually commercial loans."