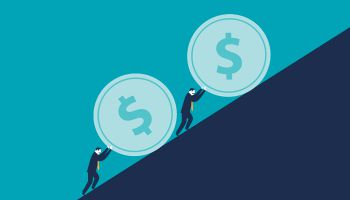 Banks must start planning now, before passage, to be sure they can best take advantage of tax-law changes pending in Congress.

The pressure to complete tax reform is immense, ongoing, and far-reaching. There is bipartisan consensus that the U.S. corporate tax system is not competitive, as currently structured. And while its precise form, rates, and provisions may still be undetermined, enough is known that banking executives should absolutely begin readying their institutions for a likelihood of enactment of tax reform.

A just-released high-level proposal from the Trump administration in many ways mirrors the long-standing House Republican Blueprint.

First, both plans agree that corporate tax rates should be lower, with the Trump administration proposing 15% and the House suggesting 20%.

Second, both the Blueprint and the Trump plan call for making the U.S. more competitive by joining other leading nations in the adoption of a territorial tax system.

Both also call for broadening the tax base, to simplify the existing rules—and potentially pay for a significant portion of the effect of the tax rate cuts.

While the road to tax reform is going to be difficult, the fact that the House and the administration voice relative agreement on these and other key features bolsters the likelihood that tax reform will become a reality.

For banking, it’s time for evaluation and response.

What reform means for banking

Some of the likely changes to come are relatively straightforward; others lean toward the arcane. But no matter the level of complexity, banking strategists need to monitor developments; model how this may impact their organizations; and begin strategically planning their responses.

• Lower tax rates: Overall, tax reform and its lower corporate tax rates are generally a critical benefit for most of the banking industry.

Of course, individual facts and circumstances will have an impact. These include the ways in which various provisions of the new tax code evolve and, in particular, which base-broadening measures affect any given bank’s uniquely configured tax posture today and moving forward. But overall, for an industry that today trends toward a relatively higher effective tax rate, a lower base rate should be a net positive.

DTAs are balance sheet items typically representing items like book deductions that have not yet been taken for tax purposes. When tax rates are reduced, the value of these tax assets declines. As a result, when lower rates are enacted, banks may take a hit on these balance sheet items, which could also reduce their available capital.

Most banks hold a few categories of DTAs on their books and therefore will feel at least a little pain on this front. Others may suffer significantly more. Among those, especially, are banks that experienced significant losses during the downturn and that, as a result, are holding significant amounts in loss carryforwards. (That is to the extent that those DTAs have not already been eliminated from their capital calculations.)

These latter banks will experience a relatively greater write-down to their capital as the new rates take effect.

Regardless of that impact, tax reform should be a net positive to banks’ capital over time, based upon the value of a lower ongoing corporate tax rate.

• Client impacts: In many instances, the impact of tax reform on banking is indirect, landing squarely on banking customers moreso than the banks themselves.

For example, alongside lower rates, tax reform also includes base broadening, or in other words, the loss of a range of existing write-offs and other exemptions.

Legislators are already looking at reducing or eliminating a wide range of tax credits in areas such as alternative energy, which some banks may invest in directly or may assist their clients who wish to invest in such transactions.

Meanwhile, because lower personal and even corporate tax rates reduce the benefit from many tax-free investment vehicles, this may lead to a trickle-down weakening of the tax-free municipal bond market. That would affect both trading and underwriting revenue. Commercial lending may also face downward pressure due to proposals that reduce the degree to which companies can deduct net interest expense.

On the flip side, various changes will likely stimulate certain other sectors of banking. For example, the same forces that discourage certain commercial borrowing will likely drive demand for commercial leasing.

• The “territorial” regime: Today, U.S. businesses—banking being no exception—are taxed in the U.S. on their global earnings. Economists favored by both the Trump administration and the House believe that such a system discourages investments in the U.S. and point out that America stands alone among developed nations in this treatment.

Consequently, the shift to a territorial system, where taxes are paid only in the jurisdiction where profit is earned, is a highly likely outcome within tax reform.

While this provision applies primarily to global banks, its impacts are significant, requiring considerable examination and planning.

Note this: Both the House and the administration are calling for a one-time tax on already existing overseas profits. But overall, the impact should prove a plus for the competitiveness of the U.S. banking industry.

• Border adjustability: The Blueprint offers language presenting an entirely new concept: the border adjustment tax (BAT). While no similar language appears in the administration’s proposal, and the administration has indicated it does not believe the BAT in its current form works, further discussions on this issue are likely. In any event, if enacted, any such legislation could have a directly positive or negative impact on any bank whose customers are active importers or exporters.

Monitoring developments in evolving tax rates and rules is a strong, action-oriented first step. But from there, banks should begin modeling, forecasting, and planning around how such changes could impact operations, capital requirements, and business lines. Only then will they be in an agile position to take whatever steps can and should be completed today as well as plan for their futures under tax reform.

With anticipated lower tax rates on the horizon, a handful of alternatives that may be available to create value should be fully vetted.

For example, banks should see what can be done to defer income until it can be recognized at a future, lower rate as well as accelerate deductions—realizing their value at today’s existing higher rate.

The same is true across the full range of business lines. The forward-moving process should become: identify the relevant issues; monitor their development; model their impact; then plan for the future.

The House proposal and the administration proposal are still subject to consideration and horse trading, but hesitation could translate into a lost competitive advantage. The precise form of many of the coming changes will depend on how key elements score in terms of adding or detracting to tax revenues. But the overriding point is that momentum is building and change is forthcoming.

This means that the time to begin forging a response is now. All new and existing initiatives should be examined in light of tax reform’s most likely and most significant (in terms of financial impact) provisions. Banks need to begin thinking not only about what steps they will take when specific legislation is enacted, but what steps they can and should be taking now to have a forward thrust and actionable insights.

Mark Kendall is a partner and Jack Burns is an executive director, both with Ernst & Young LLP. Both are with tax advisory practice in the Financial Services Office. The views expressed are those of the authors and do not necessarily represent the views of Ernst & Young LLP.