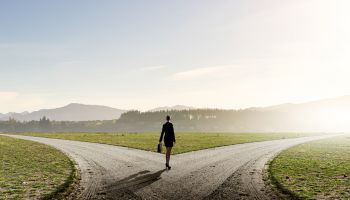 Veteran community banking analyst Jefferson Harralson has left his sell-side position to become the finance chief at United Community Banks Inc., an increasingly prominent Southeast lender that tripled its net income over the past five years.

Harralson had worked at Keefe Bruyette & Woods for 15 years, leading its small- and midsized-bank analyst team for part of that time, and most recently helping to guide the firm's overall industry coverage as its associate director of research.

In an interview, Harralson said he "was looking for a new challenge" and a United Community culture that fosters financial growth and steady momentum represented a particularly appealing opportunity. He had not necessarily planned to leave the sell side in favor of his first executive role within a bank, but "United is very unique within the industry," Harralson said. "It's a family culture, but it's a culture that wants to win."

Looking at United from both sides

Harralson had covered United Community while at KBW and said he had followed its growth for years. He said it is a model for other large community lenders that seek uninterrupted growth on their way to becoming regional banks. United Community swelled from about $6.8 billion in assets at the close of 2012 to more than $10 billion by the end of 2016. In that time, the Blairsville, Ga.-based company's net income grew roughly threefold, to more than $100 million last year. Its stock rose more than 200% in that period.

Lynn Harton, United Community's president and COO—and the man to whom Harralson will report—said in an interview that the bank's executive team has known the former analyst for years and has long admired both his financial acuity and his broad understanding of the industry.

Harton said the CFO's role at United Community is similar to that at other banks in that the executive is responsible for ensuring that financials are precise. But he said United Community also puts special emphasis on the finance chief helping to ensure that the bank's leadership team and talent understand the sector and the business lines they are trying to steadily grow.

Harton said Harralson, having analyzed banks for years, "brings an understanding of the industry and perspectives on the strategies of other banks—what worked, what didn't."

Harralson succeeds Rex Schuette, who has served as CFO for the past 16 years. Schuette plans to retire following a transition period that could last "a good portion" of this year, said Jimmy Tallent, chairman and CEO of United Community.

Tallent said United Community envisions capitalizing on the sound economic footing in its markets and strong level of optimism among its customers to continue driving organic growth. He said that, secondarily, the acquisitive bank also would continue to examine M&A opportunities in growth areas across a footprint that spans Georgia, South Carolina, North Carolina, and Tennessee.

"We want to continue to build on the momentum we have enjoyed," he said in an interview.

Tallent said several areas in its territory, from Greater Atlanta to coastal South Carolina, boast population growth and solid job markets. Business owners, he said, are "very bullish" about their own prospects this year, which bodes well for the bank. Optimistic owners often borrow to finance growth plans.

That noted, Tallent added that a portion of the optimism is fueled by expectations for corporate tax cuts and deregulation. Republican President Donald Trump has vowed to work with a GOP-controlled Congress to take big steps on both fronts, though significant legislative advances have yet to materialize.

"Everybody recognizes it's not going to happen overnight," Tallent said. But "they do expect progress," and if lawmakers are unable to muster notable headway as the year wears on, some of the confidence could fade.

Against that backdrop, Tallent said United Community continues to steadily engage in potential deal conversations. He said small community banks, which have made up the vast majority of sellers in the M&A arena over the last several years, continue to put themselves on the sale block. These lenders have struggled to compete with larger players and have been especially hard hit by the heavy regulation that has mounted since the financial crisis.

"It's still a really challenged environment" for small banks, Tallent said, adding that many of them are looking to partner with the likes of United Community because of its proven profitability, growth, stock performance, and experience sealing deals. The company closed one bank acquisition last year and two more the year before, picking up about $2 billion in assets along the way.

"We have a lot of incoming calls," Tallent said.