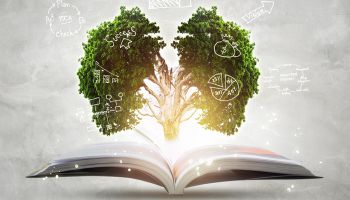 Chairman and CEO G. Robert Aston Jr. said a presence in North Carolina's metropolitan markets should easily allow the company to reach $10.5 billion in assets by year-end without completing another deal. He said it should be enough to comfortably cover the loss of debit card revenue and other regulatory changes.

"We have been looking at Raleigh for some time," Aston said. "Charlotte ended up being an added bonus. Our bank, much like Paragon, we really specialize in private banking and business banking. It was a natural fit for us, and gives us access to two very strong markets. Along with our presence in Richmond, it gives us really strong growth potential over the next decade." 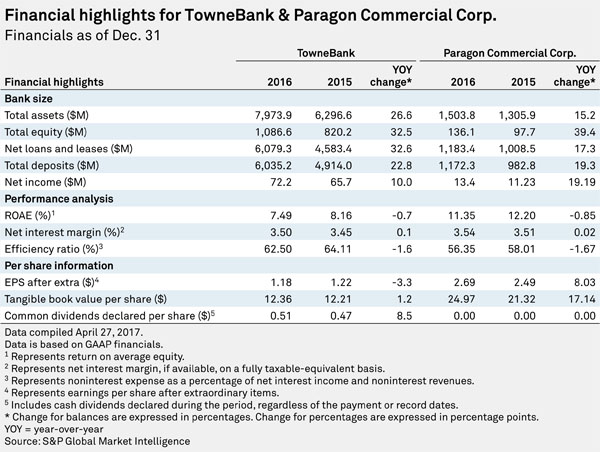 Paragon Commercial Corporation President and CEO Robert Hatley will join the combined company as TowneBank's North Carolina president and keep his titles for the Paragon unit. He said the challenges of being a small community bank led the company to seek merger opportunities, and he specifically pointed to the steep price of financial technology and an inability to provide large loans.

"We sell a lot of loan participations that we would prefer not to sell," he said. "Going forward, we can keep those. And frankly, we've actually had some deposit relationships that we've had to curb and pass on because we didn't want to have concentration issues with any one or two large depositors. … It's very painful for a banker to pass on deposits."

"While it used to be a $1.5 billion bank was considered certainly big enough, I'm not convinced it is anymore, particularly in a metropolitan market where you have to have the latest and greatest technology," Hatley added. "There's a lot of good opportunities to serve our clients, but they all come at a price."

He said the company had conversations with other banks, but that merging with TowneBank made sense because the banks' models are "very much identical."

"Raleigh and Charlotte are both dynamic markets with a lot of diversification," Hatley said. "North Carolina has just become a very attractive place to live and work, and I think it's finally beginning to show up on the radar screens of banks that want to expand their footprint. The best place to do it, frankly, is in the metropolitan markets of North Carolina."

"It's been a convergence of things. North Carolina has a lot of small banks that have allowed companies to create pretty sizable franchises," Aston said. "Conversely with us, we were growing our company organically. These opportunities in Richmond and Raleigh for us were really about future potential in new markets."

The all-stock is deal is valued at $59.25 per share, or $323.7 million in the aggregate, based on TowneBank's closing price April 26. Aston said the pricing will be 1% dilutive to book value, a "nominal" amount that it can earn back in less than two years. It is expected to be immediately accretive beginning in 2018.

"The pricing needed to be at a level that was appropriate to reward the Paragon shareholders, but at the same time not so high that it turns around and hurts the Towne side, because that's the stock they'll end up with at the end of the day," he said. 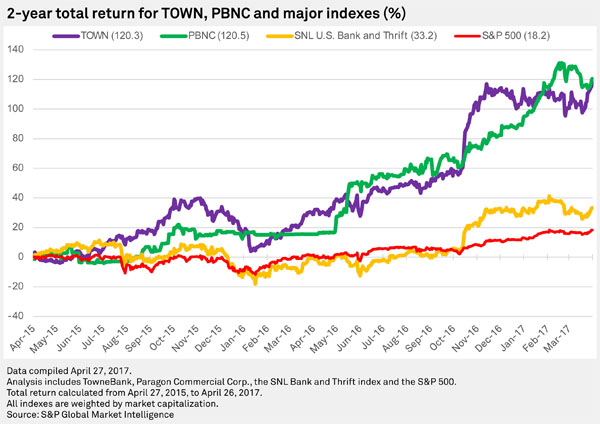