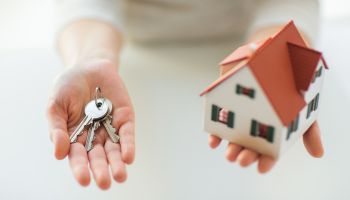 Since the financial crisis the role of the two major secondary mortgage market government-sponsored enterprises has been debated. Recently in a report Richard Bove of Rafferty Capital Markets analyzed the Trump Administration’s budget for clues to the future in this area.

There is a lengthy discussion of Fannie Mae and Freddie Mac in the Obama budget proposal. Two sentences on page 314 indicate the Obama goals for these entities.

The first states: ”To finish addressing the weaknesses exposed by the financial crisis, the housing finance system must be reformed, and Fannie Mae and Freddie Mac should be wound down. “

These sentences are in concert with the 2010 White Paper in which the Obama Administration indicated a desire to get the United States out of the housing finance industry.

The Trump budget proposal states the following: The Administration has publicly expressed its desire to work with members of Congress to facilitate a more sustainable housing finance system. Any reform of the housing system likely will impact the cash flows attributable to the GSEs in the 2018 Budget projections in ways that cannot be estimated at this time.”

There is no indication in the Trump budget that there will be any move to “wind down” or “end” Fannie Mae and Freddie Mac. So what does this mean?

In my view the position that we have taken is the most likely outcome. First, there will not be any elimination of Fannie Mae. Second, the new Fannie Mae may pay off some of its obligations to its junior preferred shareholders but its common shareholders remain at risk.

What is the probable outcome? This is solely my view.

• First, it is likely that the trust portfolios held on the balance sheets of Fannie Mae and Freddie Mac will be taken away and put in to a liquidation trust.

• Second, the two companies are likely to be merged into a new entity that will only insure mortgage payments.

• Third, it is probable that this financial insurance company will pay the government a fee for a backstop guaranteeing the mortgages that the new entity insures.

• Fourth, the new entity will securitize packages of mortgage loans for sale in the private markets. The buyers of these packages will assume a first-loss position.

Clearly at this point no one knows what the outcome will be. However, it seems likely that a comprehensive housing finance reform package will be presented to Congress possibly by yearend.

What is very clear is that the outlook for this company has changed. It will be there to guarantee your great- grandson/daughter’s 30-year fixed-rate mortgage.