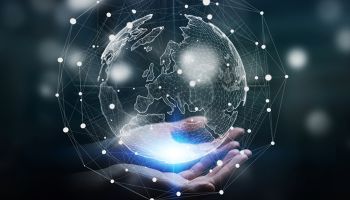 Do digital plays work the same way around the world?

A few months back we profiled the efforts of Canada’s Equitable Bank to launch its digital arm, EQ Bank. Dan Dickinson, vice-president and chief digital officer, told the story of the successful but nerve-wracking launch in “EQ Bank: Partnership, perseverance, and perspiration.” Recently Dickinson wrote in his LinkedIn blog about traveling to Europe to meet with other bankers. We thought readers would find this interesting.—Steve Cocheo, executive editor and digital content manager

A while back I visited a few countries in Europe along with my CEO and our Director of Corporate Development. It’s been a busy couple of months since then so I haven’t had a chance to write up my thoughts from the trip, but finally got around to writing them down. (Uh, my boss somehow found the time though.)

We met six very different companies in three days. We visited three countries—Britain, Sweden, and Germany—and met with six banks/neobanks. Some were brand new, some were still getting various regulatory approvals to launch, and one was among the biggest banks in Europe.

We wanted to know more about the challenges they face, both as startups and incumbents, the tech they’re using, the customer segments they’re after (and ignoring), and how their markets are changing.

Since we don’t compete with them in any of their home markets, we were able to have pretty open and honest conversations. Not surprising, really—those are three pretty friendly countries!

We also wanted to experience a city where cash is scarce, just to observe consumer behavior. We chose Stockholm for this; unfortunately this led to my boss dragging us to the ABBA museum.

We left feeling pretty good about our business model. Many of the banks we spoke with, especially the neobanks, had built a great day-to-day banking experience. Their objective was to grow the customer base and slowly grow deposits. Cool.

Then what? Then you either have to earn fee/interchange revenue, or you have to lend that money out to make a spread.

Trouble is, the former is tough in such a competitive environment, and few of them seemed able to do the latter—that is, to lend the deposits they’d taken in. We started EQ Bank as a way to take in new deposits, but already had an established lending business with decades of experience. Turns out we had the hard part done before we even started building EQ Bank.

We also feel pretty good about our tech approach. Given my new role looking after all of Equitable’s technology (not just the EQ Bank line of business) this was something I asked about a lot, considering we were talking to some very tech-literate new entrants and some well-established digital banks.

By the end of our trip I was pretty convinced our high-level approach is the right one:

2. Start building flexibility and extendibility in a mid-tier.

3. Own every inch of your user interface layer—is the right one.

Certainly we have more thinking to do for some of the buzzier technologies—distributed ledgers, cloud/core banking as a service, etc.—but we’re off to the right start.

Now: To immediately get to work tearing it apart and building it back up every so often.

[Side note: I really need to book a personal return visit to Stockholm. We were there less than 24 hours and saw very little other than our hotel and a boardroom, but the city seemed amazing. Except the ABBA museum.] 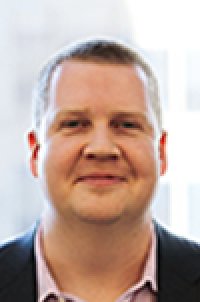 Dan Dickinson joined Canada’s Equitable as vice-president, Digital Banking in 2013. Prior to joining Equitable, he was Managing Director, Online & Mobile Banking at BMO Bank of Montreal. Throughout his 18 years of banking experience he has focused on the role of technology and self-service channels in serving the customer. Follow him on Twitter at @digitalbankguy