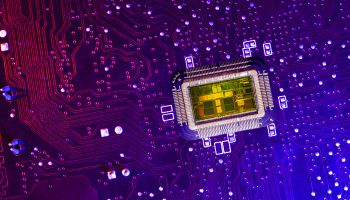 A key factor in getting optimal performance from core isn't even technological, experts said. Can you guess what it is?

As technology changes accelerate, banks increasingly must consider whether their core systems, which they may have had for decades and in which they have made considerable investments, can still serve their customers efficiently and economically.

Some perspective may come from hearing the views of representatives of three core system providers who recently advocated keeping the tried-and-true parts of their legacy systems, while positioning their organizations to be able to adopt and adapt new capabilities.

That said, they see considerable change ahead that will be needed to accommodate the new technological environment, including:

• Recognition of the imperative of providing real-time services, and, surprisingly, …

• Awareness of what functionalities banks already possess in their core systems that they may not know about.

Blended, not stirred or shaken

“Some banks in some countries have tried to replace systems completely,” said IBM’s An. However, he said, many customers, especially in North America, have taken a different tack.

“Where we’ve seen most success and more beneficial outcomes is when the clients are modernizing or renovating their platform, as opposed to trying to replace it,” An explained.

Legacy systems, he pointed out, are really adept at transaction processing, low latency, and very high throughput, as well as having all the regulatory processes embedded.

“There’s not a lot of benefit to complete replacement,” said An. “In fact, we’ve seen many more failures and massive money spent to replace, just to get the same thing back.”

Fiserv’s Macaluso similarly advocated what he called “a blended approach.”

“You have to respect about 30 or 40 years of competency and business logic that’s been developed [in legacy systems],” he said. “But you also want to keep your eye on the future.”

Switching out systems all at once presents banks with tremendous risks and wide room for error, he noted.

“Are we going to throw out everything we have and move to an entirely mobile platform? We may want to. In some cases we may need to. But it won’t happen overnight. It’s going to evolve,” Zengel said.

“The key to [the future of core processing] as an industry is standardization,” Macaluso said. “We’ve all evolved open platforms, whether we really wanted to do that, over time. We’re there now. What we need to do, if we’re really going to take advantage of it, is create a standard for this.”

Said Zengel, “As you do business with a fintech or third party, the key thing is communication between the core provider and the third party to ensure everybody is on the same page about getting the integration done.”

Both he and Macaluso pointed to the work of BIAN, or Banking Industry Architecture Network, a consortium of banks and technology providers that works to create best practices and architectures for banks.

“As we go to more real-time, whether it’s lending or payments, that means all of the anti-money laundering, fraud, all those things need to be real time as well,” said An. “You don’t have time to wait. That puts more pressure on having the right set of technologies and algorithms, and being able to detect things in real time.”

But Macaluso added that having real-time processing capabilities can be an as-yet untapped revenue source.

“The real opportunity for real time is on the loan side,” Macaluso continued. Currently, so-called alternative lenders can be contacted by small business owners, in the middle of the night if they so choose, to find, for example, somebody to lend them $100,000 for a new piece of equipment. With just a few clicks, the alternative lender can canvass a wide range of sources and potentially provide offers within hours, if not minutes.

“Real time is a requirement for that expectation,” Macaluso said. “It’s as much about the technology as it is about banks saying, ʻI’m not going to take a loan through a 20-day loan committee process’.”

[Read “Bank web lending can be faster and cheaper,” about a large community bank’s adoption of faster online lending using an outside firm’s software]

As technology progresses, banks eventually will have to decide whether to run and maintain their core processing systems on mainframes physically located in bank-owned buildings—“on-prem,” as the industry buzzword denotes—or migrate to cloud-based systems.

Macaluso makes this argument: “In the United States there’s still a good population of banks that want to run [core processing] on-prem. But what we’re seeing, particularly in Europe, is they don’t want to run it on-prem. They want to run it in the cloud.”

“The reality is, they want to take the heavy lifting and move it off site,” he explained, “because what they want to focus on are [customer] differentiators. That’s the opportunity.”

He said he sees the beginning of this kind of sentiment in the U.S., but not stated as clearly, and more often in terms of cost savings.

Instead, he said, “It’s really a mind-share issue. If you worry every day about running proof of deposit, calling in those ACH items, worrying about bad guys trying to break into your platforms, those kinds of things are taking away mind share that can allow you to be creative with what else you could do with technology.”

Jim Reuter, CEO, FirstBank of Colorado, and moderator of the panel, summarized this argument as follows: “What they’re saying is, ‘Let’s focus on customer experience, what differentiates us, and let someone else do the behind-the-scenes things’.”

Zengel painted a picture of why banks and core providers need to actively communicate and engage with each other often, as technology and solutions rapidly develop.

Often “why a bank changes a core provider is a lack of relationship,” he said. “Somewhere along the line it got broken. If you’ve been on a core platform for 20 years, system capabilities will increase. If you don’t stay up on those, if you don’t use them then you have all this stuff that you’re paying for go to waste.”

To many panel attendees’ amusement and knowing nods, Zengel added this: “Some of the most well-attended demos that we do is simply demonstrating the same products that customers are using. They forget that they have all this functionality.”