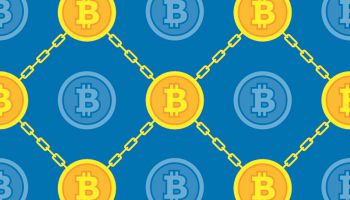 Involvement by the Securities and Exchange Commission in "initial coin offerings," or ICOs, was probably inevitable.

The Howey test lives on—now in a lesson in what not to do when it comes to token offerings.

Token offerings, also known as “initial token offerings,” “token launches,” “token sales,” “initial coin offerings,” or “ICOs,” represent a new capital-raising method being explored by many emerging companies; venture, hedge, and private equity funds; large and well-established corporations; and others hoping to raise significant amounts of money quickly and from a broad base of potential participants.

Token launches provide issuers with an alternative to more traditional forms of fundraising, such as obtaining venture capital investments, which often involve significant due diligence by investors and dilute founders’ equity and rights.

Critics of The Decentralized Autonomous Organization—more commonly referred to as The DAO and which used a Swiss foundation in connection with its ICO—have long held the view that, while The DAO was successful in raising a precedent-setting amount of capital from purchasers located across the globe, it likely ran afoul of myriad securities regulations and regimes around the world, including in the United States.

On July 26, the U.S. Securities and Exchange Commission spoke formally on the topic for the first time, disappointing some individuals and issuers that had hoped tokens might fall outside of the definition of “securities.”1

The SEC also issued an investor bulletin on initial coin offerings as part of its investor-education and investor protection mission.2

In SEC v. W.J. Howey Co.3, the United States Supreme Court articulated a facts-and-circumstances test for determining whether a particular instrument should be considered an “investment contract,” and, therefore, a “security” subject to the Securities Act.

That test has evolved over the years, but the core factors considered are: whether purchasers of the instrument contributed money or valuable goods or services4; whether purchasers were investing in a common enterprise and reasonably expected to earn profits through that enterprise5; and whether the expected profits are to be derived from the efforts of others.6

In applying the Howey test to determine whether tokens are “investment contracts,” the SEC did not declare that tokens are all necessarily securities. The agency did provide cautionary advice to market participants. It observed that:

This guidance was issued in the context of the SEC’s Report of Investigation regarding the 2016 initial token offering by The DAO.

The SEC determined that “The DAO, an unincorporated organization, was an issuer of securities, and information about The DAO was ‘crucial’ to the DAO Token holders’ investment decision . . . . The DAO was ‘responsible for the success or failure of the enterprise,’ and accordingly was the entity about which the investors needed information material to their investment decision.”

In addition, after having previously declined to approve proposed rule changes to facilitate the listing and trading of shares of the Winklevoss Bitcoin Trust7, the SEC followed the path of the U.S. Commodity Futures Trading Commission on July 24, 20178, and affirmed the SEC’s role in regulating platforms like those on which blockchain-based instruments are traded.

In its report, SEC noted that the platforms that traded The DAO’s tokens “provided users with an electronic system that matched orders from multiple parties to buy and sell DAO Tokens for execution based on non-discretionary methods.”

As such, these trading platforms appear to fall within the definition of a securities exchange. SEC’s position is that they should have registered as a national securities exchange pursuant to Sections 5 and 6 of the Exchange Act or operated pursuant to an appropriate exemption. (One such exemption is as an alternative trading system that complies with Regulation ATS. That regulation requires, among other things, registration as a broker-dealer and filing of a Form ATS with SEC to give notice of the alternative trading system’s operations.)

Limitations of The DAO guidance

Although the SEC’s guidance is important, its analysis is limited to The DAO’s token, which, for several reasons, serves as a near-perfect example of a token that should have been treated as a security based on the Howey test:

• Participants in The DAO’s token offering made a contribution of value to the project.

• They had a reasonable expectation of profits to be derived from the efforts of others.

• And they had limited management capability.

How ICOs should proceed in report’s wake

Until SEC has issued guidance on whether certain types of tokens, such as “app tokens,” will be considered securities, issuers whose offerings have a U.S. nexus should consider taking a conservative approach, issuing tokens as securities and complying with the securities laws by registering the offering or relying on a well-established exemption from Securities Act registration, such as Regulation D or Regulation S.

Issuers that propose to offer interests in tokens must also be mindful of the requirements of the Investment Company Act of 1940 (“1940 Act”), which requires “investment companies” to register with the SEC unless they qualify for one of several exclusions from the definition.

An issuer that is required to register as an investment company but fails to do so is subject to many potential penalties—including criminal sanctions.

Notably, SEC’s report did not address whether The DAO would be an investment company under the 1940 Act, leaving that analysis for another day and another issuer.

Even if an issuer can avoid having its tokens classified as securities for purposes of the Securities Act, it still must determine whether it falls within the definition of an investment company under the 1940 Act or within the scope of myriad other federal or state regulatory regimes, including those applicable to money transmitters and financial institutions.

The SEC’s next steps remain to be seen, as no enforcement action was sought with regard to The DAO. However, the level of coordination demonstrated by this cross-divisional effort, managed by the SEC’s Distributed Ledger Technology Working Group, signals that SEC is taking issues regarding token markets seriously.

We expect enforcement actions may follow if the SEC becomes aware of future token sales that violate U.S. securities laws.

Joshua Ashley Klayman is Of Counsel at Morrison & Foerster in the Financial Transactions Group and is a founding member and head of MoFo’s Blockchain + Smart Contracts Group. Klayman is a member of the firm-wide Women’s Strategy Committee, as well as Co-Chair of the NY Women’s Affinity Group. [email protected]