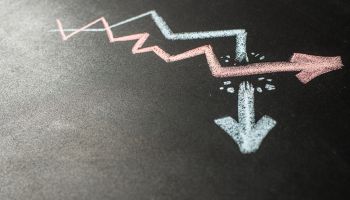 Today, it's all customer experience, all the time. Capital One Bank's Patrick Moore discusses how CFOs and other middle-market officers like leading edge technology from banks.

“Disruption” has become the norm for bankers, with new players and new ways of accomplishing things becoming everyday headlines. The thing of it is, bankers don’t have a monopoly on being disrupted.

But they can capitalize on their customers’ need to deal with disruption.

Disruption and the middle market

Capital One Bank surveyed over 300 senior executives from a cross-section of middle market companies and found that 15% had already faced disruption that had a “material impact” on their businesses. Another 73% expected to face it within three years—32% within the next year. The source of the disruption varied among respondents’ industries.

Often, the larger the company, the more likely the respondent saw opportunity. “They are more likely to have insulated themselves from the effects of a disruptive event and to be pursuing a disruptive strategy of their own that could lead to a competitive advantage,” the bank’s study notes.

The bank’s report calls those preparing for disruption “disruptors” and those who are unprepared or hardly prepared to be “delayers.”

Bank in your corner?

Capital One’s study asked respondents about their banking relationships in this context, that is, did they have a financial partner that could help in the case of disruption?

While 68% said yes, 32% said they did not. Financial institutions represented the leading choice for access to funding for most middle-market firms polled, but companies revealed a broad willingness to explore alternatives as well. The top five cited included private equity (41% of the sample would consider this); peer-to-peer lending (40%); asset-based lending (38%); asset securitization (36%); and venture capital (30%).

The study also asked companies about their potential use of disruptive financial technology to adapt to changing conditions in their fields. First, they were asked if they would consider new digital tools: 2% were extremely interested; 17% considerably interested; 42% moderately interested; and 35% slightly interested, with only 5% not interested at all. Typically, the “disruptors” among the sample were much more likely to adopt new tools, with 60% of them switching to new technology for bills, transfers, and accounting, for example.

Looking to the future, respondents ranked digital financial products by how much promise each had. The leading category was online and mobile payments (54%), followed by insurance (36%); investment management/advising (35%); alternative lending (21%); and infrastructure, such as blockchain and APIs (18%).

Looking at both the research and trends seen among customers, Capital One’s Patrick Moore, executive vice-president, treasury product management and innovation, says he sees a convergence of customer expectations in their business banking and consumer banking experiences.

“Much of the disruption has been in the consumer space in banking,” he acknowledges, but that is changing as business customers expect to handle corporate banking with as few clicks as it takes to transact personal banking online and on apps.

“That’s what they want when they walk into the office every day,” says Moore, who has spent his entire banking career of over 25 years in treasury management. While treasury services tend to be a “sticky” business for banks in terms of customer retention, Moore says customers are demanding services that are more efficient and more effective.

Speed and ease, indeed, will be how treasury management and business banking in general will ensure that this side of the bank remains “sticky,” according to Moore. The bank that brings customers a high level of experience will do well. Creating services that get tasks done with the least amount of clicks, he adds, “is a tough proposition to walk away from.”

Moore cites a couple of examples of new efforts unveiled by Capital One recently as illustrations of what will hold clients.

One is the ability to use a natural language search on the bank’s commercial banking mobile app. Moore likens this to being able to search the company’s bank records much as a Google search would progress. Being able to input “show me all payments received from ABC Company” is meaningful to CFOs, especially because the service works with mobile device speech-to-text utilities, as well.

Capital One developed this capability for its Intellix mobile service in cooperation with ClearGraph, a Silicon Valley startup. The service received a Celent Model Bank 2017 innovation award, and the bank was cited for its willingness to “build or buy” as tech challenges demanded. (ClearGraph was acquired by Tableau Software in early August.)

Another example involves the company onboarding process. Moore explains that this can run days, even weeks, at many banks, and it’s a pain point for many CFOs. He says Capital One has developed a process that shrinks that time to hours—at most a day, typically. The bank is building out the prototype at present.

Further down the road, technologies like the blockchain will have an impact as well. Capital One has a healthcare-oriented proof of concept in this area underway.

“Blockchain is something that has come to life,” says Moore.