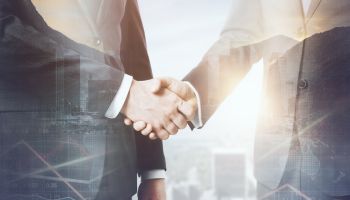 A run-up in bank stock prices this year has helped fuel additional deal activity, and more of the buyers are relying on their appreciated stock to close the deals.

Among bank deals this year, 67.6% have involved less than 25% cash, compared to 52.2% in 2016 and 37.5% in 2015. Investment bankers point to the run-up in bank stock prices as a catalyst for many of the larger deals that have closed this year. And with stock appreciation being the catalyst, more banks are increasingly using shares as currency rather than cash.

"When your cost of capital is priced off a share price at 2x tangible book or higher, it's hard for cash to compete with that," said Tom Michaud, CEO of Keefe Bruyette & Woods.

Bank stocks spiked following President Donald Trump's electoral victory. Over the last year, the SNL U.S. Bank and Thrift Index is up roughly 21%, compared to a gain of 13% in the S&P 500. The richer stock has been particularly of use for banks acting on larger deals. Among the five bank deals this year with a value of at least $1 billion, three buyers have used common stock to pay for 98% or more of the deal. For the other two deals, one used 78% common stock and the last was mostly cash at 22% common stock.

Relying on common stock can allow banks to retain a greater amount of equity after the deal closes.

"Given the all-stock nature of the deal, our strong capital levels carry through to the combined company, and we believe that we will be well positioned for further growth, whether organic or by acquisition, once the merger is completed and successfully integrated," said First Financial Bancorp. CFO John Gavigan about the bank's pending acquisition of MainSource Financial Group Inc., according to a transcript.

Flip side of transaction structure

However, investors appear more focused on the deal's price and the chances the deal will provide a boost to earnings. A week after the announcement of First Financial's deal, the company's stock was down more than 7%, compared to a 0.3% dip in the SNL U.S. Bank and Thrift index.

Costs for deals appear to be increasing, but bankers still expect a robust pace of bank M&A through year-end. And prices can be particularly high for deals that push banks over the $10 billion asset threshold that subjects lenders to a tougher, more expensive regulatory regime.

Therefore, if a bank can close a deal at a lower price with a greater portion of cash, it might be worthwhile—especially if the bank has a large amount of cash on-hand.

"It's just a function of currency. You will see some cash and some use of leverage in deals. There are some banks that are overcapitalized or have excess capital that feel they could use leverage in cash, but I think the preponderance is going to be in stock and that's because of the starting point on the currency of the acquirer," Michaud said.

Further, the ability to use high-priced stock in deals could be diminishing. Bank stocks have underperformed the broader market over the last month as the 10-year Treasury rate falls. And banks exposed to the recent hurricanes have seen particular weakness.