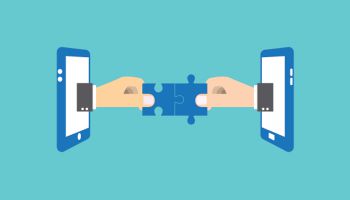 "I don't know what we will call them, but banks and fintechs will merge into one industry," says KBW's Cannon. "They won't be seen as two separate industries in the future."

A few years ago, Sanjay Sakhrani, managing director and consumer finance analyst at Keefe, Bruyette & Woods, walked into his boss’ office to propose a significant change in KBW’s coverage.

Sakhrani told Fred Cannon, executive vice-president, that he felt that the continuing evolution in financial services dictated some changes in the firm’s coverage universe. Sakhrani already covered Mastercard and Visa. He believed it was time to begin adding other tech-oriented companies that were entering financial services.

Fast-forward to the present and Cannon himself, in a mid-August report titled, Is America Running Out of Banks?, observed that the largest megabanks have been hitting federal deposit concentration limits, and that the drought of new banks would favor mid-sized banks, which would continue to acquire
small banks.

Then Cannon proposed a major change in outlook:

“We expect that bank M&A will shift over time to bank/fintech M&A with the largest banks looking to acquire successful fintech firms. This will be pushed by the limitations on bank acquisitions by the largest banks, and by the need of fintech firms to partner with banks to expand their operations. While regulators are looking at a new fintech bank charter, we expect that to be limited
in scope.”

We explored this further in an interview with Cannon. The following recap has been edited for length and clarity.

Banking Exchange: What started you thinking about a bank/fintech M&A trend?

I’ve been puzzled by the lack of new start-ups since the financial crisis. Most of the discussion around this has concerned regulatory constraints. But as I dug into this, I began to think that maybe the historical entrepreneurship in finance—traditionally folks starting new banks to get their economy going—has shifted from the banking sector to Silicon Valley.

At KBW, we haven’t viewed fintech in the way Uber has impacted the taxi business [disrupt and replace]. We view fintech more like a hardware industry—a utility. Fintech start-ups either create technology that’s eventually adopted by banks, or the companies sell to banks. We’re already seeing some of that.

In the wake of the financial crisis, a lot of capital—such as from private equity firms—that might have gone into new charters went into recapitalizing existing banks. Postcrisis, there certainly was a regulatory element, insofar as increased regulation and FDIC’s reluctance to insure new banks. But while people talk about that, I haven’t heard about people applying for charters and getting turned down by FDIC.

Something else at play here is that we are still in a banking world that is deposit rich and asset poor.

Mid-sized banks are looking for creative ways to build loan books. They already have an advantage in lending to small- and mid-sized companies and in doing commercial real estate loans. But they’re starting to see those sources of assets ebb. And they, too, will be looking toward asset generation from electronic delivery through fintech-type operations.

Not everyone agrees, but my view is that loan growth is more demand-driven than supply-driven. A lender decides on the credit quality they will accept. Demand is driven by economic issues. And the bank will lend to people who fit its bucket. The only real way to expand the pie from the supply side is to adjust your lending criteria.

Student lending is a good example. That business has good economies of scale, and smaller banks have not been involved. But I can see partnerships between SoFi and regional banks adding those types of loans to the banks’ loan mix. Fintech partnering reduces the need for economy of scale in most lending businesses, and over time, that should help small- and mid-sized banks to the extent they can create partnerships.

How much will be driven by acquisitions versus partnerships? I don’t know yet. But for small and mid-sized banks, I would guess it will be partnerships.

Most of fintech is funded by venture capital. The VCs will ultimately decide the exit strategy for fintech companies, rather than the entrepreneurs who may be in love with their technology. So I view the VCs as similar to the John Eggemeyers, Gerry Fords, and Patriot Capitals of the world [all longtime bank investors]. They have a certain return and time frame in mind. I think that’s dominant in fintech.

Three or four years ago, we saw IPOs for Lending Club, OnDeck, and others, and fintech was all the rage. Valuations went through the roof.

I used to say that a fintech is a financial company that wants a technology multiple. But some high-profile fintech names haven’t been able to retain those kinds of valuations in the marketplace. So partnerships or sales will be more in the minds of the entrepreneurs who started or funded fintech firms.

It’s hard to say for sure, but I think we will see an evolution. I don’t know what we will call them, but banks and fintechs will merge into one industry. They won’t be seen as two separate industries in
the future.

Banking Exchange: There is also the opposite trend—some of the fintechs, such as Varo, SoFi, and Square are seeking bank or industrial bank charters. Do you see that gaining momentum?

Let’s consider this from the viewpoint of the “man or woman on the street.” In spite of all the hype, we haven’t seen the fintech firms shake up the banking industry as much as they’ve shaken up the way that banks deliver their products.

Take SoFi. I don’t think we’ll see SoFi become the biggest bank in the country. I think it will continue to grow, but its growth will be absorbed into the banking system.

A year or so ago, my son-in-law was refinancing his student loans. Now, remember that part of the key to SoFi’s initial, extremely rapid growth was this: They cherry pick the government program borrowers. They will give strong borrowers a 4% loan to replace the government’s 7% all day long.

My son-in-law has a good credit score and a job, so he thought SoFi would be the place to refinance. But when he shopped around, he found SoFi’s rate wasn’t even competitive against Citizens Bank.

So one of things we have yet to see is fintech create pricing dynamics that banks are unwilling to compete with.

We haven’t seen the fintech industry price so that they grab all the market share. In other words, we haven’t seen an Amazon emerge.

Banking Exchange: Where do you classify a company like Amazon?

I don’t put Amazon in the fintech category. I view them as logistics. But that’s just me. There’s a big gray area out there. We have a hard time figuring out where providers who produce software,
do logistics, or sales like Amazon end, and where banking and financial technology begin.

Banking Exchange: Meanwhile, in the United Kingdom, dozens of new banks are somewhere in the start-up lanes—the “challenger banks,” as they are called. Why have things evolved so differently there?

Consider also that when the U.K. opened things up, all kinds of entrepreneurship came in with the challenger banks. Take Metro Bank. The force behind that is Vernon Hill, who was the successful entrepreneur starting banks in New Jersey. [Hill’s Commerce Bank was acquired and then became part of TD Bank in 2008.]

Banking Exchange: Where do these trends leave the traditional community bank?

At the end of the day, banking is about providing credit to qualified borrowers. I don’t think technology has yet supplanted the value of relationships in certain types of lending. In the area of commercial real estate lending, for example, market knowledge continues to be critical.

That says to me that there’s a role for a community bank whose people are trained in banking, who have deep roots in the community, and who can factor in that extra piece of information that doesn’t fall out of the numbers for making the lending decision.

At the same time, small community banks will have to become very savvy technologists. When I talk to bankers from small and mid-sized banks, certainly among the $1 billion-$2.5 billion size group, even guys my age recognize that they need to be, or acquire, some savvy technologists to continue to
be successful.

A key piece of it is understanding the evolving payment system, and protecting the bank’s part in it.

Another part is understanding the dynamics of lending today—how technology is transforming all the areas
of credit.

Remember, there are many small and mid-sized banks out there producing good returns on capital.