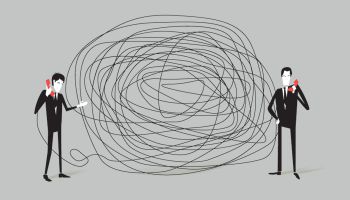 Has the intent of OCC's fintech charter proposal been misunderstood, or have opponents misrepresented it? Acting Comptroller Keith Noreika addressed criticisms of the proposal, which remains in draft, in a recent speech.

It’s a debate that pre-dates the founding of America, in some ways, and it keeps surfacing now and then: the danger of mixing banking and commerce. The latest cause for renewal of this argument is the proposal by the Comptroller’s Office to permit fintech companies to obtain special bank charters.

In a speech during Georgetown University’s Fintech Week, Acting Comptroller of the Currency Keith Noreika said that some have raised the notion that the OCC proposal is an attempt to breach the separation between banking and commerce.

He said that the concern “has been exaggerated with the intent of scuttling our idea.”

“Blown out of proportion”

“People who make this argument suggest that such mixing would result in destabilizing the market and increase consumer abuses,” said Noreika. “That idea has been blown out of proportion. I merely suggested that we should talk to any company interested in becoming a bank and that commercial companies should not be prohibited from applying—if they meet the criteria for doing so.”

Discussing a charter and applying for one are far from having one approved, the regulator added.

Noreika pointed out that a charter application must stand up on its own merits—financial, strategic, and operational.

He also pointed out that “there are already dozens of examples where commercial companies are allowed to own banks at the state and federal levels without such abuse or harm.”

Noreika said that national credit card banks, state merchant processing banks, and state-chartered industrial loan companies (an option selected recently by such companies as Square and SoFi, in Utah) can and are owned by commercial firms.

“The law allows commercial companies today to own these types of banks for good reason—they support legitimate business goals and deliver valued products and services to their customers,” Noreika said.

Federal law—specifically, the Bank Holding Company Act—defines what it means to be a bank, Noreika added.

“If the chartered bank does not meet that definition, its parent company would not become a bank holding company solely by virtue of owning the bank, and therefore, nonbank holding companies, commercial entities, or other banks could own such banks under the law,” he said. The entities would still be regulated, he noted.

Noreika said that fear should not prevent discussion of the issues. He also said that it is important that tech companies interested in banking understand clearly that obtaining a charter is no casual matter.

“We need to be certain that companies expressing interest in becoming a national bank fully understand just what it means to be a bank,” said Noreika. Some entrepreneurs will give an idea a couple of years to succeed.

“After that, if the product or service doesn’t go viral, no hard done…” said Noreika. “That’s fine for startup companies and healthy for the economy, but that doesn’t really work for banks.”

The Comptroller said a national charter is a special item and not to be granted to interests unwilling to meet high standards.