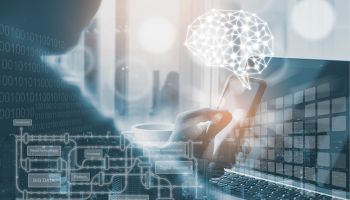 How does a community bank headquartered in Fargo, N.D., wind up partnering with a fintech startup out of Australia?

Tim Heilman, CIO at $1.2 billion-assets Choice Financial Group, says that he and Andy Taylor, founder and CEO of Douugh both know people in the fintech business. One of their common friends put the two companies together. It was a match made in cyberspace.

This week Douugh, an artificial intelligence-based mobile-first financial services app being launched in the U.S., and Choice Financial have announced a partnership. The bank holding company is making a strategic investment in Douugh, bringing the fintech's seed capital up to $2.5 million. In addition, Choice will become the bank behind the Douugh checking account and debit card. Taylor say Douugh will be made available nationwide, providing a very broad pool for Choice to draw deposits from.

The service, built around an app in development called “Sophie,” is intended to appeal to educated millennials with strong disposable income.

“We’re reaching out to people who have money but who are time poor,” says Taylor, who founded Australia’s P2P lending service SocietyOne. He says that Sophie will begin life as a chatbot, but he envisions the app to grow far beyond that stage of artificial intelligence. The target audience for Douugh is Americans 25-40, but Taylor says other demographic groups may also benefit from the app.

Taylor hopes that Douugh will do several things for its target population. First, it will help them make a more concerted effort to save, which is a difficulty for many Americans in all income ranges. He also hopes that Douugh will help people learn to manage their assets and their credit better. And Douugh is also intended to help time-starved customers to more quickly handle routine financial and payments tasks.

Sophie—the name was chosen because research demonstrated that it connoted both competence and a firm but friendly attitude—is intended to evolve. Over time, as more and more live banking data comes in from the initial group of customers signed up, Taylor hopes Sophie will be able to begin learning and offering customers customized advice, reminders, and affable nudges.

“We don’t want Sophie to be like your Mum,” he says, “nagging you all the time.”

Heilman says the Douugh game plan of being a financial assistant to its customers appealed to the bank. The bank uses the hashtag #PeopleFirst on its website and in social media to accentuate its pro-customer policies. Teaming with Douugh will give the bank the opportunity to raise deposits from all over the country. This is actually a second such opportunity, because, according to Heilman, the bank has offered Health Savings Accounts both to individuals and employees of companies on a nationwide basis for years.

Taylor says he hopes to have 20,000 customers signed up for Douugh by the time the service formally launches in February 2018.

Education as a viral factor

Personal financial management proves difficult for enough people that Taylor hopes to generate buzz. “Because we’ll be a force for good,” he says, “I hope we’ll get good viral.” Ultimately customers will be customers of Douugh, though served by the bank for deposit purposes. Douugh’s brand will be on the debit card’s face, for example, though Choice Financial will be identified on the reverse of the card.

Taylor is putting a great deal of his chips on the educational aspects of Douugh and Sophie. He says that he initially began speaking to larger banks in the U.S. but found less interest in the educational elements he had in mind.

“I started thinking about what the perfect platform would look like,” Taylor explains, and increasingly he saw Douugh’s partner as a community bank.

Heilman says Choice is an FIS institution and that the company’s own IT staff will perform most of the work involved in integrating Douugh’s technology with the bank’s, to ensure smooth processing of deposit transactions.

Taylor sees Douugh and Sophie functioning as a “fintech hub” in time, connecting customers with APIs that address a growing group of financial and educational needs. He says that banks sometimes make the mistake of trying to build everything in-house and he intends to learn from that experience.

Both Taylor and the bank are open to further evolution of their arrangement—he and Heilman will only say that there is an agreement running “more than a few years.”

Rolling in dough for Douugh?

What’s in this for Douugh, no pun intended?

Taylor says in time his plan is to make a return on credit-related services as well as some aspects of advice that will help customers improve the returns on their assets. In time, wealth management could be part of the mix.

Further down the road? Taylor wants to build a successful base in the U.S., but then expand Douugh to other countries.

“We’re in this to build a global platform,” says Taylor.