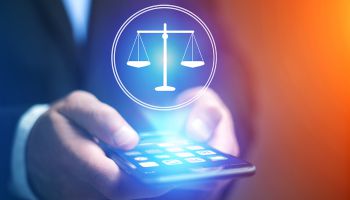 Will blockchain activity come under anything like traditional financial services or markets regulation?

Blockchain technology has multiple faces. In some cases, blockchain is used for internally regulated activity, subject to each chain’s governance structure—such as a trade-based blockchain. At the same time, it continues to be seen as something between the Wild West and anarchy, particularly in regard to cryptocurrencies, notably the very volatile Bitcoin, which is built on a blockchain foundation. Cryptocurrencies enable “ICOs”—initial coin offerings, a means of raising capital via virtual currencies. Many benefits are cited, as are many risks, ranging from unregulated securities dealing to the potential for money laundering.

Yet another aspect of blockchain technology concerns many applications in distribution and recordkeeping, ranging from securities clearing to tracking the flow of agricultural goods, all within the context of a distributed ledger with access shared by all entitled to participate in the blockchain.

Money or not, here it comes

Smith, who is also a senior officer of The Bitfury Group, a blockchain technology firm, noted how controversial blockchain-based money has become. Some countries’ governments have clamped down on virtual currencies. Some embrace them as a fast-forward to a more stable national currency. Meanwhile, in the private sector, JPMorganChase CEO Jamie Dimon earned a place in the Bitcoin hall of fame vowing to fire any employee who traded in the currency, while Goldman Sachs is exploring trading in Bitcoin at some point.

Smith said in comparison to all the discussion and frequent government intervention in cryptocurrencies and other aspects of blockchain overseas, the U.S. seems to be a bit behind the curve, overall. She said that Washington sometimes seems to be at the “101 level, maybe the 102 level” in terms of its collective understanding of the technology, its implications, and its issues.

More bluntly, Smith said that major events in blockchain were occurring around the world, and, in this country, ’it’s a little bit like ’(yawn) Guess I should be looking into that’.” She said the industry had to work at making what it is doing clear to Washington.

The Securities and Exchange Commission’s take on blockchain “is very sophisticated, but that’s just one agency,” and much of its involvement has concerned ICOs, said Kathryn Haun, who teaches at Stanford University and serves on the board of Coinbase, a major digital asset platform. (Haun is also a former federal prosecutor.) The Commodities Futures Trading Commission has praised some of the possibilities of blockchain for the commodities business, but banking regulators have been relatively quiet.

The thing of it is, does the broad blockchain industry like it that way?

Carol Van Cleef, a member of the panel, is a veteran financial services attorney who has logged her time in the halls of banking regulation and compliance. Now she leads a team at BakerHostetler, where she is a partner. The team is intimately involved in cryptocurrency launches, ICOs, and blockchain development.

Van Cleef said that once the U.S. regulators catch up, there will be an expectation of compliance with relevant laws and regulations.

She summed up the government’s attitude this way: “If it waddles like a duck, then it’s a duck.”

While some in the blockchain business might resist coming under bank-like regulation, a touch of it might be welcomed by other parts of the industry, Smith suggested.

“When you are an emerging company, having some rules of the road can be really helpful,” Smith explained. “It helps eliminate some of the people who are not legitimate.”

Continuing, Smith said she knew there were voices “in the ecosystem” that opposed that viewpoint.

Van Cleef acknowledged that, and suggested there had been more criticism of the deals than she thought was warranted.

However, she warned, “if something goes wrong, then the hammer will come down.”

“The world has become much smaller over the last four or five months, with the explosion of ICOs,” said Van Cleef. “The governments are talking. ICOs have put a whole host of issues on the table and governments have to deal with them now.”

Smith agreed, suggesting that the audience of fintech players and other financial insiders put themselves in the shoes of the public.

“A bad story for one company is a bad story for the whole business,” she said, “because regular people don’t know the difference.

Haun pointed out that the nature of the blockchain—the ability to track every movement within the chain complete with identification—has already been a boon to law enforcement.

“Our current identity system doesn’t work,” said Haun. “No one who has worked in government for any length of time will tell you that our identity system is good.” She said she thought that blockchain technology could help solve the plague of identity fraud.

“There are two things every government on earth worries about: money and security,” said Smith. “That’s why governments are listening.”

Movement in the states

Van Cleef noted that the states may add to their lead over the federal government in virtual currency law.

New York adopted its bitlicensing scheme in August 2015, the first state to do so. The Conference of State Bank Supervisors released a model regulatory framework later that same year.

Van Cleef said that after two years of work the National Conference of Commissioners on Uniform State Laws released model legislation in July 2017.

She predicted that many states would review and adopt some version of the legislation, called the “Uniform Regulation Of Virtual Currency Businesses Act.”