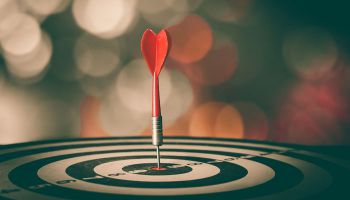 "Getting taken out, that tends to be a huge part of the investment thesis" for conversions, Compass Point's Laurie Havener Hunsicker said in an interview.

She and her colleagues' research found that, between 1990 and the end of October this year, there had been 724 conversions that went public—excluding mutual holding companies, because buyers for them are limited to other MHCs or mutuals.

Hunsicker noted that, three years after the conversion IPO date, a regulatory hold on M&A is lifted and these companies can sell to banks. Of the 700-plus conversions she cited that surpassed the three-year mark, 77% had been acquired, she said, with an average IPO-to-sale-announcement span of 5.3 years.

Building off of that base, Compass Point looked deeper at conversions that had eclipsed or are approaching the three-year threshold, are based in high-growth, affluent markets, and are either helmed by executives that had previously sold their companies or that were led by aging management teams or boards that could view sales as practical succession plans.

The analysts also considered the financial health of would-be sellers, viewing those with clean asset quality, solid deposit bases, and strong earnings as of course having added allure.

Hunsicker further pointed to Blue Hills, Brookline, and Meridian as key examples that met most or all of Compass Point's criteria. The trio are all based in Greater Boston, a growth market with a diverse economy, mounting wealth and a range of lending opportunities. Each has low levels of nonperforming assets, established deposit bases, and fiscal health. Each is beyond its respective three-year IPO anniversary. And in the cases of Brookline and Meridian, a majority of their respective directors are beyond the standard retirement age of 65.

Additionally, Hunsicker said, all three of these Massachusetts companies are relatively large community lenders—ranging from Blue Hills with about $2.5 billion in assets to Brookline with nearly $7 billion—and they could prove attractive to large community banks or regional lenders that are looking to add scale in Boston or move into the market.

"These are franchises that could be very, very desirable" to larger buyers, Hunsicker said.

Beyond conversions, particularly attractive targets tend to be larger community banks—above $1 billion assets—with notable share in markets with robust local economies and growing populations. Against that backdrop, Hunsicker said it should not surprise that the two other spots on Compass Point's takeout list are lenders in the Nashville area: CapStar Financial Holdings Inc. and Franklin Financial Network Inc.

The market, she noted, is commercially diverse with large and growing entertainment and healthcare industries, among others, and numerous universities that help feed a skilled workforce. Unemployment hovers near 2% in Greater Nashville, and the population is growing along with job opportunities. The metro area population swelled nearly 12% from 2010 to 2016, according to U.S. Census Bureau data.

Nashville "has to be one of the most desirable markets in the country," Hunsicker said, noting that the pace of banks' lending opportunities tend to mirror the rate of economic advancement in their markets.

What is more, she said, both CapStar and Franklin have either a chairman or top executive who has guided previous banks down paths to eventual sales. Banks with management teams and boards led by people who are open to the possibility of selling increases the likelihood that such banks eventually will sell, Hunsicker said.

"Now, we have a three-year time horizon," Hunsicker said. "I don't think either of these are likely to sell within a year, but toward the end of a three-year period, they would be very attractive, and a lot of people want to get into Nashville."