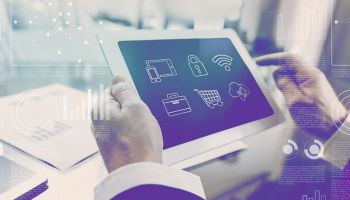 Providers of "free" financial apps can make hundreds of dollars in lead generation fees for every customer signed up for credit cards they recommend. That's one example of the tradeoffs Federal Reserve Gov. Lael Brainard says consumers are making.

The phenomenon of “TINSTAAFL” has come to the age of the financial app—and the warning to consumers and the industry came not from CFPB, but a governor of the Federal Reserve Board.

The abbreviation above stands for the adage, “There is no such thing as a free lunch.” While Fed Gov. Lael Brainard didn’t use the old saw, that was a key element of her message-cum-warning shot concerning apps that she grouped under the category of “financial autopilots” in a recent speech.

For more than a year, in her speeches Brainard has been examining the impact of the increasing role financial technology plays in American lives and in the affairs of the country’s banks. In her latest speech, drawing heavily on Fed and private sector research, Brainard inserted a note of skepticism.

“In many ways, the new generation of fintech tools can be seen as the financial equivalent of an autopilot,” Brainard said. “… As consumers start to rely on financial autopilots, however, it is important that they remain in the drivers’ seat and have a good handle on what is happening under the hood.”

Brainard had two concerns. First, how sound and unbiased are the recommendations coming from an app? Second, what happens to a customer’s data?

Can you trust your bot?

Brainard discussed the seemingly ever-increasing complexity of American’s financial lives and how smartphone apps can help them better manage their finances. She spoke of how open-source programming enables app developers to quickly build highly sophisticated programs that should be able to help consumers.

For example, said Brainard, “a developer that wants to incorporate artificial intelligence into their financial management app can access off-the-shelf models of cloud computing providers, potentially getting to market faster than by taking the traditional route of finding training data and building out models in-house from scratch.”

Brainard pointed out that widespread use of smartphones, married to cloud computing, financial data aggregation, and off-the-shelf artificial intelligence has made it possible to make machine-driven tailored financial advice a scalable business.

The rub, as portrayed by Brainard, is the matter of where the provider makes its return. Some financial apps come at a cost, while others are “free.”

In the first case, apps may be paid for by consumer fees or by employers providing them for employee usage.

However, in the latter case, Brainard added, “fintech advisors frequently offer free services to consumers and earn their revenue from the credit cards and other financial products they recommend through lead generation.”

Brainard noted that an adage of the internet is that if a product comes free, then “you are the product.” She cited research indicating that app providers can make hundreds of dollars in lead generation fees for every customer signed up for credit cards they recommend.

A lesson from Google et al?

At one time internet search engines did not make it clear which companies had paid for key exposure in search results. Brainard pointed to this as an example of what can be happening in financial services apps now.

“Alternatively,” she continued, “a fintech advisor may change the order of the loan offers or credit cards based on the likelihood that the consumer will be approved. Moreover, in some cases, the absence of lead generation fees for a particular product may impact whether that product is on the list shown to consumers at all.”

Just as the issue has a parallel in the history of the search engines, the issue of where fintech advisors make their money has older roots.

At various points in the history of financial planning provided by humans there have been debates over the pricing and preferences of types of advisors. True fee-based financial planning was considered more impartial, for example, than free or inexpensive service offered by an organization or individual that earned commissions on particular products, but not on others.

Whose data is it?

The regulator returned to a theme brought up in an earlier speech, the role of data aggregators. Consumers sometimes provide them with log-in credentials, not always realizing that they may not be dealing directly with their actual provider. There are different combinations of approaches.

“It is often hard for the consumer to know what is actually happening under the hood,” said Brainard. “In most cases, the log-in process does not do much to educate the consumer on the precise nature of the data relationship.” Often the app does not make it clear what data is held onto by the aggregator, or even who the aggregator is.

“Consumers should be able to stop data sharing and request the deletion of data that have been stored,” said Brainard.

Overall, Brainard portrayed a situation where consumer protections can be at best hazy, even where existing laws and regulations already apply.

“We have spoken to data aggregators who recognize the importance of finding solutions to many of the complex issues involved with the important work of unlocking the potential of the banking stack to developers,” said Brainard. She added that banks and aggregators are already negotiating new relationships to address data security and control issues.

Read Governor Brainard’s speech, "Where Do Consumers Fit In The Fintech Stack?"